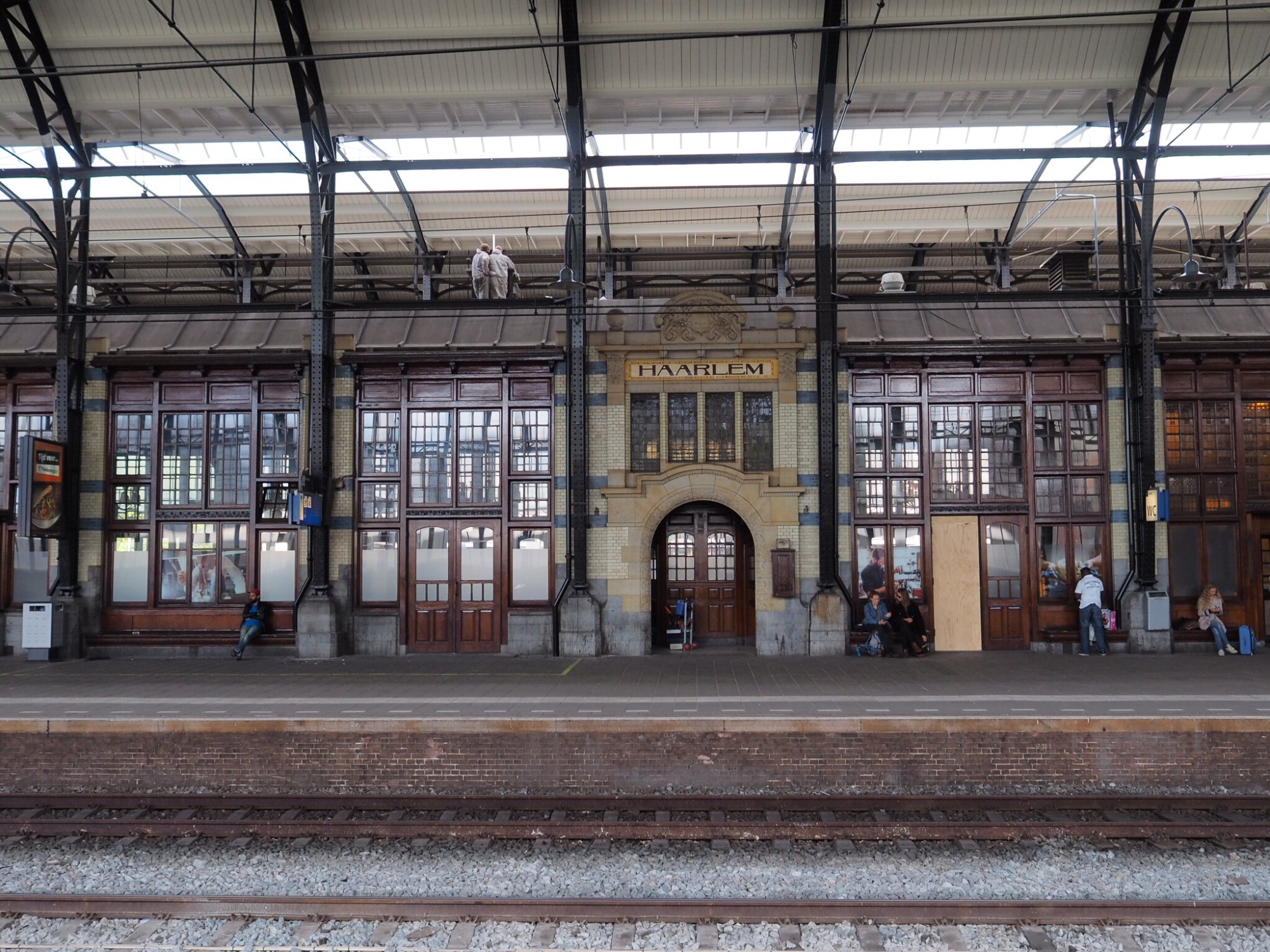 We needed to go to Haarlem to visit a museum. Chrl wanted to find out some things and actually visit the place where her roots come from. Time makes the connection murky kind of like ocean deapths. There are things lost in translation. 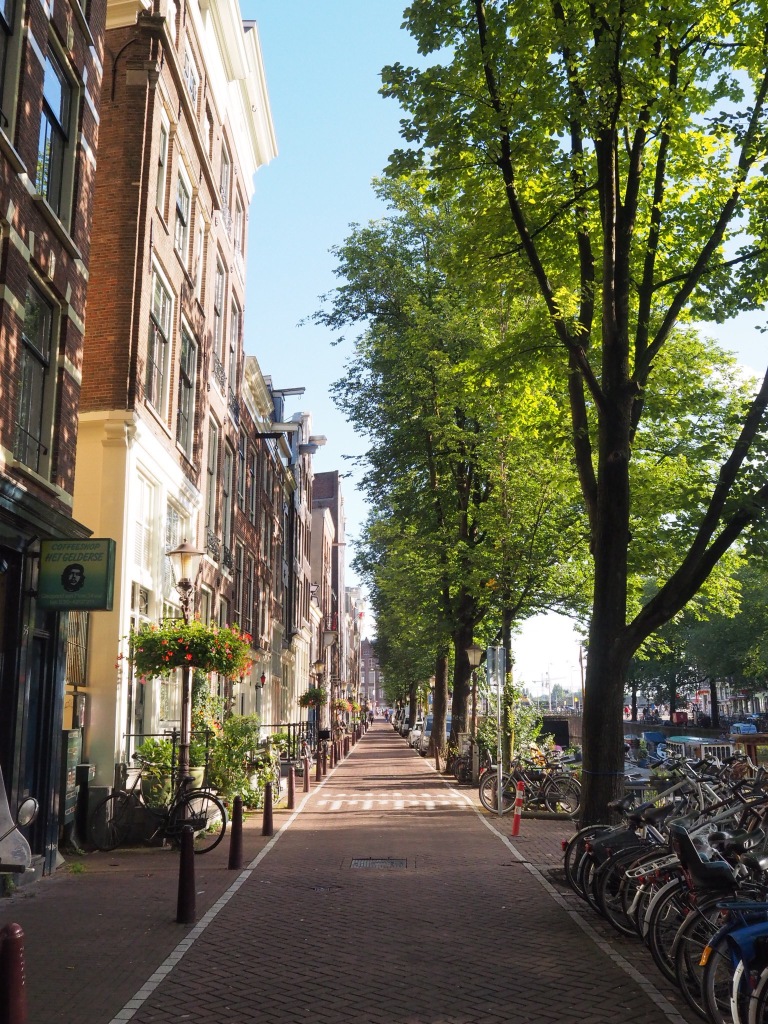 The night before we decided to walk through the Red Light district. Prostitution has been legal here for a long long time. The Dutch were a great maritime power for a time and the sailors needed to “unwind” after returning from a journey. There is a museum of prostitution there inside one of the actual buildings that used to house many ladies over the years plying their trade. There are huge crowds there gawking at them. 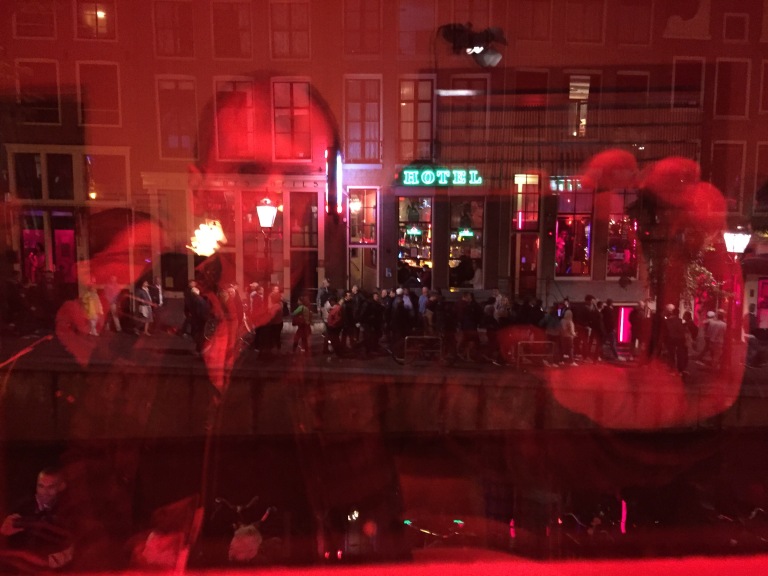 As we made it through the narrow halls we were shown a short film that was on loop showing a typical day in this area. What do these women do with the rest of their day? Why get into this work? This place is what it looks like behind the window. There is a bed, showers, and a bathtub. There were examples of fetish gear and a description of how it is used. There are also many little vignette story and information plaques. Things like how much they make, how much it costs for the space, how long a typical session lasts. The whole presentation laid it out in a matter of fact way. There is a need that these women are fulfilling and the government of the land chose a long time ago to regulate it somewhat and thus provide a safer means for providing their services. 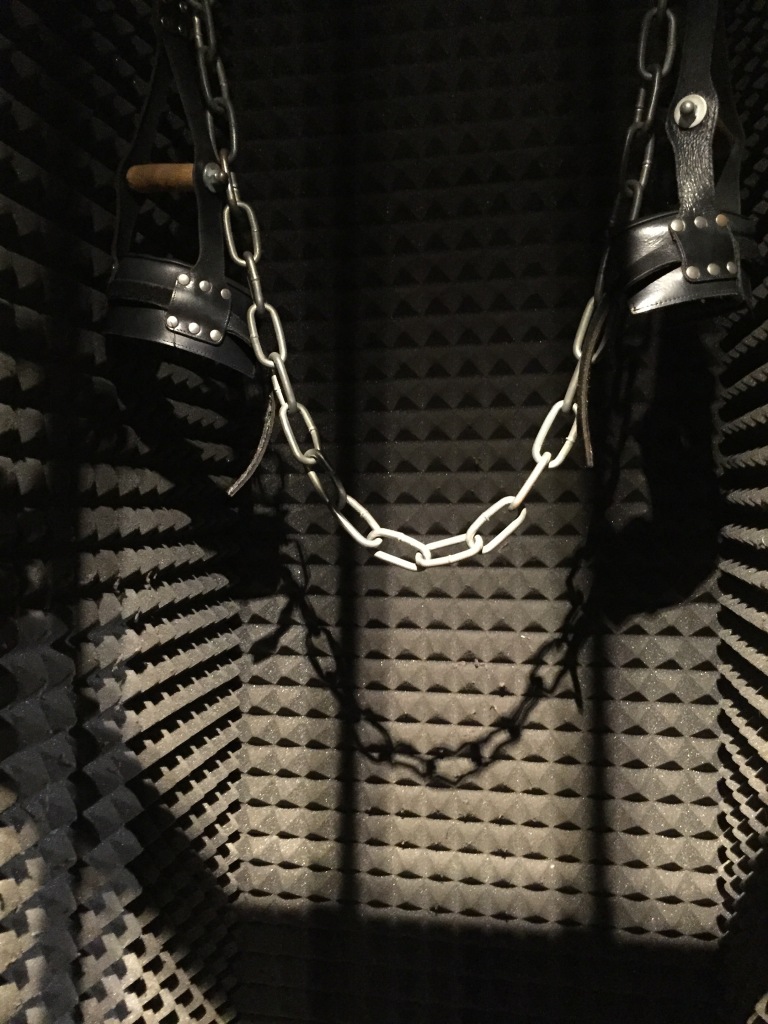 Chrl is exploring these topics in her current studies. In a way it was like a field trip to do some research. This kind of approach is also seen in their approach to drugs. Plant based drugs are decriminalized basically. How did they get to this approach? Dutch history is a long one and they have always been practical in their approach, quite methodical sometimes. This city is technically below sea level. For hundreds of years windmills have been pumping water out of the land exposing seabed that has allowed this place to exist. Houses built in the 1600’s still stand although crooked from the sagging foundations. It gives this place a magical quality. There are people with expanded consciousness walking around. It’s really wonderful.

In the morning I checked the weather and to my surprise it said that it was going to be mostly sunny. We slowly threw ourselves together and stepped out into the street and walked to the station. This early in the morning would be the height of rush hour anywhere else in the world. This would be the time when there would be a ton of people trying to get to their jobs. In the heart of Amsterdam the streets are barren of traffic. It feels like a Sunday morning as we strolled along the little streets. Shops were in the process of opening. With no crowds and great light we could get some good photos.

At the station we purchased some tickets through the machine and got some quick snacks before getting on the train. The wifi was great in the station. We got to the platform and noticed that there was a platform alteration. We quickly went down the stairs and up to catch that train. We made it just in time and found a spot to sit in. Not many people in this carriage. The flat topography passed along as we both admired the view. What we saw on the left side, the side we were on, were some dark clouds. On the right however was blue sky. We both did a double take and began to evaluate our clothing choices. Neither of us is prepared for too much rain. It should have been expected though regardless of what the app says.

Our primary destination is Teylers Museum. It is also the town where Mennonites had flourished. Teyler was important in that history with his patronage. I had never been out of Amsterdam before and this gave us a chance to see how it looks outside of the city. We were so eager to get there that we got off a stop early. As we looked around we realized that this isn’t the town center and as we turned to get back on the train pulled away. We laughed and Chrl quipped that “we wanted to check out the giant Sweedish Store.” We looked around at the landscape and figured that the next train would come within fifteen minutes. I’ve lost the connection to the oracle that informs me from the cloud. We have to read the info posted in a foreign language and the schedule in a unique configuration. The train came in about fifteen minutes and off we went.

Haarlem station is actually pretty big and pretty nice. A lot of the old features and design are still there. We made our way out and headed into the town centre. It is a short walk over a canal bridge and into the centre. The church in the centre of town dominates the area. It was built in the fifteen hundreds and looks quite stunning. This square would be ideal to have some breakfast in and and admire its architecture. We chose a spot and received prompt service. An ominous cloud moved over us and darkened the sky. The breeze became a bit more forceful and as the waitress was coming with some of our meal we asked if we could sit closer under the better awning. Just in time soon there was an intense spell of rain that fell and the tourists that were around took refuge wherever they could. The rain provided some drama to the beginning of our day as we ate breakfast. There was also this waitress that was practicing how to carry things on a tray. It was her first day and Chrl told me that she remembers her days doing that job and wondered if she could ever do it again. Chances are she won’t have to.

Pieter Teyler Van fer Hulst was a wealthy manufacturer and banker who was very interested in arts and science. In his will he stipulated and funded a foundation to promote arts and sciences. The building we are going to is the oldest museum in the Netherlands opening its doors to the public in 1784. At that time the collection that Teyler built as well as additional items built up by successive directors of the museum were displayed in the Oval Room. It had for a time the largest electrostatic generator in the world there. These were instruments that were used to demonstrate different physical properties that were new to the world. This was the time of Enlightenment in Europe. A time when science and discovery was just in its infancy and the manipulation of physical properties wasn’t honed to the degree we do now. The western world was beginning to make sense of the world through the application of methods that were discovered and developed over time. This is when science and technology was magical.

The items housed inside are truly unique. They used many of these items in demonstrating the different properties of matter. There were lectures that people attended where these items were used. Many fossil specimens were talked about as the idea that a whole fauna was wiped out a long time ago and we are just a new incarnation of that. Evolutionary theory hasn’t even been thought of and when it was they discussed it here in these halls.

There was a little also some art housed in the museum. This place acted as a kind of blueprint for subsequent museums. It wasn’t very big but we had a good time walking through it and it’s musty atmosphere amongst the various cabinets and displays.

It was nice out and we then walked along the canal and made our way to the first Mennonite church. In Dutch they have a different name and they were persecuted for their beliefs by their neighbors. This church was supposed to be secret but once we were inside I wondered aloud “how could they keep this place secret?” It was a large bright hall that one entered through a nondescript door. The church is now in the middle of the shopping area. The walls of the hallway leading to it were lined with photos of paraolympians a cause championed by Mennonites. Their community emigrated from here and set up many communities all over the world. Their hand was forced by the continuing persecution that made life difficult to continue here. Chrl sat in one of the pews admiring this space. It was important to her to see where some of her heritage came from. Her ancestors were those that left all those generations ago.

We went to De Grote of St Bavokerk te Haarlem. The giant church in the centre of town. It was standing here during the Spanish siege as evidenced by the cannonball embedded in the wall. It is a mark of how much time this place has endured. The whole floor is covered by tombstones. One of the way of funding buildings like this was to sell plots within the church. The space that this structure encompases is truly striking. There isn’t much inside. It seems like it is just being maintained as an attraction for tourists as well as a building of historical importance.

As we walked around we saw this little store selling dresses. I wondered aloud if she would check it out. It’s been a while since I’ve done this with a girlfriend. The proprietor an older male gave me a knowing look and pointed to the chair by the mirror. We picked four different ones and now came time for fitting. I’m beginning to understand the importance of this female ritual besides this is kind of fun. As Chrl came out with the first one I was left speechless. The guy stopped talking to some customer too. We both said “wow” mine probably more audible. It fit her perfectly. The rest of them didn’t have that magic of the first but Chrl wasn’t sure fully and we chatted with the man before stepping out promising to come back maybe. Outside I stopped for a sec and convinced her that she should get it. It came in a little pink paper bag. I got a big smile as we walked out the store.

There really wasn’t much else we could do today. We were going to go and see the windmills but there really isn’t that much time for us to do that. They close at five… by the time we get there. It’s alright we came up with a new plan. We were going to go to the flat and have some takeaway pizza at our flat. It has been a really good place for us to stay. Chrl managed to do a whole bunch of work that she needed to do. I walked around a bit doing some writing but I find its not as fun by myself. I came back to the flat and watched some Olympics as Chrl finished up for the day. We went to a shop to get some food and coffee for the machine in the room.

The street we are on is quiet mostly. With a cup in hand I enjoy the fresh air as a random cyclist or tourist passes by. Some even say a nice hello. We have recharged in this space. Chrl got a lot done and after a long day we retired for the night.