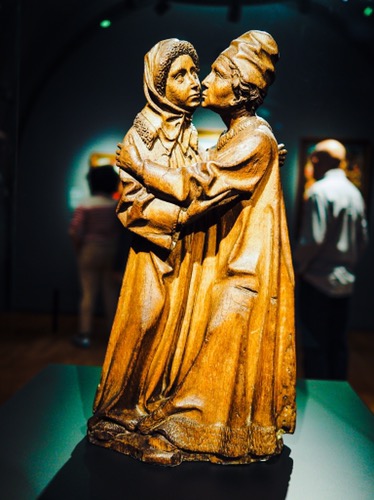 This city for me is a peaceful place. Amongst the crowds that crowd the city centre there are areas at the periphery that offer quiet sanctuary. We could be spending every single moment dragging our asses to every somewhat interesting location but we’d rather lounge.

Our little suite is sumptuous and since we don’t need to see everything we can sleep as much as we want. A holiday is about more than just sightseeing it is also a time for rest and repose. Today we were going to visit Rijiksmuseum one of the best ones I’ve been to. A good museum has a good collection and this content is displayed or presented well. This is one of the nicest museums out there precisely for this reason. Dutch history from the 1100s onwards is displayed through art and armaments that have survived the passage of time.

The Dutch were quite industrious and inventive in arts, industry and exploration. Early artists rendered religious scenes and carved idols but as time progressed this talent increasingly turned to the everyday things and events around them. Life and people are skillfully captured in moments that took time to complete. These paintings are beautifully restored and lit. These paintings show how the changing fortunes of this country developed until the beginning of the last century. After that there are photographs and modern techniques that say something else in a different way. These old pictures romanticize that period of time. The grandeur of the landscape and the heroic depiction of its inhabitants reinforces this impression. 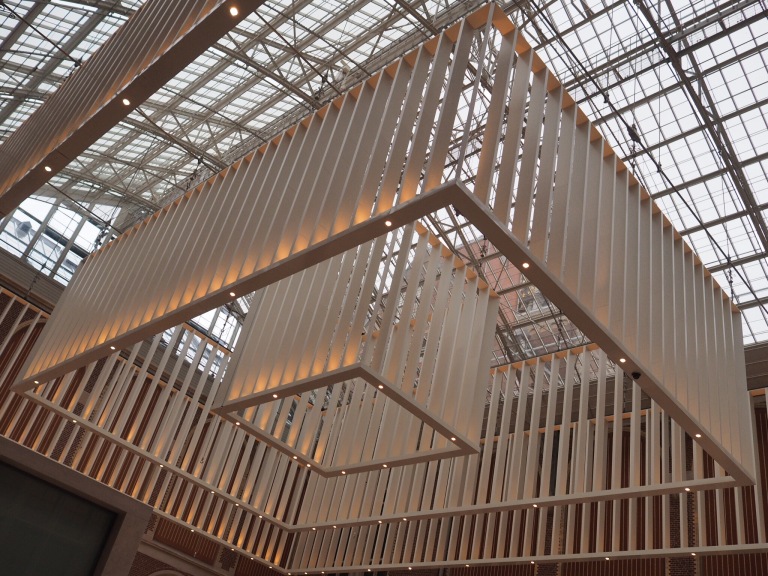 Outside it has been raining pretty hard. It was going to be like this all day. The line up to get into this place was long and as we stood in the line up we discovered that we could buy our tickets online by checking in. The wifi has been the only issue with our flat. It is there but the connection to the hub isn’t consistent and it works better in one spot close to the exit window. We don’t have a proper door.

Getting to and into the museum and then checking our bags in took time and energy. We decided to have a coffee in the  cafe located in the hall of this museum. The space is amazing and a cute older Asian couple from Texas was sat beside us. The wife had some questions for the waiter who calmly explained some things to her. We were read to order but we had to wait for them to finish. The tables are designed to seat eight to ten couples. With such a busy place this sort of thing is necessary to accomodate the throngs that come here. We exchanged pleasantries and a bit of small talk. They were on a river cruise and are retired. They met in college in Minnesoda and hail from Hong Kong. 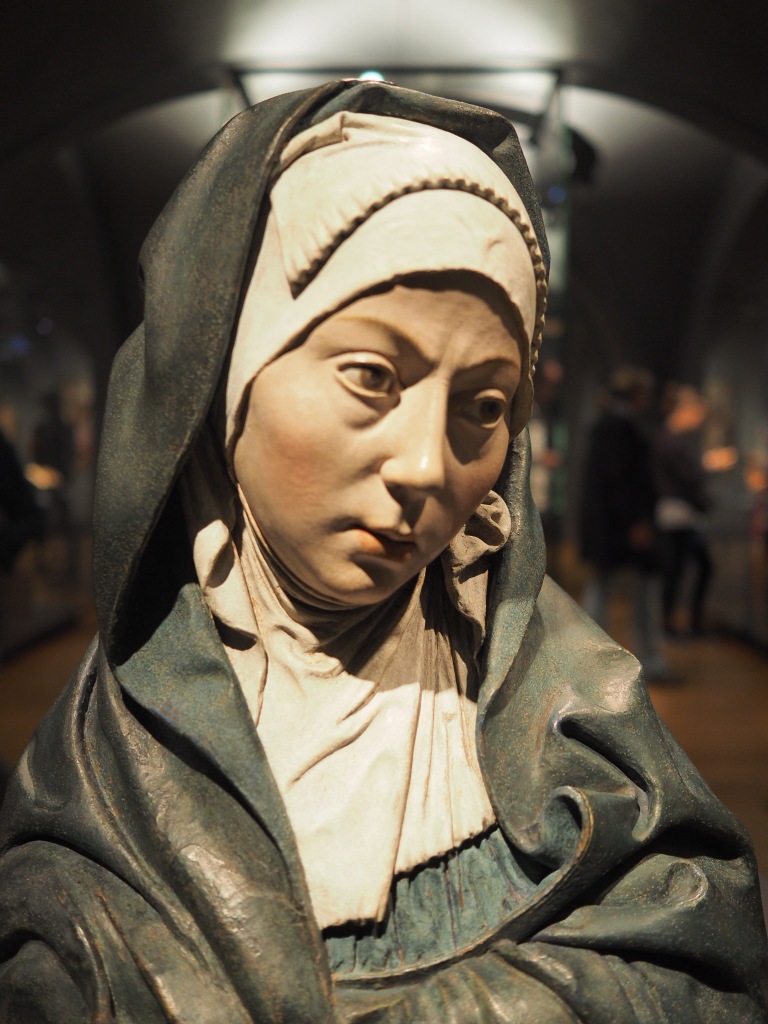 Having been to this museum before I know that it’s size makes it easy to become overwhelmed with everything. It’s good to pace oneself while making your way through this place. I don’t want to become too drill sargent-ly while moving through. I want Chrl to get as much out of this as she can. The eras in years corresponded roughly to floors. First we went through the relatively small area on the ground floor that covered the early history and then up to the second floor where the museum housed works from the Dutch Golden Era in the 17th century. This is the time when the Dutch East India company thrived bringing much wealth to this tiny nation. 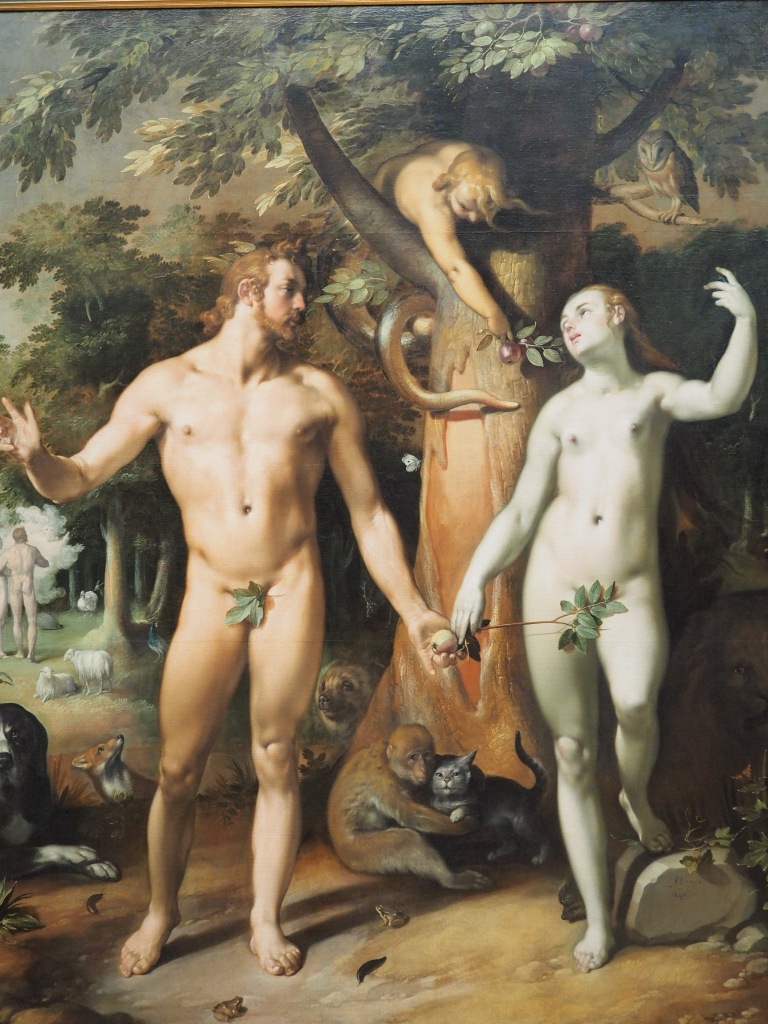 Dutch art was at the forefront fueled by all the money available to develop pieces for sponsors. This was the post Renaissance Enlightenment period in Europe. Interest in the arts and sciences was exploding as new techniques and discoveries filtered through the population and was becoming incorporated into everyday life. There was also war and catastrophes that visited the nation. Persecutions that filtered out the undesirables.

The Dutch despite their ingenuity did at different points become conquered by the Spanish, French and Prussians. Every time they regained their independence and continue to prosper as an independent nation. There is a giant painting of Napoleon hanging in the museum as evidence of his conquest. Napoleon conquered a lot of Europe and changed it for ever. The Dutch conquered and colonized many parts of the world themselves. This is how the world works though. There is a constant flux, a constant change.

We were becoming museumed out the visual explosion of color and form not to mention the throngs of people all wanting to escape the rain inside of here tired us out. This is a really nice museum and we made it through all that I wanted Chrl to see so that she could get a sense of where her ancestors are from and how history shaped the way it went. We took the team back into the city centre still having to walk a bit to our flat to enjoy some late lunch. We were both a bit tired and hungry. We relaxed for a bit and Chrl studied while I went to a coffee shop for some better wifi. I’m in the process of looking for work. It’s important to send some emails back and forth with my agencies regarding some updates. I should probably update fb and respond to some comments. It is a bit different now as a couple. It’s taking some getting used to. This is ultimately a very welcome development and I’m enjoying all these little aspects that come with it. We are fitting comfortably well together. 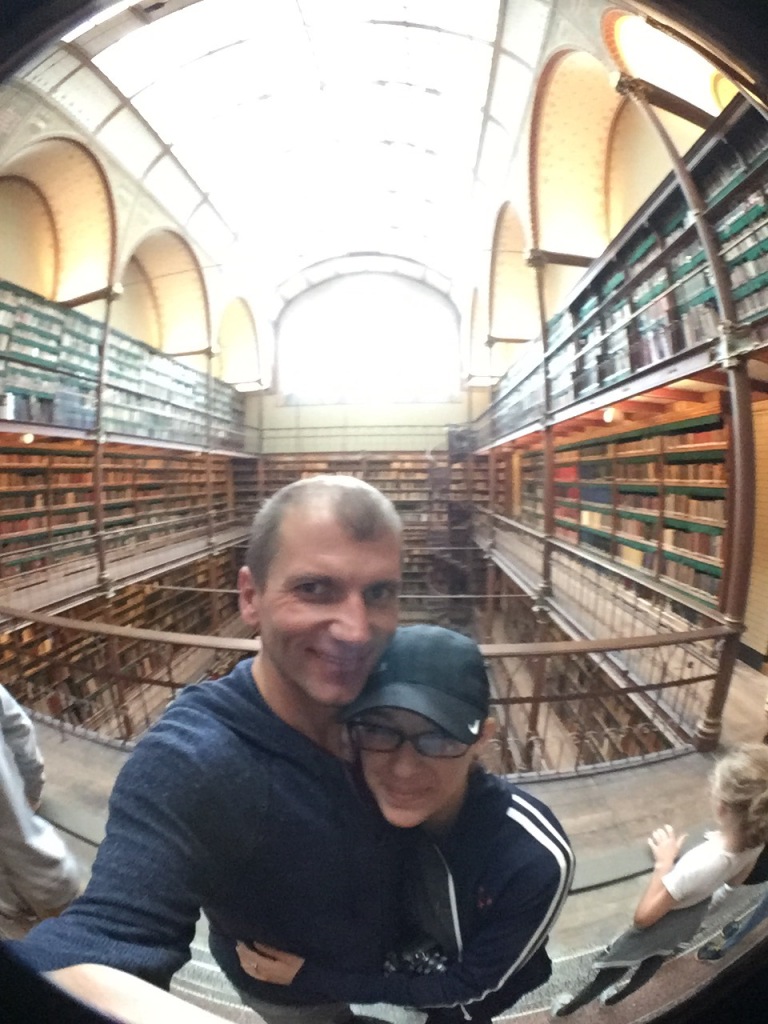 The rain prevented a full enjoyment of the coffee shop. As I sat outside the police were arresting some man who was quite vocal. He was talking trying to engage some women earlier and I wonder if his ranting went a bit too far. He wasn’t happy with what was going on. Who would be? On my walk back to the flat I saw a bike accident. An older gentleman had to break due to a tourist getting into the lane. Falls for older people are dangerous as the body is a bit more fragile and it takes a bit longer to heal. He was alright but cursed a bit as he walked off with his bike to collect himself.

There was one more museum that we had to visit the Hash Marihuana & Hemp Museum. Even though Chrl lives in Vansterdam her knowledge of the herb is limited. Not everyone is suited to partake in cannabis use. She wanted to gain a bit of knowledge about it so that she could understand it more. She wanted to learn about its history and culture. What better place than in a museum dedicated to it?

I’ve been here before too and for some reason I thought it was bigger or at least had more in it. Nevertheless, the museum discussed how hemp has been used for thousands of years by man and that hash has been enjoyed for basically just as long. Much of the museum spoke about the damage done by the war on drugs. This war is partially responsible for a lot of conflict that has plagued both North and South America since prohibition came into force in the 1920’s. Since that time police have disproportionately used these laws to persecute minorities and the poor. They are the least likely to be able to defend themselves properly. This focus on punishment without providing for adequate funding to support the communities devistates them and perpetuates the problems.

Marijuana or whatever one calls it has a lot of positive uses that are slowly being developed as sanctions against it slowly decrease. People who use it are often more relaxed than they would be otherwise and many use it as an alternative to alcohol. The fact of the matter is that it is just like any other substance that someone uses to enhance their life. It is just not as destructive as a vast majority of them. When in the wrong hands anything can be dangerous. 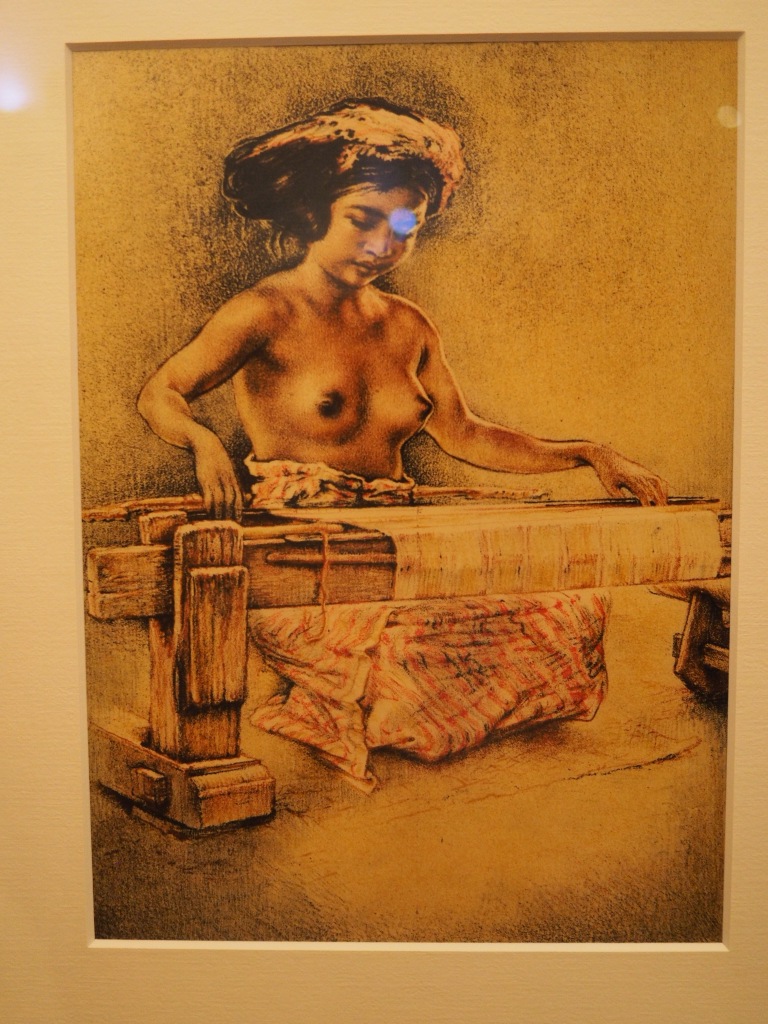 We had a nice romantic dinner at the flat. It was a simple meal. We are also trying to be frugal. We are headed into places that aren’t cheap to travel to. Money isn’t really the object but it is. Since our eyes have opened to each other things have changed. We are looking at things in terms of years together and not months or days. If we do things right we can sling shot our trajectory like an orbiting object does with a planet’s gravity.

We talk about things. Things that we want each other to know about. Things from our past, things that trouble us. We ask questions and explain our feelings as well as things that work and things that don’t. We are learning about each other in a way that can’t be conveyed through a screen because there are many aspects that can’t be digitized and transmitted. I get a kick of seeing her reactions to some of the sights we’ve seen. We are not really drinking too much which in some ways is really nice. There is no fog in the morning when the city is quiet and relatively empty of tourists. We can get the best photos. It feels like the city’s yours or just ours for that moment of time. Tomorrow it onto Paris we have an early start.