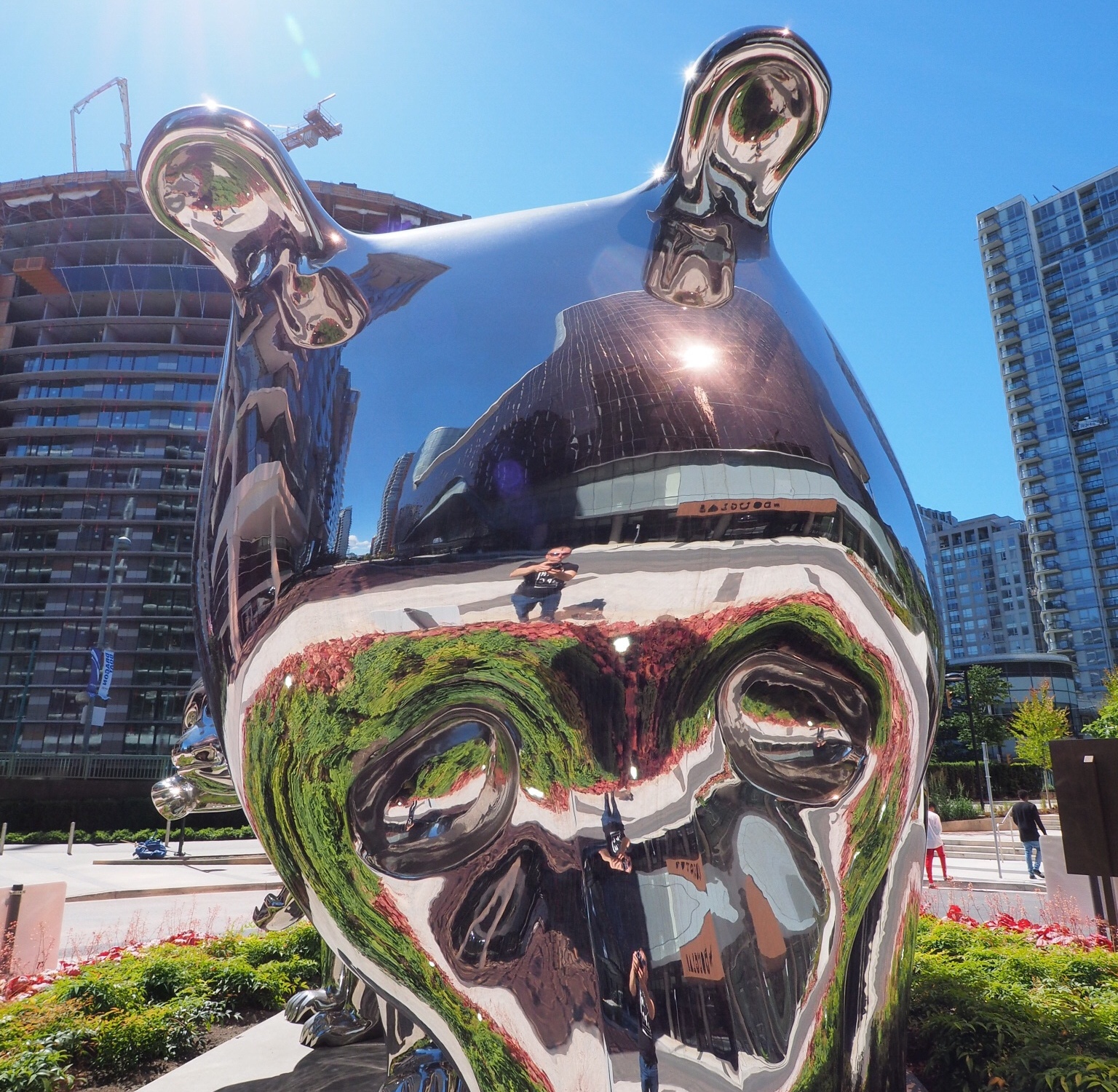 Just a few days ago, another time zone, another postal code. Sun beating down taxied down the runway waking up when the cabin stopped shaking and we were in the air. Ground moving quickly but it was us flying past onward towards the coast with a quick layover as nothing seems direct.

Travel for whatever reason spurs mental processes that sit unused once settled in a place. All those initial reactions trampled by familiarity. Confined to feet and transit my scope limited by easy access and time. Out there on the prairie where herds used to roam land is worked with crops specially suited for the environment and a loose assortment of cattle. It is a noble effort struggling against nature to produce ample crops for profit and a chance to do it all again next year.

I’m back in my “home” city. A city evolving, under construction, expanding internally and externally. An organism that grows unimpeded ends up poisoning the very environment it thrived in in the beginning. I had a chance to catch up with a friend. She told me of a development developing in her once quiet neighborhood. How the sound of mechanical equipment moving earth to prepare it for the structures to come. All those birds and little critters that roamed around displaced. Unable to relax and unwilling to tolerate what is to come time has come to move. It’s not her timeline it’s progress that pushes forward sounding like a bulldozer moving earth along with everything else.

It hasn’t even been a year since I was here last. What was once a hole is now scraping the sky. I remember what was there before and how one Christmas morning it was ablaze reducing the old structures into rubble. I used to frequent the convenience store over there getting to know its proprietor. He was across the street that day looking despondent. His life savings were tied up in that business. Later on there were rumors but nothing unsubstantiated due to the circumstances. It wasn’t the only place that burned to the ground in Mount Pleasant. Memories of this time may be a result of how long I’ve been there and how long it’s been since I’ve lived there. Should have gotten into the market somehow if I could have. Didn’t need a crystal ball to call the market just needed money. Now to make it back here need to win the lottery. With all these high rises comes density and it is beginning to resemble some of the cities I’ve visited on the road during my travels. These buildings are on a spectrum of completion. Some are lived in, some are completed, some are just getting started. These buildings will be neighborhoods. How are they going to develop. Will the tension created by unaffordability undo the civic designs envisioned by the architects? I’m enamored by thoughts of making it in the city. By closeness to the ocean and mountain views. They are new and hip and there is a promise of a wonderful life right in the middle of the city. Cities are vibrant full of people all on their own paths of fulfillment. Increasingly however that dream is out of reach. Inflation has creeped along driven by market forces exacerbated by external capital. There is something to be said about being under the radar laying undiscovered. Once the secret is out there is no turning back but that is what was wanted. Look over here at the beauty of this place…

Out on the prairie it is flat. The market is flat growth a bit stagnant. There isn’t the same kind of exuberance but there is also a lack of this survivalist stress, no need to hustle as much or as hard. You can copy what’s here in this big city and bring it over there. Good art needs the freedom to fail without dire consequences. It needs low cost spaces to gentrify and be free in. That’s from Parts Unknown Berlin.