We made some time for each other as we saw a space in our schedules. That time coincided with the weekend rains that were forecast to drench the Lower Mainland. Still reeling a bit from the sickness that has stubbornly maintained a grip on our bodies we decided that we shouldn’t face recouperating alone. 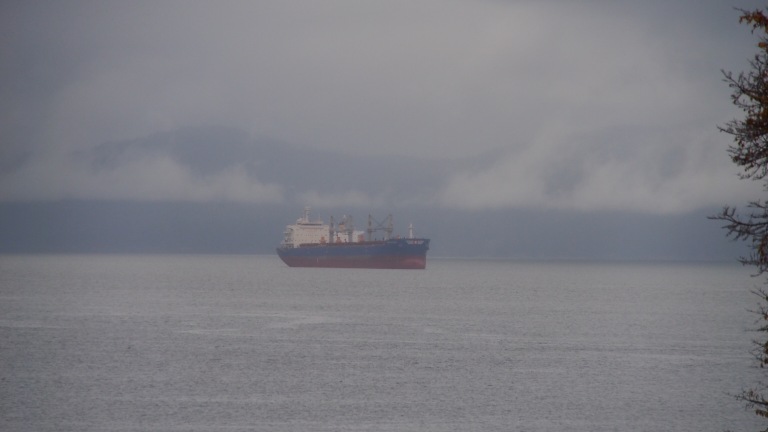 Friday in the morning was spent catching up on chores that were necessary for a clean presentation to the outside world. The world populated by others who as civilized beings try to present the same clean image. That image would soon be washed away by the misery of the coming rains. It is important though to project a clean image. Even if it is illusionary in a civilized world appearances make the first impression however shallow relevant. In all fairness though it’s nice to have clean clothes and a clean place to live in.

At some point on Friday it dawned on me how quickly time has been passing. In my mind all these decisions and events have coalesced into a paralitic force that has made me unsure with some basic decisions. At some point in the day that panic as to what to do next and when it has to be done becomes a flurry of activity. I’ve been putting off writing emails. I’ve put off searching for a flight. I’ve delayed sorting all the stuff in my room in preparation for packing. I seem to do this sometimes fall into this malaise before a move. I attribute some of it to the way I’m feeling. With a time set I wonder off to meetup with Barbs. The journey took me by City Hall station where they were announcing and hoping for us to participate in a march for something to be done about Climate Change. I got tired of waiting for the bus and decided to walk there.

When we finally did meet up Barbs and I chatted and laughed about our somber day and how tired the early evenings are making us feel. We wondered out into the night for some Thai food. The rain was light when we left but heavy after our meal. The rain fell with varying intensity as we discussed the various experiences in our lives. When we finally got back we drugged ourselves with cold medication and drifted off into a long slumber which we were surprised about. 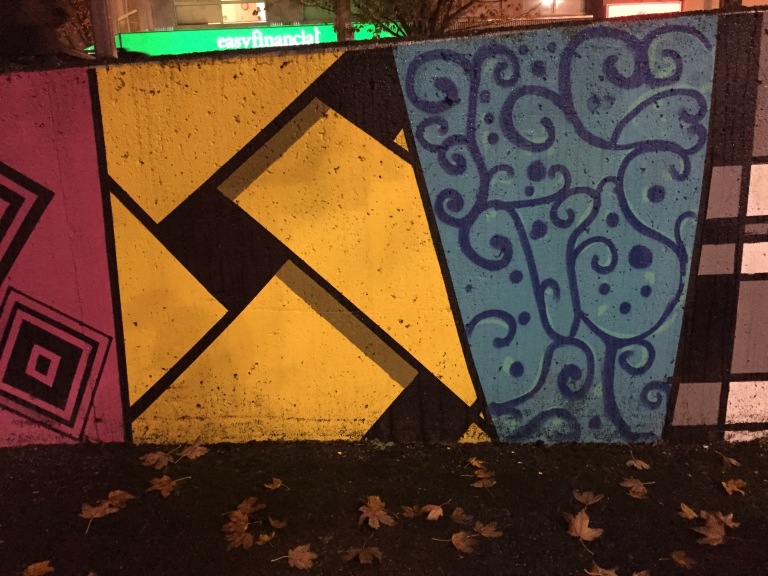 This cold or flu or whatever it is that’s going around has had a weird gestation period. Last week when it started it came on strong and there may have been an element of a fever in there somewhere. As I returned back to work I did feel better only to have those tired feeling symptoms return as the week progressed. Subconsciously the body knew that some time was coming that it needed some time. The nasal congestion persisted in a cyclical fashion. It is not intense where no air passes through. A periodic cough produced some discolored phlegm. Barbs caught this from me and in her it seemed to have the same trajectory of symptoms. It was a perfect storm. Both of us don’t often get sick but here we are. We can use this time as we want free for the next few days to rest and recouperate.

Maybe it’s the persistent greyness and the early sunsets but the day wasn’t good for anything but napping and chatting indespersed with some coffee and tea. There was a panic in the morning as none was found in the fully stocked kitchen cabinets. We had some breakfast and talked with her new roommate who came in and out throughout the weekend to add some personal anecdotes from her travels and experiences around the world. As all of us have some degree of higher education we discussed the various social curiosities that exist around the world. We talked of the geopolitical consequences of colonial rule and the way they have shaped today’s troubles.

Having limited time allows people to dispense with the pleasantries and be more open to new experiences. This time we have been spending together has in a sense been healing for the both of us. The added warmth facilitates expression and we find that we are comfortable around each other. On occasion this makes me think about the decision that I’ve made but I know that in the future we would come up against a couple of issues that would doom us to a conclusion. I am learning to enjoy the present and I know she appreciates that.

In a sense the temporal nature of bonding leaves in us an impression that shapes our future behavior. Every experience is different but in them there are commonalities that when paid attention to show us the degree of compatibility we can have. Not every touch is electric but some are more pleasurable than others and some are more comfortable than others in the way that this is expressed. I can only express so much in words about it without delving into specifics. I’m not an exhibitionist in the sense that I’d reveal the most intimate details. But having said that there is a compatibility that we are both pleasantly surprised by.

What I like about all of this is having someone to talk to about some of the things that pass through my mind as well as discussing her thoughts. Sometimes it’s just nice passing time in silence comforted by another’s presence. It is in this aspect that sometimes my thoughts fill me with sadness knowing that it is only temporary and that a new adventure will start in ten or eleven weeks time. Sometimes one thinks that growing an attachment to another only to have it severed later isn’t wise. The alternative is to wonder about how it would be if we spent this temporary time together in misery alone. The temporary nature of bonding facilitates growth sometimes through its duration and sometimes through intensity.

Barbs is very interested in the role that women have in society. She is fervently working towards empowering women through the work that she does with various non profit organizations. She shares some of her experiences through artistic expression and as a facilitator in small group of like minded souls. They have learned to overcome their destructive patterns in a supportive group setting and regularly meet to discuss their progress. We have sent various articles to each other as a means of having an intellectual discussion about them even if sometimes the nuanced points are silly.

We spent the weekend relaxing and recouperating. On Sunday afternoon we collectively went to have brunch and I came home to my flat feeling like the sickness was starting all over again. It’s a strange tiredness that I’ve been feeling for a few days now. In the end after some tea and a bit of reading I slumbered. Today on Monday I feel much better and I wonder if the bright warm sunshine has anything to do with it. There is something about the effect of the sun on the skin that produces that feeling of joy. That vitamin d that is produced by the skin has been shown to increase the feelings of euphoria. Or could it be just having spent a nice weekend with someone. Either way some things that I’ve procrastinated against have been done. While others will be attended to shortly.

Sometime down the line I’ll think about these times in relation the the present moments that I’ll be having then. I’ll think about the strange way that life presents different aspects into my life and the way in which these subjects burrow themselves and intertwine with the life I’m leading. There is a quiet confidence that masks a subtle anxiety as nothing is entirely clear in a dynamic equilibrium. That’s all I have to say about that.