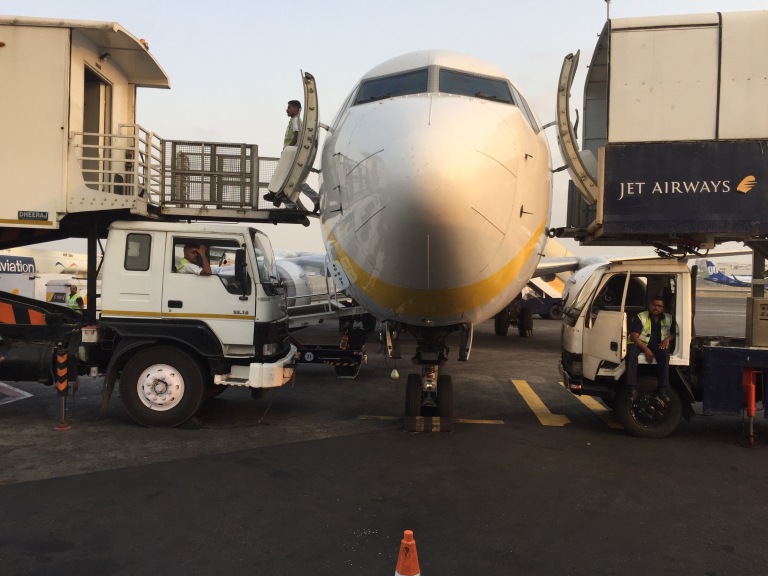 I have lost count of the days now. It think it’s the nineteenth day.  I got to the airport a bit early but I’m not going inside just yet. There is a security check in at the door and there is no point in being inside when there is so much happening outside. I found a spot in the shade close to the two stands that sell coffee and food. It’s by the arrivals portion of the airport and I had to pass through a phalanx of cabbies itching to give me a ride. In those few seconds you size them up to see if you’d let them drive you somewhere. Like the cabbie that asked me this morning for a ride and I told him later. We negotiated a price but I ended up giving him what he asked for initially as a tip. This airport is far from where I was staying. The hotel let me check out a couple of hours late. They were hours well spent idly sipping some coffee updating and researching my itinerary. With a slow connection it all becomes work rather than pleasure. I had two showers this morning. The last one right before leaving.  Sweat develops copiously in these hot humid conditions. So far I’ve tolerated the heat pretty well pushing myself a little bit to see how the body handles hydration. I’ve been impressed with how everything feels save for the blister which I lathered in antiseptic cream to prevent infection.

Had a chance to talk to the proprietor of the hotel. She and her husband own the place. The husband’s father opened up a restaurant in a different location and eventually they opened up a restaurant at the present site roughly fourteen years ago. They scrimped and saved and ended up getting a loan to finish the hotel nine years ago and they’ve been managing ever since. The Kingstork Hotel has given me a great service from giving me a room at four a.m. in the morning to having a decent breakfast and being in a great location.

The ride to the airport started promptly at the prearranged time of noon. I noticed the driver put on white trousers before getting in. I figure it’s a uniform requirement based on the amount of white I’m seeing here sitting in my little spot. The way that traffic moves along is fascinating. There is a lot of honking going in as it serves to announce intentions of the drivers moving along. Some roads are wide enough to have two or three lanes of traffic maneuver through. Many don’t wear helmets in their scooters or motorbikes and the few accidents I’ve seen didn’t appear to require ambulance assistance. We were only really stopped twice along the entire way. Somehow the nature of the traffic here maintains a steady rhythm without people resorting to road rage. We passed construction sites where they were making road improvements. There were people using sledge hammers to break up large pieces of rock which serves as the base layer for the upper ones. Long sections were slowly being laid out for paving by a crew that numbered in the dozens. These newly finished roads are actually quite nice. I didn’t feel any pot holes. 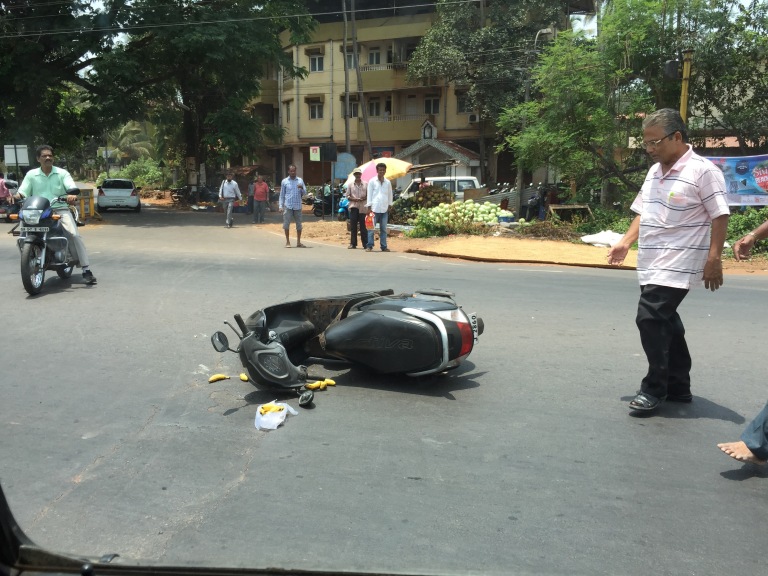 I just watched a western woman try to feed a dog with a rice dish. From my feeble attempt at communicating I gather that she is from Russia. The dog smelled the dish and licked it’s lips looking away from it in disinterest. I wonder what that says about the food or does it say something about the dog. She took the dish to the other side and threw away the empty container that was finished off by the pack on the other side. One of them came up to me and with its dog mannerisms indicated that he wanted a bit of attention. He got comfortable at my feet as I proceeded to continue writing my story. The women walked away when their friend finally got let in through customs. We just passed each other on our way to our respective destinations. 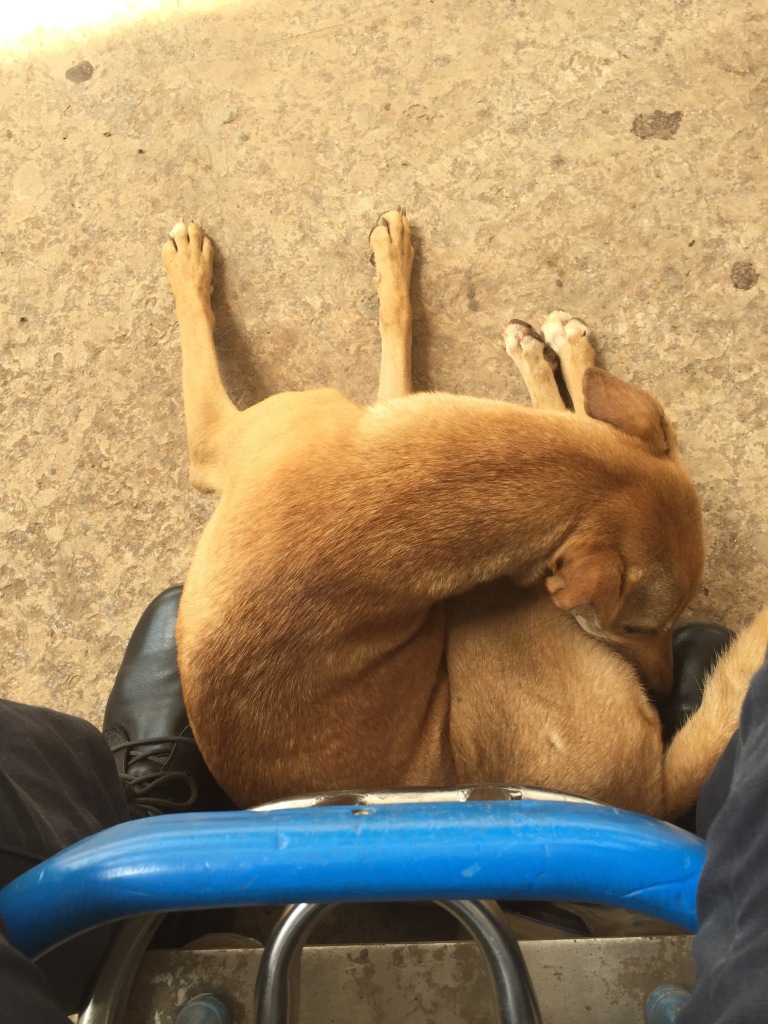 I’m enjoying this indulgence and vow to continue it taking a cue from my intuition to indulge in this activity. I observe some tourists with so many bags idly following their driver. I’m traveling light by comparison.

There was a bit of a worry about the flight. We should have been boarding by now but we were still waiting in the lounge at take off time. I have a connection in Mumbai that I have to catch thirty minutes after I land. They have a system for this eventuality let’s see how it functions. The security check in is also convoluted but it appears to work. I was quizzed over the contents of my checked in bag and confirmed their suspicions. I had to go through the personal check in a bit later. I didn’t like that one as it separated me from my belongings in a questionable manner. I’m being a vulture when it comes to these things. Essentially they want you to drop off your bag at the X-ray machine and then line up to wait in line to be personally screened. It’s easy to have your things go missing. I almost panicked when I didn’t see one of my bags eventually spotting it crammed under another. I went through without a problem needless to say. I got the stamps on all my tags and ticket too. These stamps were checked at every point upon entering the aircraft. It was to ensure that everyone had had their things checked thoroughly.

Met a guy from South Africa in the “relaxation” lounge and I told him about being there enjoying the braai. This room kept getting a steady flow of people moving in and out. It wasn’t that relaxing. What does one do while waiting for boarding? It’s essentially check out other passengers and observe what they do. Sometimes help someone out when they ask. Like the lady from Australia who couldn’t understand what was being announced. I assured her it wasn’t what she was hoping to hear. We ended up sitting together later on in the same row sandwiching this older Indian man with a sense of humor. We shared our experiences of Goa as we flew to Mumbai. It was a short flight only about an hour compared to the epic ten or eleven hours on that train. 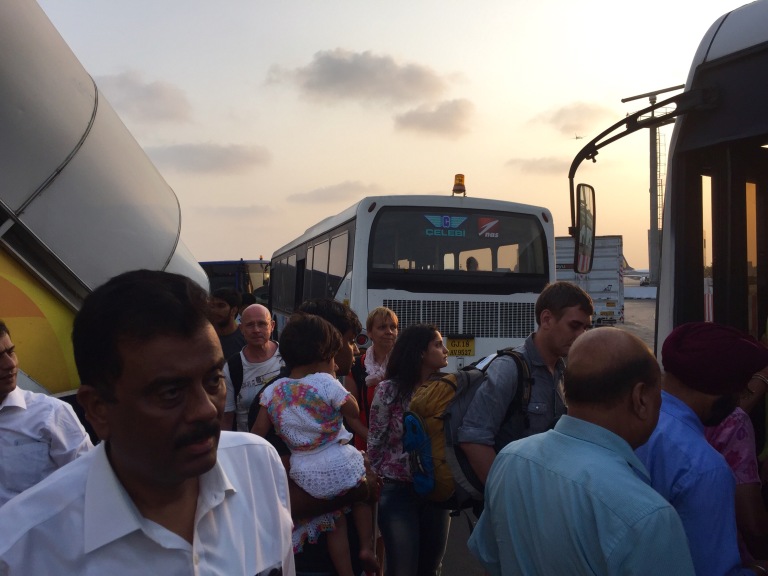 There are numerous others flying to Jaipur along with me. It is actually a bit reassuring that there are these others. We were gathered by the plane cordoned off from the rest of the passengers that were being transported to the terminal. We were directed onto another bus and driven to the waiting plane. I was sitting on the side of the plane where they load the luggage and I saw my bag being loaded. With this I felt at ease as we took off forty minutes later. I’m actually pleasantly surprised at how this all works here. Maybe things aren’t that punctual but they somehow run as needed. I just had my second airplane meal in as many hours and even that wasn’t that bad. Let’s face it its airplane food but the contrast to what I’ve experienced before in terms of quality is comparable. I should be landing in about forty minutes I’ll enjoy the coffee now. That is once we pass the turbulence. 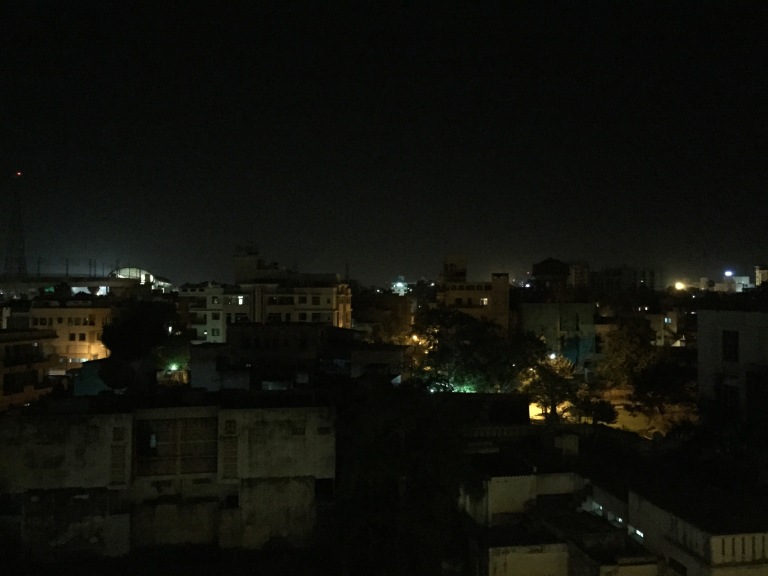 I landed safely and met my driver Harri. Seems like a nice enough bloke and he drove me to the hotel from the airport. It’s a nice enough hotel with everything that I basically need contained within here or a close distance away. I had a light meal at the rooftop restaurant and had a beer. I ended up chatting with one of the staff who works as an “artist” manufacturing and performing with puppets. He was practicing his English and told me about his travels to Bangladesh. He had a hard time over there because they don’t speak Hindi there or any of the other languages he speaks. It is actually quite impressive to be able to speak so many. I gazed out over my limited view of the city wondering what will be in store the next day.