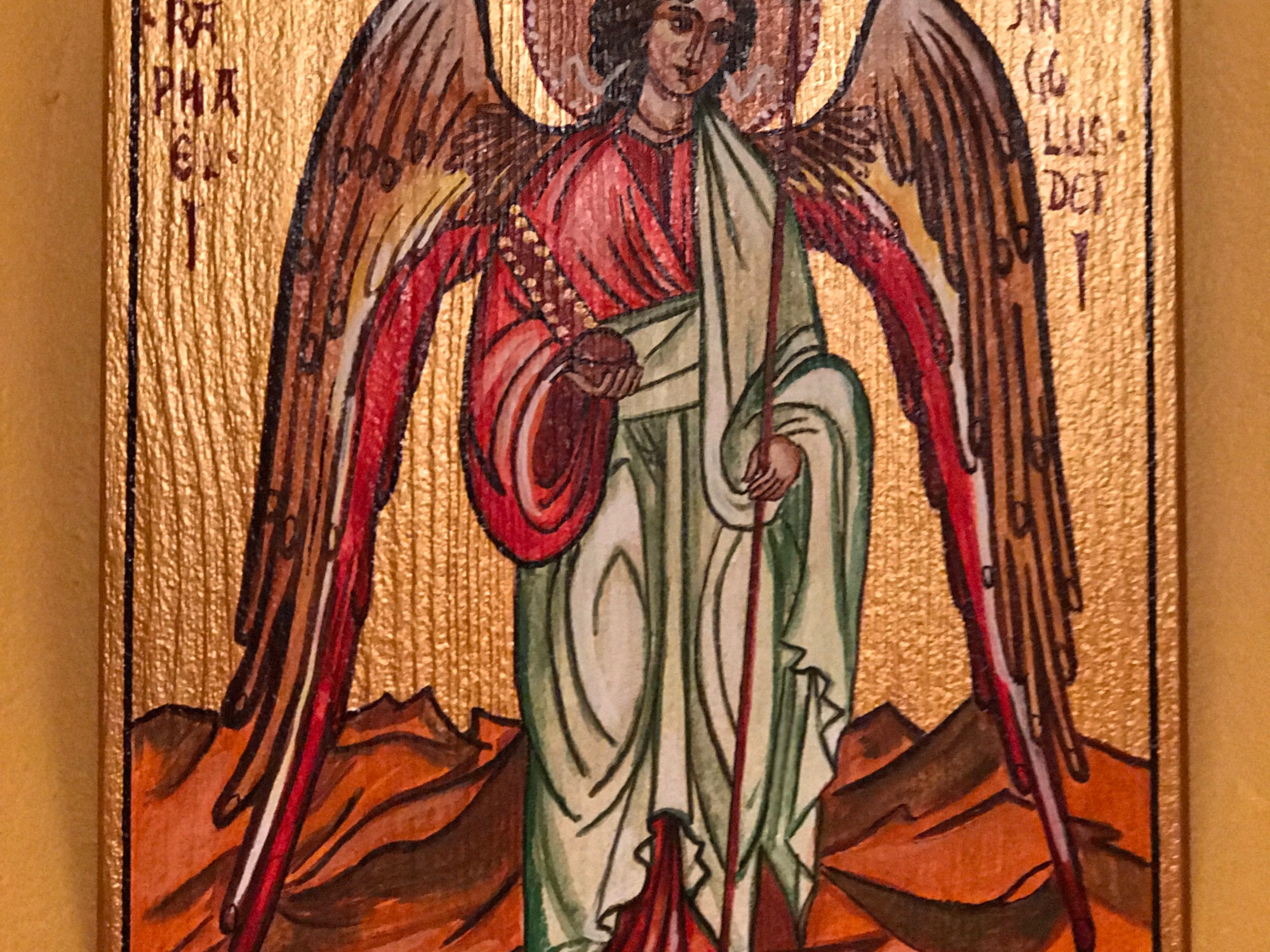 After a long journey and being up for a long time sleep is a welcome activity. I stayed up for close to thirty hours but after seven hours of sleep I was up at five am. My body thinks it’s the afternoon. I listened and got up feeling a bit disoriented and in a dreamy state. 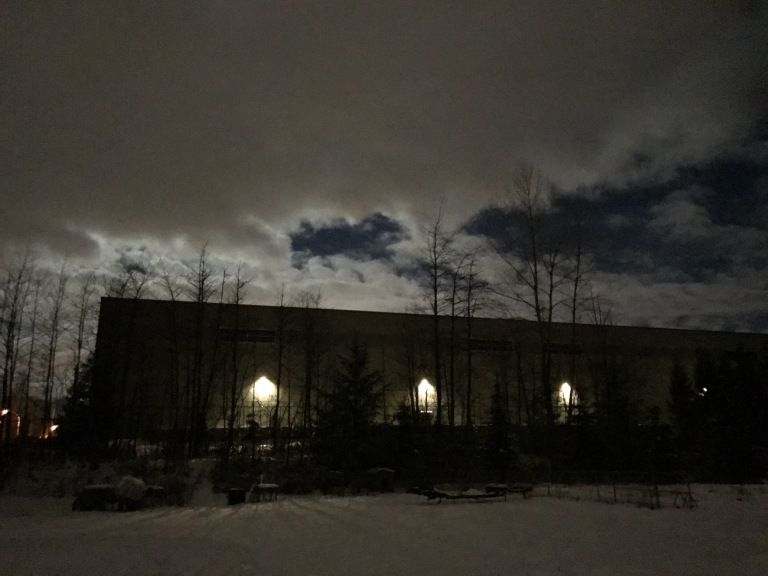 It was still dark as I paced around downstairs. Made a few coffees and began the mammoth task of repacking. I was still waiting for my luggage. They called the night before and it should get here by noon. I’m glad I don’t have to go and get it. That would be the worst thing in these conditions. The other question is how long would I last? After a few hours of being up tiredness once again began creeping in. There is no point in wasting valuable daylight on sleep. I have to at least make it until the luggage arrives. 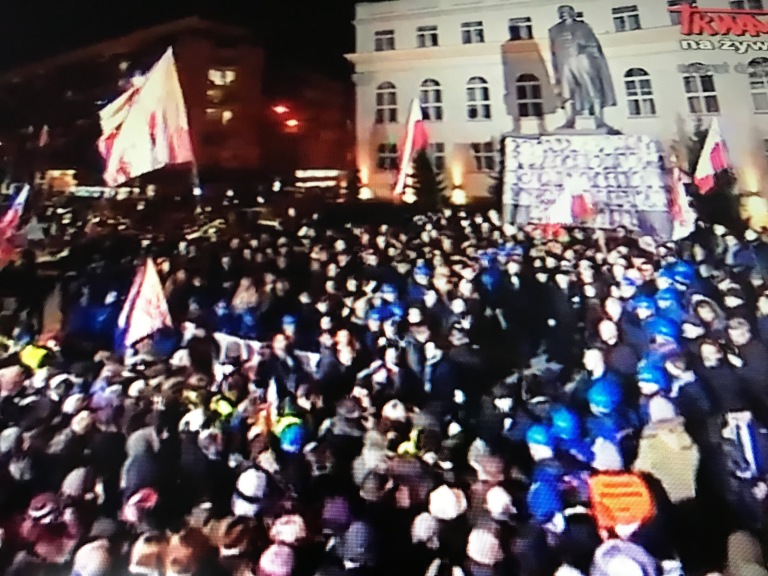 Once my parents woke up I had some company. They began watching this feed from Poland. It was the thirty-fifth anniversary of the enacting of a State of War in Poland. It’s essentially Marshal Law that gives the state increased powers to arrest and detain people. Poland was a communist country back then and the Solidarity movement was beginning to gain momentum. This was a movement that started in the late 70’s early 80’s and it got the government spooked. 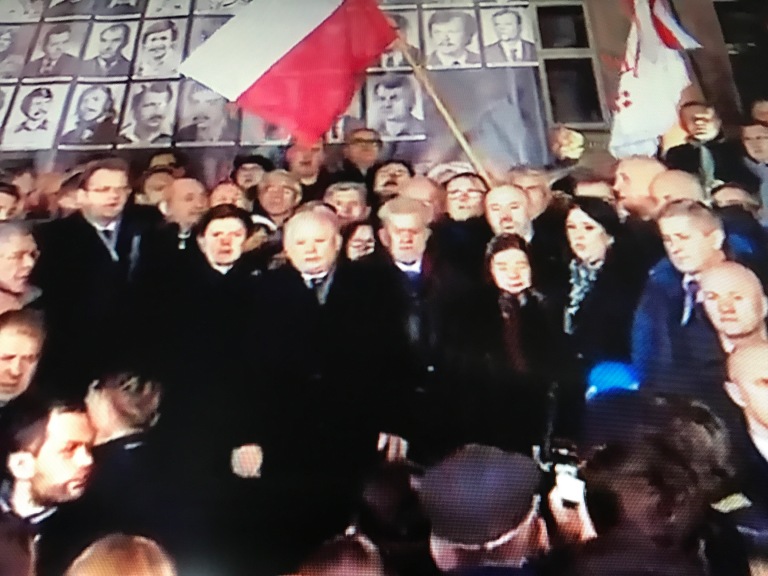 The feed we were watching was beamed from Warsaw one of the squares around the Centre of the city where Chrl and I stayed in the summertime. It looked cold over there. The coldness spread up all of the speeches prayer and singing that took place. It was not a celebratory event but more of a somber one. The names of those who perished directly as a result were read aloud followed by a chant that roughly translates as “…died for Polish freedom.” 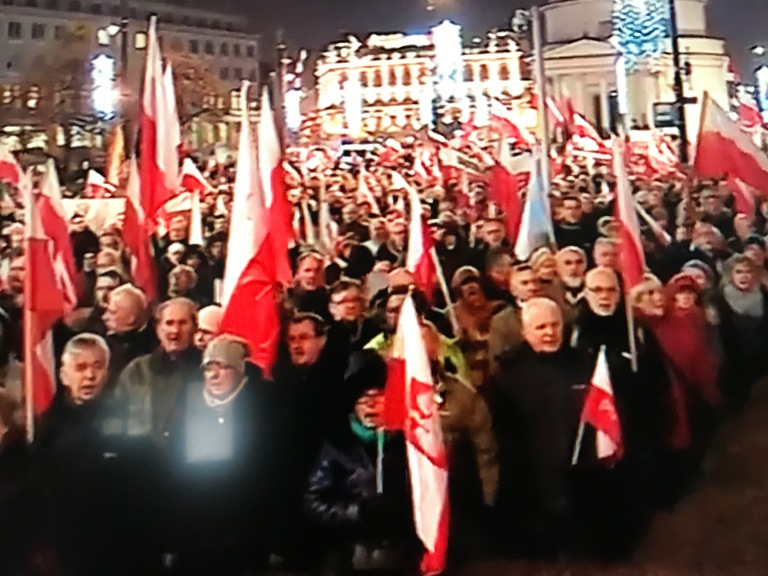 My parents started to talk about what they remember. Everything was regulated and rationed as if Poland was at war. Food, clothing and any other good or service. Freedom of movement was restricted. You were only allowed to travel a certain distance within your reigion. You could not listen to foreign radio broadcasts. You could be detained at any time. People disappeared. No one trusted anyone. 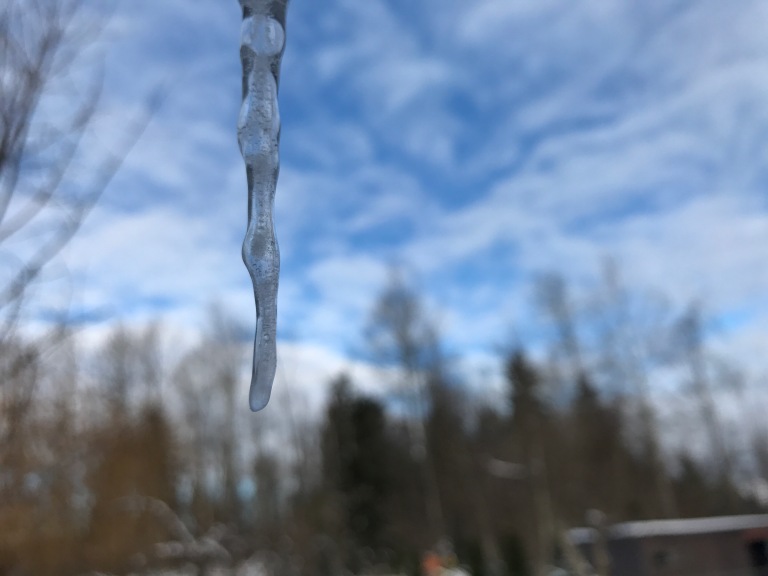 These events caused my parents to consider leaving the country. Anyone that could did leave. Many escaped to North America others to other parts of the world. My dad told me of having to wait in line at two a.m. for supplies for his sausage business. Toilet paper was in short supply and I remember people telling stories of large suitcases being filled with just rolls. When people came to visit that’s what they brought with them. That’s what people asked them to bring. Imagine.

This anniversary comes as the world watches what is going on in Aleppo. All those people suffering constantly bombarded with no place to go. Strong arm tactics by a despot clinging to power with the support of another powerful ally. The same ally that Poland thirty-five years ago wanted to free itself of. I don’t post or repost images of these events happening out there but neither do I with any other political matter. My feed is clear of these things but it’s not like I don’t think about it. I see a lot of similarity between that conflict and many other ones happening now or throughout history. 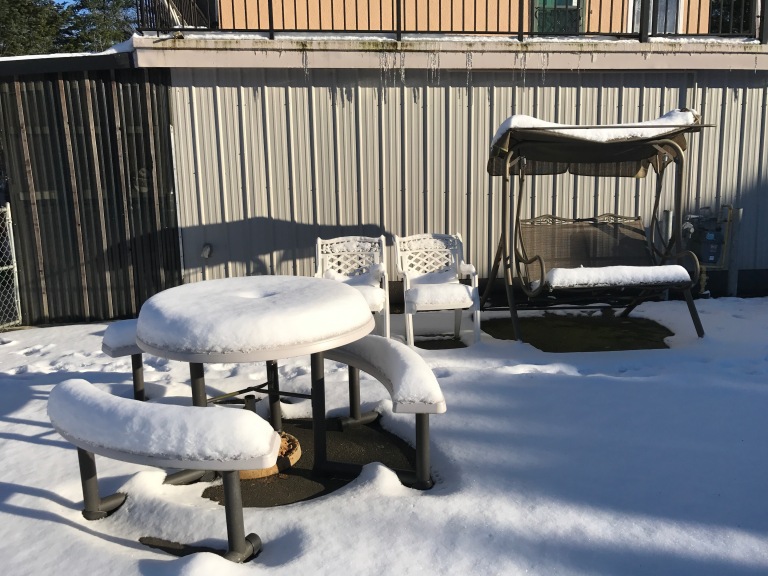 My parents were a bit emotional as they recalled what they had to do in order to make it into Canada. The state of war lasted for about two years. Things got progressively worse in the country. Dad and I left thirty two years ago, that anniversary corresponding to the day I left Poland recently. Mom, my brother and sister joined us two and a half years later. My mom recalled being interrogated and told that my dad probably found someone new and that he didn’t love her anymore. Everyone wanted to be paid off. She couldn’t tell anyone what she was up to. There was no one she could trust and not many she could confide in. She couldn’t get any papers or a passport. Restrictions continued after the the state of war was lifted. 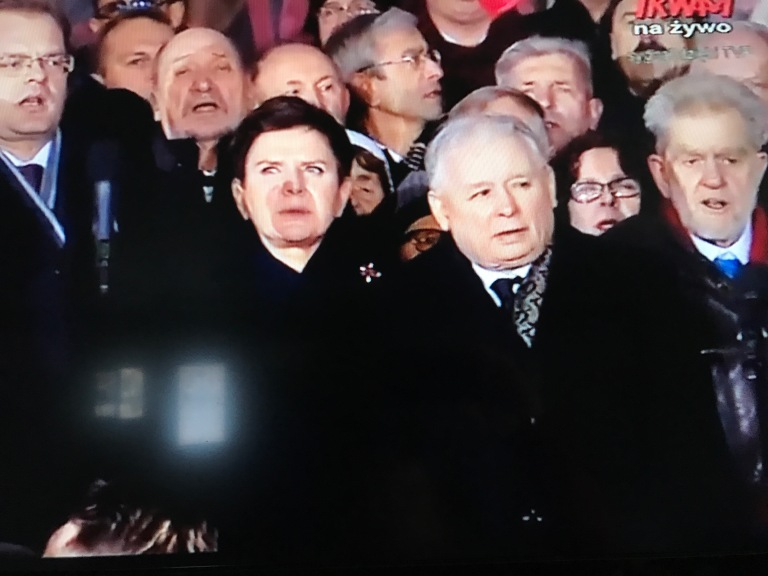 The ceremony had the present government in attendance as well as making speeches. There was an old actress who recited an old poem from Poland’s past that was a rallying call in those days past when the nation was divided amongst its neighbors. It was weakened from years of war, looting and slaughter. The present government seeks to replenish pride within the nation even if it conflicts with the status quo. It’s nationalism a fire that burns in other nations as well, creating schism and tension that is yet to bear fruit. 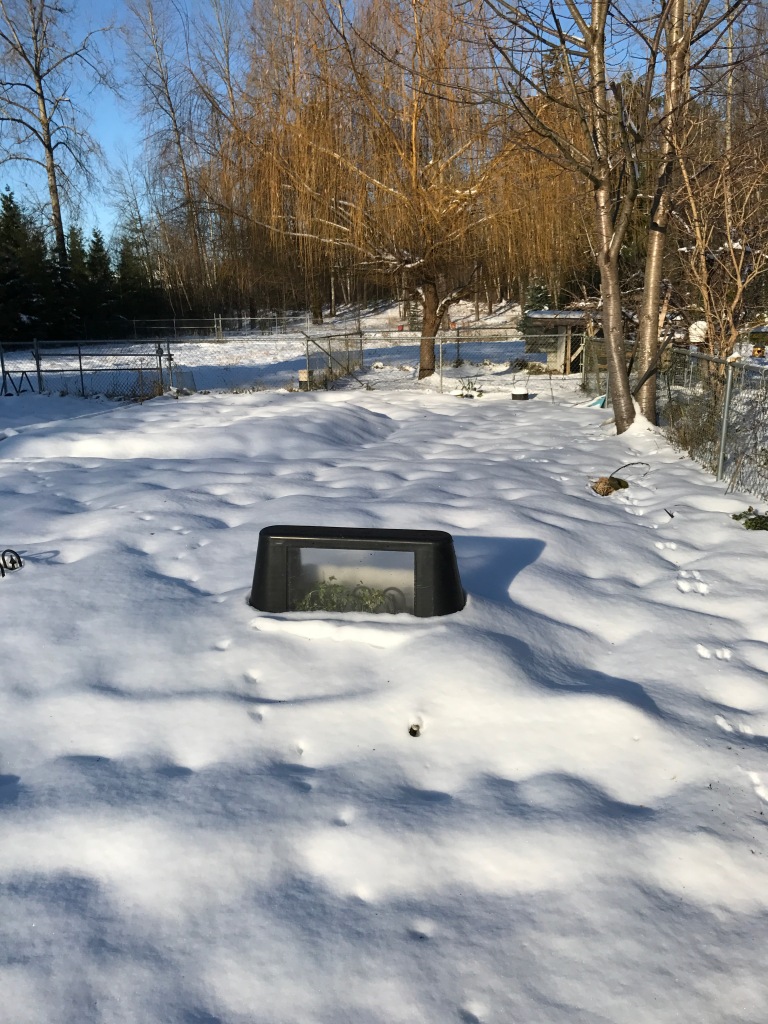 All this emotion and the puttering that came with it as I kept trying to stay awake lead me to the conclusion that sleep was in order. I was up at eleven at night. Wide awake in the darkness and cold that has uncharacteristically blighted this land presently. Why now? At least I can start getting acclimatized to the temperature. Since I’m up I might as well do something productive. The movers are taking all the stuff to Saskatoon soon. The reality of my choices is beginning to set in. What am I doing? What else should I take? What to leave behind? 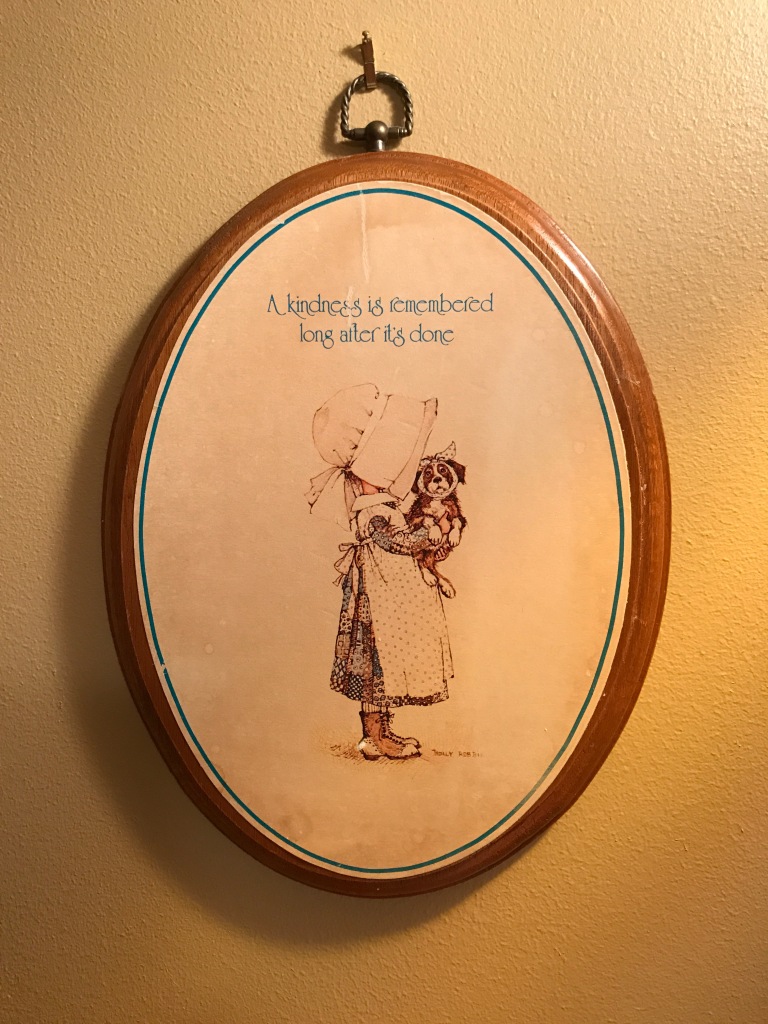 Questions that linger don’t include whether or not I am doing the right thing. At this stage in the game it feels like the right thing to do. My mom asked me about it in a round about way. She asked me when I will take the next step in formalizing our relationship. How long are we going to be living before the inevitable question comes up regarding marriage. I was up at eleven unable to sleep. A ghost haunting the space puttering from one place to another. I kept packing and thinking excited and nervous but optimistic and positive about the future. 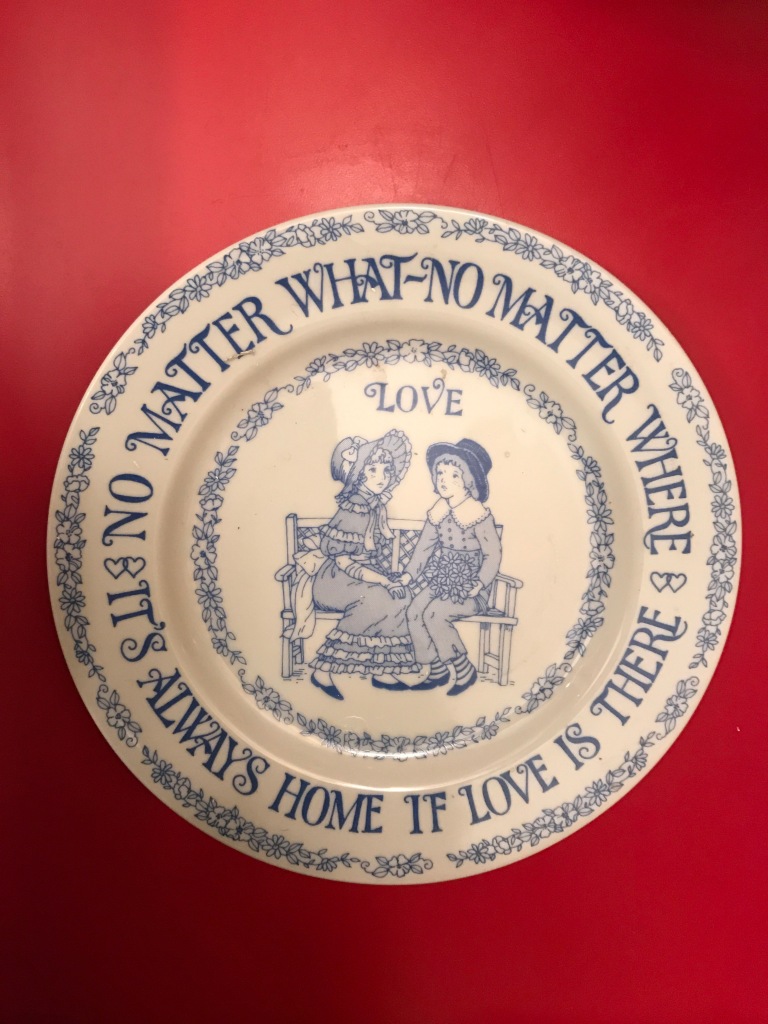 Sometime in the morning I went back to sleep and woke up a few hours later. I’m just listening to my body and its wants and needs. There is time but not many spare moments. At some point late in the morning my parents and I were going to go on a field trip to check out their new abode. They are finally downsizing into something more manageable for them. A large one bedroom flat with an office. They purchased the place from a woman who chose the time and place when her life would end. They said that they grew close as they tried to convince her otherwise but her pain was to great to bear. Many of her things remained behind as my folks told her that they will take care of things. 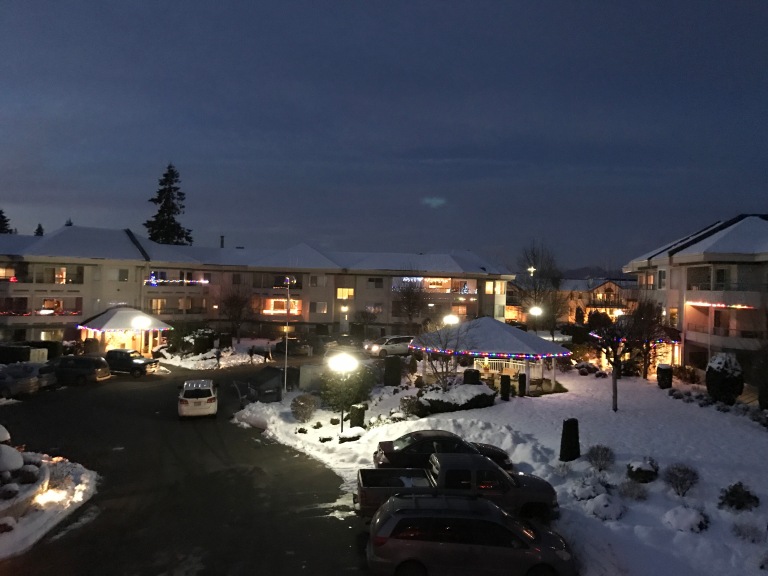 It’s strange walking around a place that has remnants of its previous owner behind. There were some photos that were missed during her purge of personal effects. There were souvenirs from her travels. Little knick-knacks representing memories now lost to time. She lived alone in this space continuing as long as she could. My parents wanted me to help them connect to the network so that they could use the computer that remained. The system old but still functional, most of the drive wiped of any personal things. 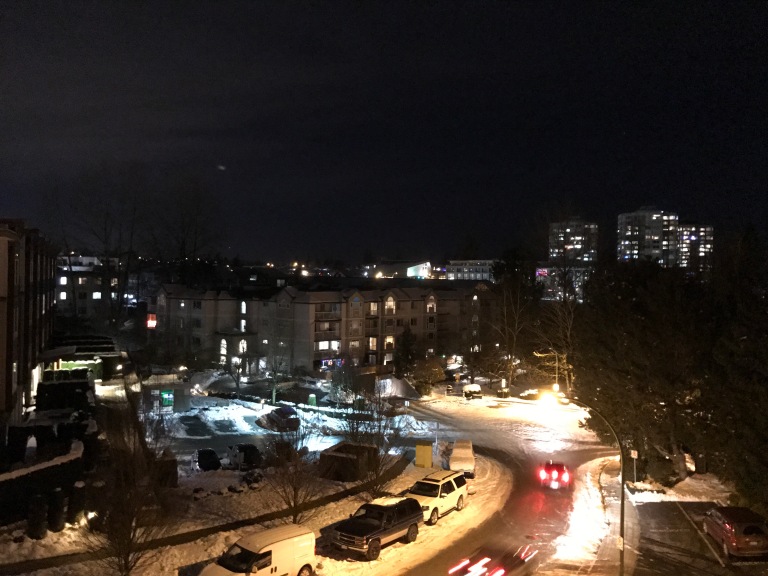 Next it was time to visit my sister’s place. It is essentially walking distance away but we drive there. She was happy that we went and visited her over there. She cooked us dinner and we sat around the table chatting and laughing. This is the first time in a long time that we have time like this. For a great deal of our lives there was always something that we had to do and take care of. My parents have relinquished their role as caregivers to the two boys as they called the disabled men they took care of for a long time. There is this ease that appeared as they have discovered the freedom associated with free time. They just have to move. They are hampered by the toll that their lives have taken on their bodies the advancing years also have had something to add to all of that. They continue to banter and laugh each confiding to me the worries they won’t say to each other.

When we got back to the house I packed one of the TVs that seem to be abundant in the house. As much as I don’t want to watch an excessive amount of television having it will be a cost saving thing. We can sit and watch movies and snuggle through the cold Saskatchewan winter. It is quite cold there but some news report that I watched said that Saskatoon the best place to live in Canada based on some metrics in the survey. I wonder for how long? I’ll be moving there soon.