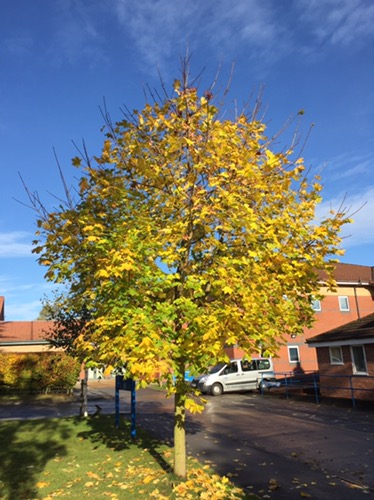 Upon being confronted by some unexpected news and after a period of reflection comes a point where acceptance happens. Acceptance thatThis is the way it is going to be. Acceptance that for all intents and purposes the contest was fair and that the people have spoken. Acceptance that there were some to blame and that what people expected didn’t happen.

Anger is one of the first emotions to surface after the initial shock wears off. These emotions coupled together have a strong effect on the body drawing on reserves, draining them of their provisions because in this time of stress they need to be tapped. The expectation for the immediate future and beyond is that something will happen. Something significant will draw us into an inescapable conflict.  That protectionist and insular mandate will be abandoned due to new developments. Maybe it is this unknown as it develops from that soup of reality that is constantly shifting under our feet and before our eyes.

Out here on the perimeter tucked away in the relative safety of this island’s shores a hope develops. For better or worse this uncharted territory is exactly what has been needed. For all the good and positive vibes that are promoted by the opposition there is an undercurrent of darkness that pulses through those veins. The other is a strong dislike of others and of a changing demographic mix where the change creates a minority population and a shift from the norm. These changes induce a xenophobic anxiety festering imagined wounds.

Making everything better is easier said than done. Forces will rise to oppose the status quo as these changes affect the bottom line or a previous allowance that is no longer there. Are freedoms going to be affected once again? Rights once enshrined in law now thrown to the crowd to be ripped apart due to ideology? If a population has a hard time surviving then their propensity to accept differences diminishes. That dream of a united planet that sounds so necessary is under threat greed plain and simple. We have settled on one metric to measure success as all others are too difficult to measure. Satisfaction or happiness is too subjective. Surviving on less than five dollars a week is easier to measure. Those people must be miserable as they are likely unable to participate in our common experience of this world. They are likely exploited and made to work unbearable hours in unbearable conditions in order to provide what little that can to those they need to take care of.

How is that cheap labor going to react when their services are no longer needed? If the factories move back who will buy those products? Their cost will be too great for anyone but the most advanced countries to buy. They could not compete with the lower costs of foreign made products. Tariffs will do nothing for the poor. Will it then become a tit-for-tat trade war between the big boys? Will trading blocks and agreements that have taken so long to form break down? Those trade deal agreements that common folk believe are benefitting the global corporations that exploit the rules for their own gain? The ones that they help draft into current laws?

A few days ago we learned of the passing of Leonard Cohen. The deep voiced troubadour who wrote and sang songs that encompassed a wide range of human experience. His exploits as he searched for meaning lead him down a path where he encountered and confronted topics such as love and death. His restless soul and mind searched for the right combination of words that would convey his internal struggle for understanding. Those words he chose were specific and ambiguous enough to affect my thoughts. As I listened to a playlist of his material old favorites resonated with me and his other material made me appreciate his artistry and voice. His dark poetry gave me hope. ‘There is a crack in everything that’s how the light gets in.’

In the aftermath of the election when everything is seemingly changing fingers are being pointed. Voices that are rising seem to be saying things and fingers are beginning to be pointed. The problem is that we have all been let down by those who want to lead us as they became those who want to rule us. Some sort of ‘common sense’ ideology that sounded nice was promoted to us but failed to materialize. We were going to be prosperous but we work more then ever for increasingly less and less. Common sense differs from one to another and what’s really fair depends of where you started. What happens when nothing can be trusted or believed? When facts don’t correspond to experience? When desire refuses to materialize? Searching for the core that center of gravity that has shifted after gorging at the trough of plenty, it seems harder to find. Reflexively it retreats to tradition and it is easy to scare people into submission by stroking the fear that it will soon be gone. That when some look back that glorious past will never be there again. We will preserve our tribe against the onslaught of foreign invaders that stealthily enter our borders. They will be shunned by our people and be made to feel inferior and seperate from us. Equality means ‘equality amongst ourselves’ not ‘equality amongst all.’ Right?

I would actually like to see an open world. I would like to see fairness and others having the same access to possibilities. I would like to see an elimination of privilege besides that which is earned through talent, deeds or dedication, none of his birthright crap and blue blood stuff that has gotten us to this point in the first place. Our perceptions have been twisted by lies coming from those who say ‘trust me.’ A long time ago I learned that this was a warning sign of something not being right. Everyone gets implicit trust at the beginning. Over time that trust gets tested and eventually it is either retained or abandoned. In private life it’s a bit more complicated but with public figures it extends to the types of choices that they make. I can trust that a leader or ruler will make policy based on their ideology even if I don’t like that direction. What’s worse is when someone says something you agree with but when it comes to it the decision and outcome is different.

I’m rambling trying to find my understanding of everyting that is happening around me. There are anxieties but they are not paralyzing. Daily routines continue with the occasional cold shower thrown in to keep me on edge. When there is some danger a shot of adrenaline from a thrill of a new experience or environment that feeling of being alive is most apparent. Consciously aware of all the senses as they fire up conveying a torrent of information that our brain tries to keep up with. We also become aware of life when it’s quiet and our mind is at peace. When we are at ease and free of stress. When we are not distracted. Nations are retreating from each other and people are retreating from each other into the relative safety of their abode. Our contact is mediated by a medium where there is no up and down only too much and too little.

I remain optimistic that regardless of what’s gonna happen it’s going to be alright.