Every other Wednesday there is a short day at my present place of employment. Lately the days have gotten longer as there have been many more requests for scans and there is one less colleague able to inject. It’s actually been quite busy lately come to think of it. I finish work a bit worn from the day’s events.

When I got to my room there was a bit of time just spent relaxing and then waiting for my dinner to finish cooking. What was on my mind over the past couple of weeks was the project that I’ve undertaken. It was at the expense of all the other things that I could potentially do. That is how it goes I guess.

What was missing is a bit of reflection on all the various characters that have passed through the doors at work. Each of them had their own personality and their own views on the state in which we find ourselves in. The steady very English Dave always offers his presence. His particular deliberate manner and sense of humor makes the days when he is there easy to get through. His deep voice and height give him a knowledgable quality. This is on top of his vast experience and inquisitive nature occasionally throwing in a strange question that elicits conversation.

In PET due to the potential for increased exposure a number of Hearhcare Assistants are employed. These colleagues help in setting up and getting patients off the scanner amongst other tasks. This aids in reducing the amount of exposure that one receives during the course of the day. Over the past weeks there has been a steady stream of new faces coming through the doors to help out. The PET centre is run by a corporation that has a contract with the NHS to provide the scans. It operates a large number of mobile and static centres and the staff that rotates through work at all the various sites throughout the country. This staff has a variety of skills and experience and as such they require a variety of attention in order to complete the necessary tasks. Some have never worked with this model scanner or are not sure about the location of one thing or another. They may also be used to doing things a certain way which differs somewhat from other places. 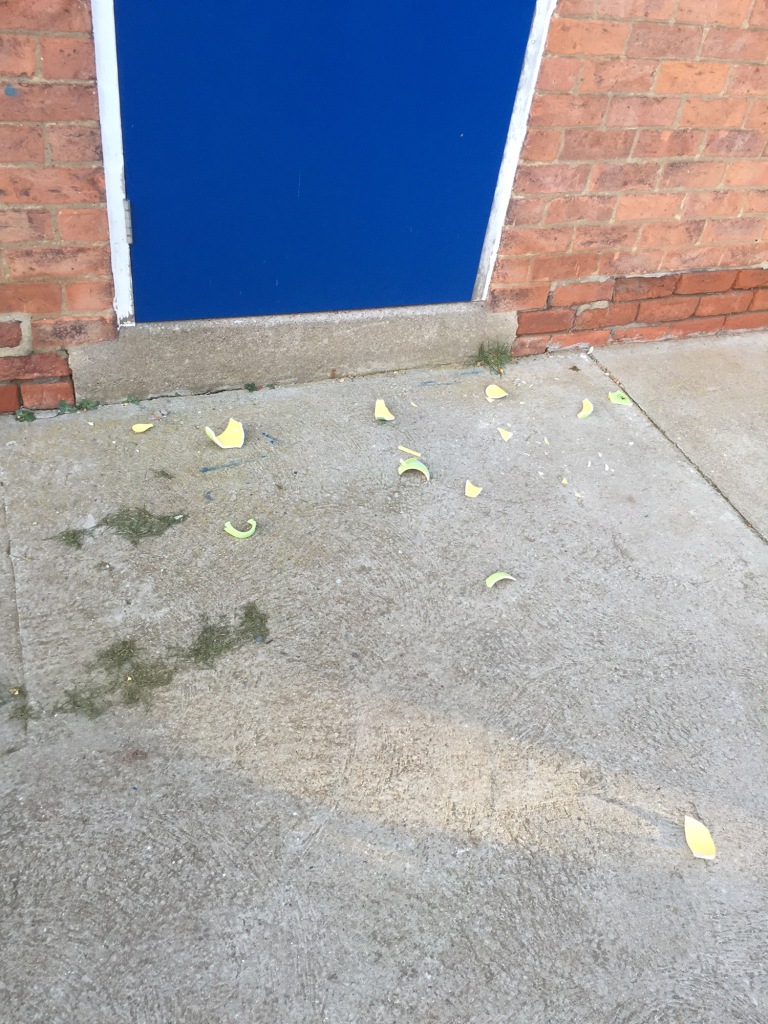 We are also in the process of training a new member of staff that hasn’t been received very well by any of us. Some people just have this aura that isn’t particularly welcoming. Sometimes it’s their attitude or the sound of their voice and the expectation of having a certain amount of knowledge. At first I had this idea that it can be positive and that regardless of my initial impressions she could be a good addition to the team. As time progresses my attitude has changed a bit. That may be due to how my colleagues are feeling and their impressions of K.

The past week has been a bit rougher than most. I don’t know what it is specifically but I suspect that it may be a combination of a number of things. First of all to make some extra dough I volunteered to work on a Saturday last week. The amount of requests for a scan have been great and due to supply issues we had to reschedule some patients that needed their scan. Even though it was a shorter day it still forced me to wake up early and get into a work day more. Secondly, the project took a lot of my focus and time. It was well worth taking the time to do it but it left me a bit drained so that when things came up during the week my fuse was a bit short.

You can see where this is going. Things did come up that ignited an emotional explosion. Over the weekend we said goodbye to British Summer time by rolling an hour back. This marks the beginning of winter time and it always amazes me how much of an effect this has on me. Halloween was right around the corner and the weather began to turn colder than the balmy temperatures enjoyed up to this point. Walking into the shower stall on Tuesday I got a big shock as there didn’t seem to be any hot water. I cursed a bit and grit my teeth as I quickly cleaned my body and rinsed the vestiges of soap off of myself. Stuff like this happens sometimes. When it happened the next day I was mad. Hasn’t anyone reported this?  I put up a post it note with the message stating that there isn’t any hot water. The domestics come around every day and surely they must have noticed and just in case they may notice it now I also called some number that I found in my email and left a message. When I returned after work on the half day the tap seemed to be giving us some hot water. I didn’t pursue it further. The next day however the shower was cold again. I was livid. I heard a few of the domestics in the stairs and I got their attention. I was standing there with a towel wrapped around my abdomen and obviously agitated informing them that there isn’t any hot water. They said that they repeated it yesterday and that they will do so again today, right now in fact. One of my neighbors was in the kitchen and he said he would call someone. I also decided to call someone again too. This cold water thing coupled with my frustration regarding the wifi service had really affected me. In reality there isn’t much one could do besides make the calls. If it was my own home and a service that was under my name this would have been sorted quicker. 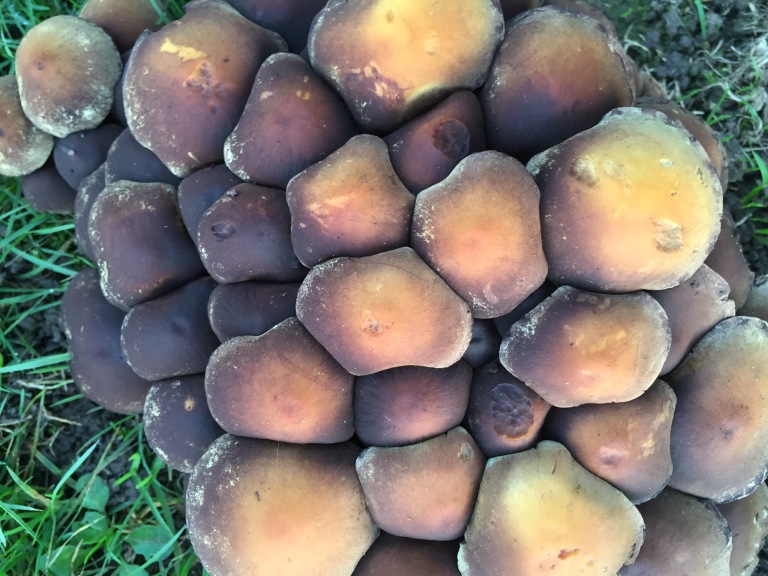 On those three days after those cold showers it took me a while to become my usual cheerful self. It wasn’t a good day for someone to hide my nuts. I have taken to bringing a container of nuts with me to work to snack on. It seems like a healthier option than bringing in crisps or other such confectionary to snack on. I could be bringing in fruits and the like to snack on but there is a lot more innuendo with nuts. Having my female colleagues ask me if they could have some of my nuts and the variety of ways that this plays itself out in our daily banter is worth it. When my nuts went missing I had two theories as to who could have taken them. When I questioned the first suspect I got a blank response and a denial in the form of ignorance about the matter. The second line of inquiry would have to wait after dealing with the next patient. Once I was done my nuts magically reappeared with a pair of plums perched on top of the lid. The guilty party was the person whom I suspected initially of the deed. Normally I would have laughed it off but the combination of things that have happened lately made me a bit less receptive to this form of humor. I count the days until my departure from here.

I enjoy working with my colleagues but where I’m residing and the technical issues plaguing my connection to the wider world have begun to take their toll. On top of everything I’m running out of herbs. I feel stuck in one place as getting anywhere from here is a chore due to distance and lack of timely transportation services. I can hear my friends who will say ‘I told you so’ regarding Hull. Still I am trying to make the best of my time here. I’m putting in longer days to make up for the reduced hourly rate that I had to accept. There is a nationwide cap on hourly rates imposed by the corporation. I have nothing else better to do. I still don’t have a job lined up for when I return to Canada and reunite with Chrl. I will have to be able to survive with what I have saved and earned while working here now. 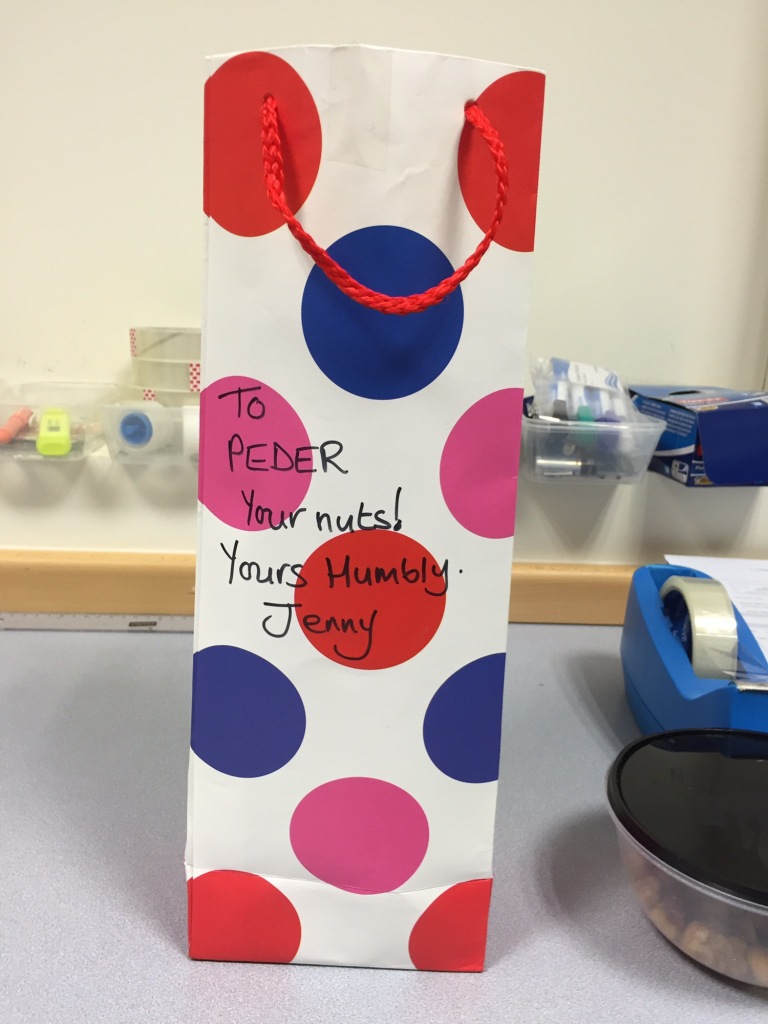 One of the reasons why I am upset with not having a good wifi connection to the interwebs is that I would like to stream the news. As many are aware there is a heated election race going on. I’ve been reading quite a lot about it and the other things going on in the world. It would be nice to actually be able to watch what is going on and listen to what is being said about it. Since I am in the UK they offer a perspective that is different than the one I would find in Canada or what I would be experiencing within the States. To me and many within the world the choice is clear and questions regarding why the race is still so close are puzzling. There are two candidates that appeal to vastly different demographics. These demographics display attitudes that are vastly different from each other. There is a consensus among some who are still undecided that both of these candidates are flawed. They both have skeletons in their closets that make them unappealing to the population. Furthermore one candidate in particular has stirred the pot and brought up to the surface elements of society that seek a mono cultural society. These elements were supposedly on their way out but somehow those ideas are once again getting a foot hold within society. I’m talking about racism and prejudice. Here in the UK the racism and prejudice is against anyone who isn’t British over in the States it is against anyone who isn’t a white American. This is kind of disturbing as is the misogyny that was supposedly on its way out too. Comparisons to the rise of previous populist fascists in the last century seem appropriate in light of what has been heard. 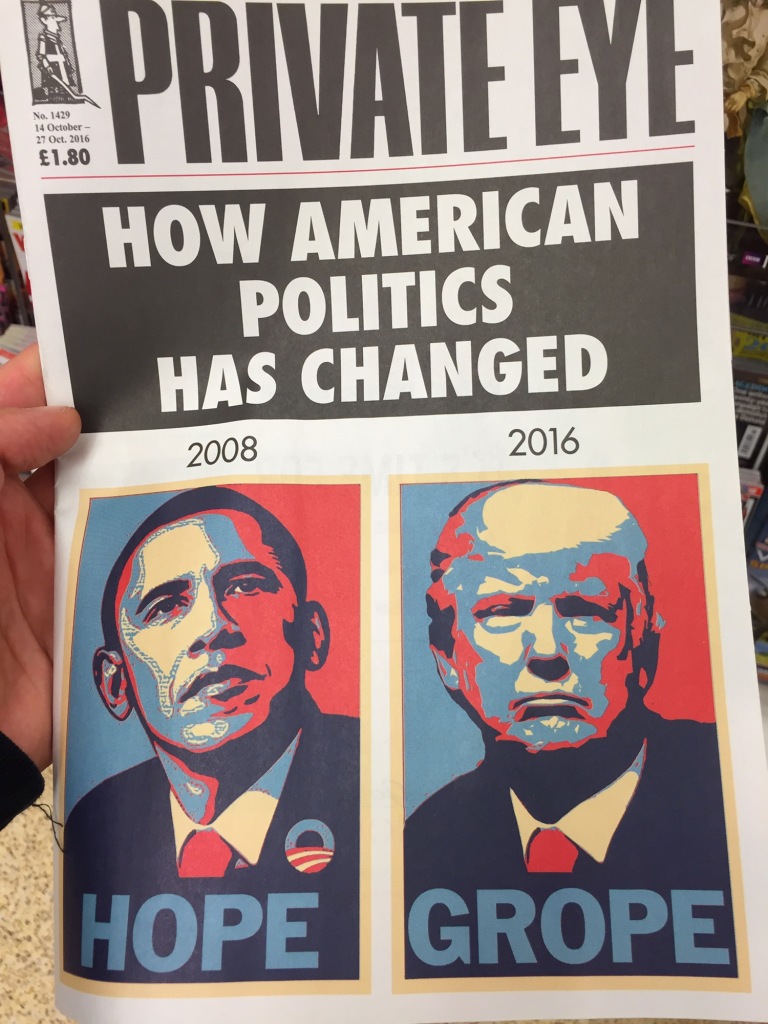 I’m interested to see what is going to happen as those events that are going to take place will have far reaching consequences to the rest of the world. Just the thought of that candidate winning has made the markets jittery. The pound has risen somewhat also bolstered by a recent judgement that makes Brexit a bit more complicated. It feels like an anxious time and as other events compound these issues further I wonder what can one person do? There is an entrenchment of opinion as polarization has taken place. As the majority of the world lives in poverty and the supposedly advanced nations have populations that are increasingly feeling economic pressures themselves this polarization is not entirely surprising. Individuals are aggregating according to their experiences and are creating fissures in our society.