First, think of a title that encapsulates what has happened over the period of time in question. Then somehow try to succinctly write it down. Instructions are not included in a creative project. It is only limited by time and resources that are available. Time and resources are also the limiting factors that prevent a fuller exploration but that is also the source of creative inspiration.

Things never remain static. Even though it seems like change isn’t happening it is when you look at things closer. Examining the dynamics of one’s environment it is possible to see that change occurring like shifting sands in a desert or flow within an hourglass. It just so happens that a shift is beginning as one of my present colleagues is moving away. It’s time for her to find a new place as her partner has found a new job that requires their departure.

It is a mixed blessing as she sees it. On the one hand she is going away where there is “more to do” but on the other she is leaving a house that is exactly what she has always dreamed of. She has been through a lot in the past year or so. Sadness has found her through the passing of someone significant to her. Even though it’s not apparent that factor is always there in the back of her mind. Life is much to short to be dwelling on that and so it goes on evolving each passing day.

We tried to finish things at work in a timely manner but as luck would have it it didn’t work out as planned. We ended up waiting for transport to pick up one of the patients. They took way to long to finally show up. After an hour plus wait we were on our way. My colleagues were kind enough to bring me along as everyone drives here. We were on our way to a gastro pub that supposedly aged their steaks on the banks of the estuary on the other side of the bridge. 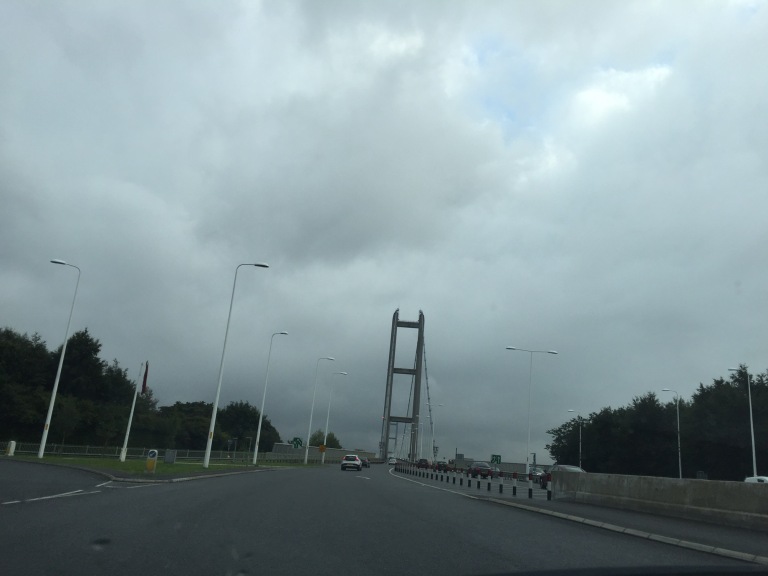 It’s the last day of summer but the proximity to the sea gave the area a gloomy feel. Clouds hung thick in the air so looking up all one saw was grey. It’s typical weather for this part of the country not quite cold but not very warm either. One gets used to this because one has to the tide was low when we finally got there early as it turns out. The tide was low exposing the mud that lays underneath. The silt carried down by all the tributaries that has washed down the rivers eroding from the limestone rocks.

“You will meet someone tonight and we just have to warn you about her.” They said with a glee. She has been away on leave and during dinner I found out why. It’s sad really the transitions one has to make as people leave this mortal plane. These transitions though are inescapable unless you’re the one that goes first. But I’m getting ahead of myself the whole event was actually quite fun. 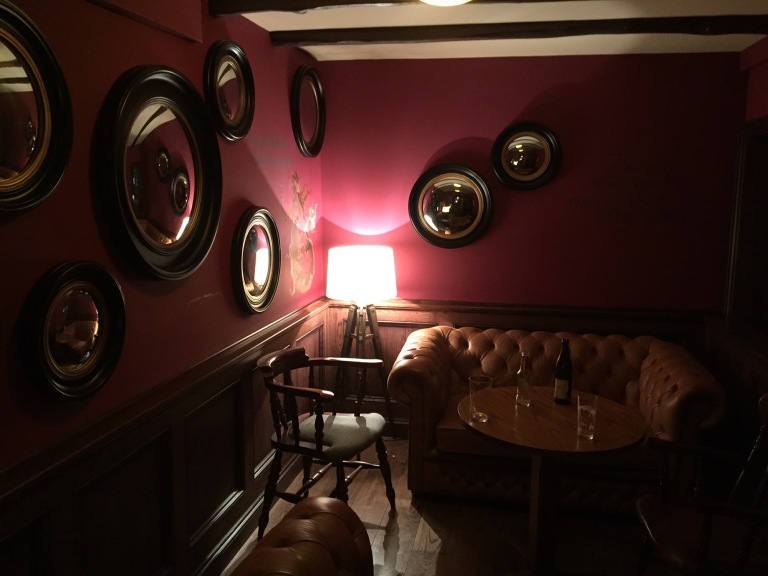 When we got there we got ourselves a pint and sat down in this strange room. The room was just big enough for everyone that first got there but as soon as more people started showing up then it was a bit crowded. Somehow I ended up in the middle as more and more people showed up for our half six reservation. The place fills up even on a Tuesday!

It was time we decided to all move into the dining room. I met the person I replaced a Canadian that has been living here for a long time. She looked quite a bit older than me and she made a lasting impression on all the people that she worked with. She had a warmth about her that was very inviting. She couldn’t deal with all the time away from her husband who was also there with her. Again I found myself in the middle and the woman that I was warned about sat right next to me.

We made small talk. She obviously wanted to talk with me. I told her about myself a little while learning more about her. She told me the reason why she has been away. She couldn’t handle being back at work after her partner of thirty some odd years passed away some months ago. She tried but she couldn’t do it. Now she is being pressured to come back or else she looses her job. She puts in a brave face but it does seem like she is still coming to terms with her loss. Life however goes on and there is work to be done and in some ways one has to somehow transition back into the workforce. Some would say that is a good thing. She will be back in a week and a half. 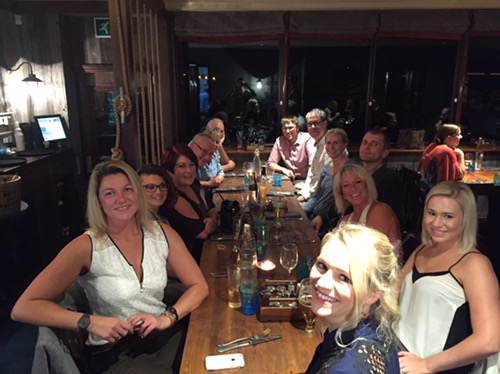 Lionelle the colleague who is leaving us was moved by all of the attention and the thoughtful presents that were chosen to celebrate her departure. It is a reflection of the closeness that everyone feels towards each other. Being a part of a small department in the middle of nowhere could go two ways. One is really badly if people can’t get along with each other. The other is well when everyone works together and gets along. Being holed up in in a small room together can be tough if it’s the former and tolerable if it’s the latter. Performing PET/CT scans can get a bit monotonous if there is only one tracer used. The days are a steady array of characters as each one of the patients passing through our doors arrive at their appointments at a rate of two an hour. 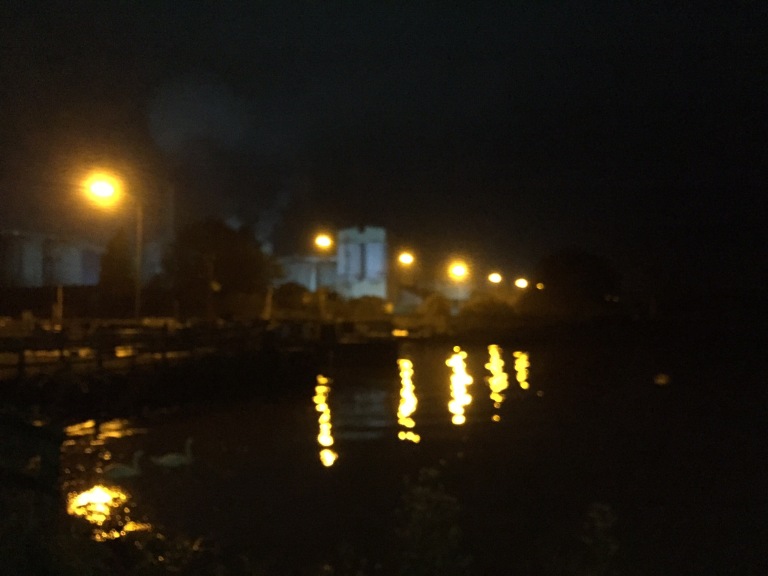 We stayed there quite late on a school night. I arrived early into work the next day. It was a short day due to the fact that physics were performing their biweekly tests. I’m glad I didn’t have too many pints. I continue to minimize my alcoholic intake besides I don’t know these people that well and don’t want to overstep by saying something inappropriate as the alcohol does have a tendancy to loosen my grip on language. Friends understand but potential friends have to still learn.