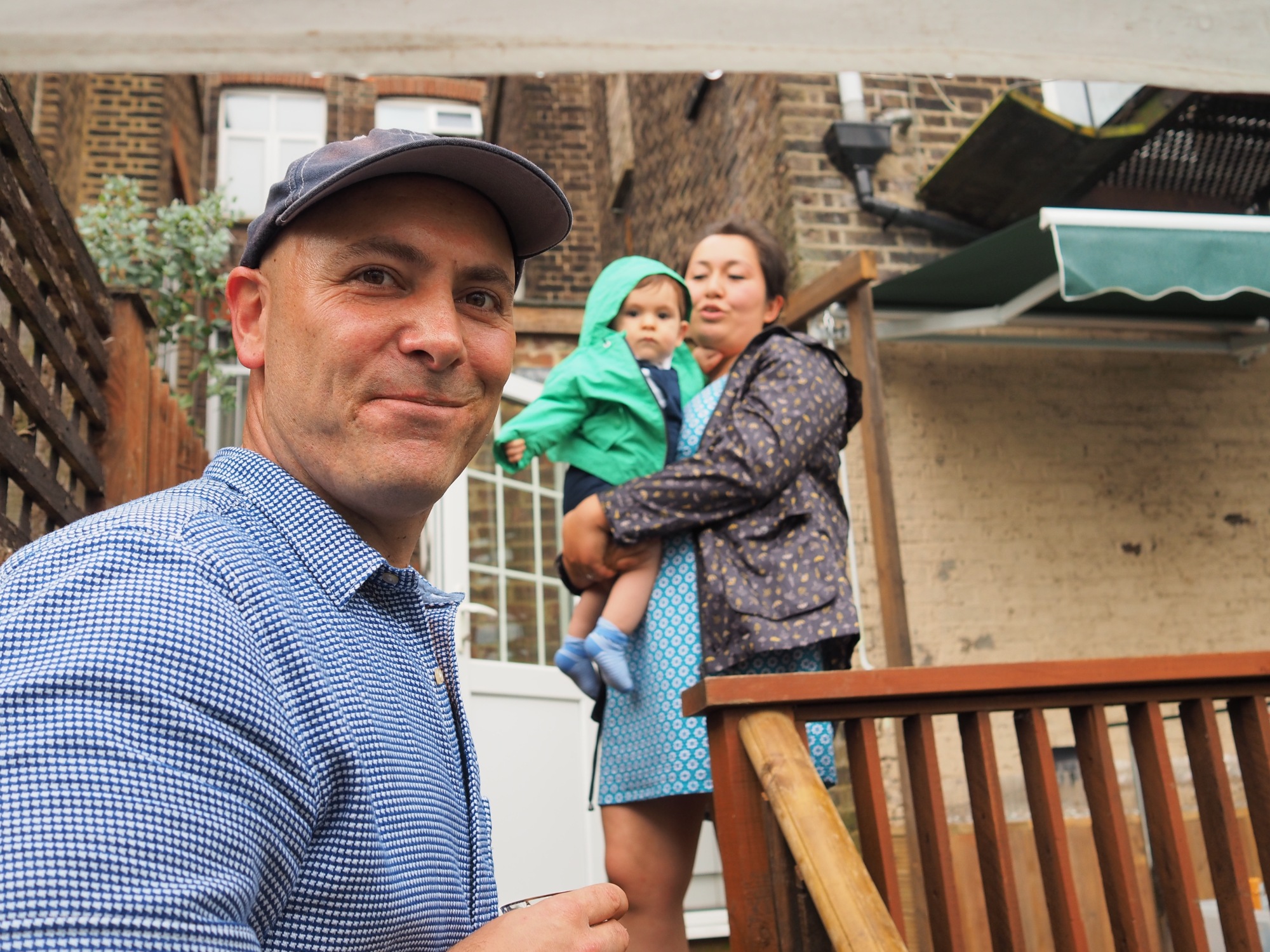 Joe was the first friend I made after I arrived in the UK. He was responsible for my induction into the place where we worked together at that time. He was off the first week and his birthday was on the second day of his supervision. He threw up his hands at some point saying that he can’t teach me anything and invited me out for some pints. It was friendly banter and as time progressed we became better and better friends.

With a young baby and available space he decided to throw himself a birthday party. I got the invitation a while ago but I didn’t RSVP which irked him a little bit but he knew I was coming. He sent out numerous invitations and was expecting to have a certain number of people show up. People from work and people that he has become friends with over the course of his stay here in the UK.

He told me to show up early so that I can help him with some final set up and also to just catch up and hang out. There really wasn’t anything for me to do. I helped him carry some groceries in from the front after they had been delivered to his door. The marquee was set up and the chairs were set out nicely in the adjoining deck that his neighbor allowed him to use. The glasses and beverages were set out and as more arrived it was taken care of by the bartenders/helpers that he hired to help serve food and drinks.

As guests arrived I was a bit preoccupied with the Poland and Switzerland game. It went into extra time and it ended up being decided by penalty kicks. There was an ebb and flow of people through the lounge. We were part of the welcoming committee sitting there watching the game absorbed into the drama.

Since I’ve known Joe for a long time I know a lot of his friends and family. We caught up on the happenings in our lives. Questions about where I’ve been, what brought me back, and where I am going next were naturally asked. I obliged them with my story, a story that is still unfolding. They told me about the things that have happened with them although not much had changed. Except now there are children in their lives or they are on their way. Joe was definitely having a good time. He was jumping from one group to another upset (not really) that they brought presents.

BYOB implies that I don’t want any presents

He had this idea that people shouldn’t give him something for his birthday. He didn’t want anyone to sing him happy birthday either. For a gregarious extroverted person he is kind of shy when it comes to making speeches.

As the different groups mingled talk inevitably turned to recent events. London voted overwhelmingly to Remain in the EU. There was a lot of anger in some of the people at the result.

What were they thinking?

As the fallout continues what each individual was thinking when casting their ballot matters less and less. This is the result and now we are stuck with it. Many of the people at the party were born somewhere else. Some in other parts of Europe others were from Australia and of course there were those born on this island as well. In London this melting pot of cultures works to an extent. London is a global city and it needs the access to the world in order for it to function. This result throws uncertainty into the mix. Uncertainty is a bad word as it describes the murky anxiety one now feels.

Rain was a constant threat. It fell sporadically throughout the day. We had to move the tarps over the decking when it did fall and then huddle under the marquee until it passed. The decking gets quite slippery and Joe was worried that someone might slip. He is thoughtful like that. Overall the rain didn’t dampen the celebratory spirit.

Rainclouds weren’t the only thing hanging over the celebration. It was also the second anniversary of Joe’s mother passing away. His birthday will always be associated with this event. He mentioned it but didn’t want to dwell on it too much. He hoped that she would hold the rain away from his party allowing it to flourish. In retrospect she held off most of it while providing the grounds exercise of moving the tarp on and off the decking.

After it got dark I began to feel tired from all the activity and excitement of the day. Some people were slow to leave. Gulnara was tired and the baby was asleep. We are not twentysomethings full of energy wanting the party to go on and on. The stamina or more importantly the motivation isn’t there anymore. The last of the stragglers were taxied away to their destinations.

In the morning the aftermath wasn’t as bad as expected. Although Joe commented at how much alcohol was consumed. It seemed quite impressive for the number of people that were there. There wasn’t a big mess to clean up either. I took a lot of photos although I think that I could have done a slightly better job. It’s tough to be on the one hand a guest and on the other a documentarian of the event. Still I’m happy with the pictures. I gave him all of them before leaving.

Joe has been a good friend over the years and it was nice to have spent his birthday with him celebrating.