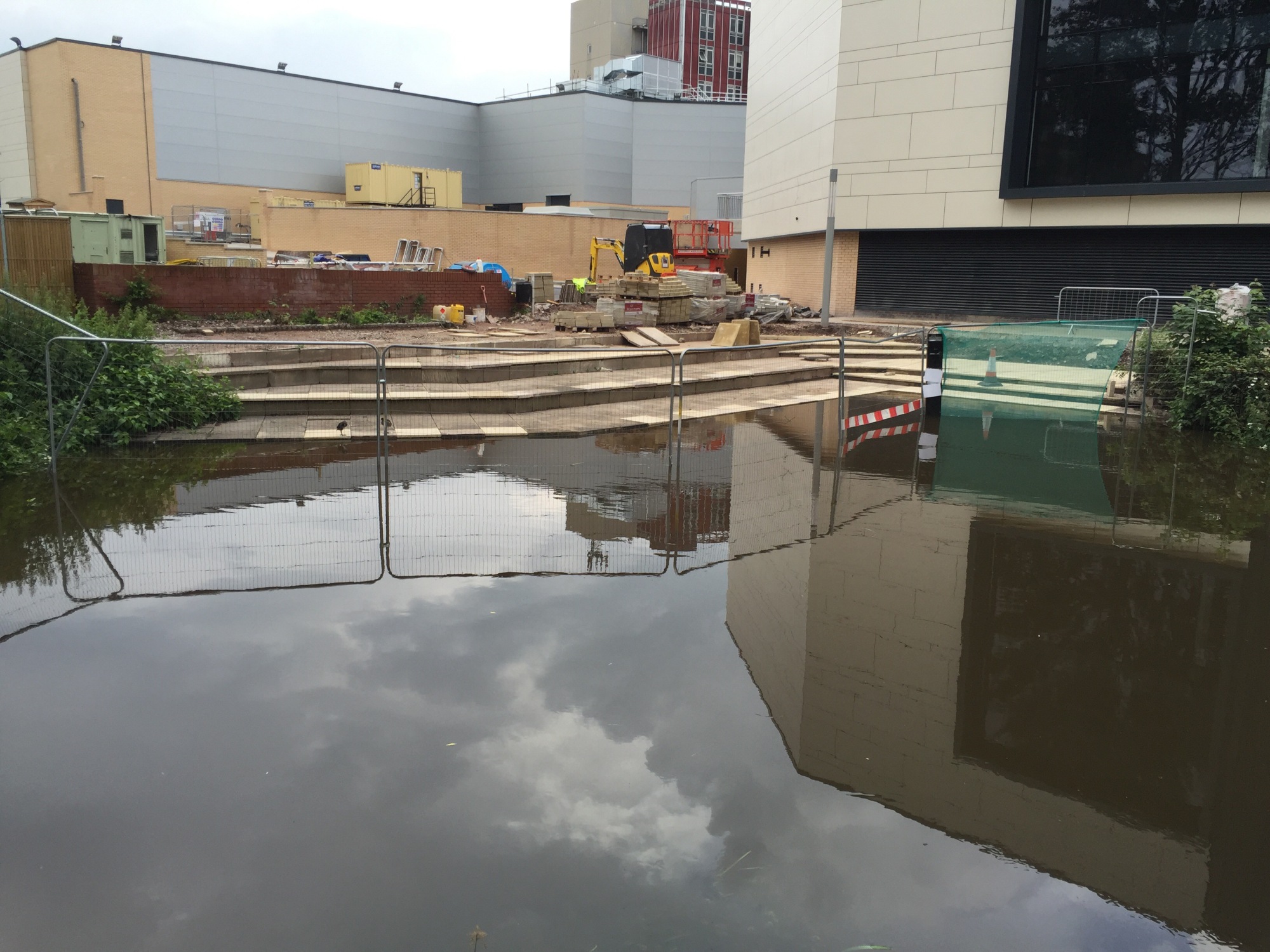 It’s been a bit of a slower week for some reason. Bookings have been reduced likely due to time off that people have been taking. Patients not showing up for their appointments doesn’t help the situation either. Oh well. Just carry on. At least I have something to read about. I’ve continued on reading about history and how the various characters have influenced events. Wiki biographies have a way of simplifying a persons life into a series of events a plot that when lived or executed didn’t have the ending figured out.

I draw some inspiration from some of the writers that have put down words that somehow have resonated with the public. Their words stirred emotion and expressed what people have felt following the turbulent times they have experienced. It is not only writers but statesmen, politicians, adventurers along with many other historical info that fascinates me as I sit and supervise the acquisitions. The patients themselves have been fascinating too. They have their own histories and their own stories that blend in with the stories on screen.

In the afternoon it was time for England to face off against Wales in their Euro Cup meeting. England is in a difficult position having tied with Russia in their first game and now they need a win in order to secure their place in the following round. Early in it didn’t look good as they were down 1-0. This info trickled down through the grapevine as time progressed. The game was then tied and then eventually won on a late goal by England. By that time there were no patients left.

On my way home as I tried to look at the highlights of the game to see the way in which the win was secured for England the headline wasn’t the victory but the tragic news that a Member of Parliment was shot and stabbed to death outside her surgery. She was killed as she was meeting with her constituents in her hometown that she represented by some man. By the time I got to my flat the news of her death was broadcast with the immediate shock and reactions from her colleagues on both sides of the political sphere. The man supposedly shouted “Britain First” a reference to a right wing nationalist party. She was an ardent Remain campaigner. 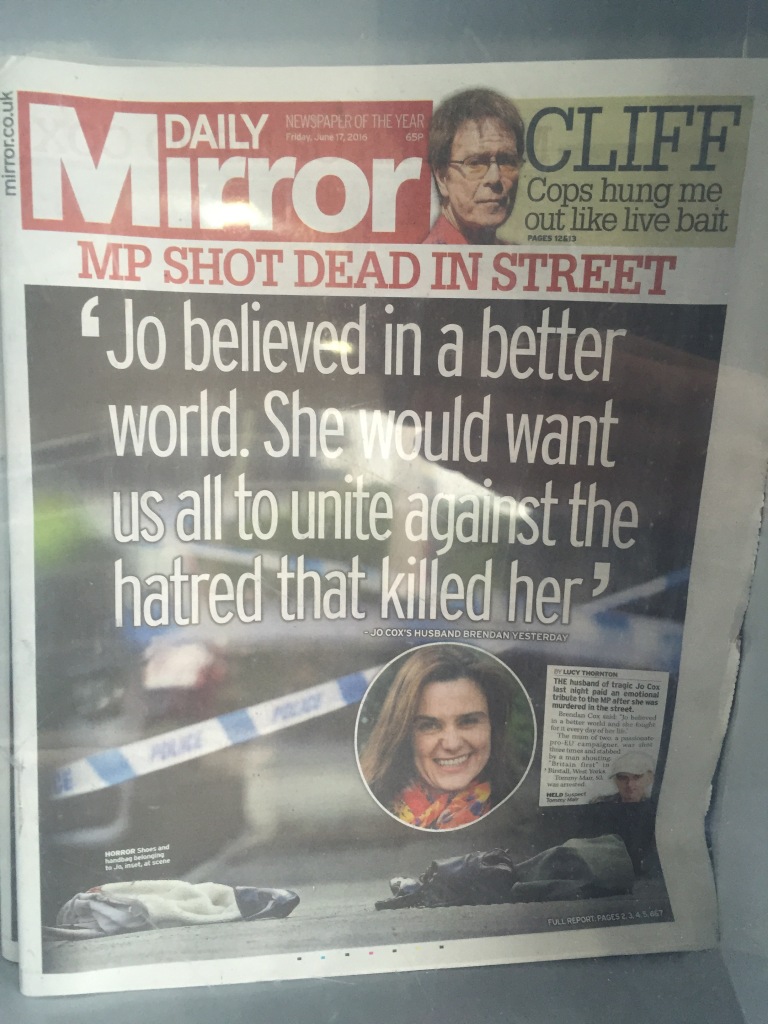 The life she lead and the passion she had for her ideas was evident. It was her first year in Parliment. She was elected during the last election for the first time and was looked upon as a potential future political star. This event will have reverberations and it began with a suspension of the referendum campaigning until Sunday.

This killing has a different feel to it. It is more political as it strikes at the heart of what we cherish in democracy and in civil society in general. Whatever one believes and supports politically is irrelevant to the principles of a free society. One should be able to conduct the processes of democracy however that are structured without the fear for safety. The government is in principle made up of people that represent the constituents of that riding weather they agree or not on the issues. Matters are supposed to be settled by debate and consensus even though they are not necessarily the conclusions we like to see.

It’s interesting that it’s never some sort of controversial in the pocket of business interests politician that is attached in this way but someone who is an idealist fighting for the common good that is attacked. The destructive forces of “hatred and evil” seemingly out of nowhere attack the goodness that is being fostered. It’s like when someone breaks a freshly planted tree in half halting its potential to enhance the environment that was chosen for its home. What is it in human nature that leads to this?

It is easy to say that it was mental illness of some sort. Someone was unable to control their behavior and act in a civil manner. I’m beginning to see that mental illness is an inescapable consequence of someone’s development. They were born with a predisposition to experience life in a manner unimaginable to most as they perceive the world differently. That in itself is not enough to lead to the way they sometimes lash out. It takes years of exposure to the world and likely a series of bad experiences and influences to bring them to the point of their acts of violence. They are a conduit through which is channeled our culture and society. Being good is something that is developed and fostered as one grows up and some need more investment into that goal and they may not get it.

Dealing with the mind and how it can go astray has been a topic of interest of mine for a while. Volumes have been written and a lot of talk has been said about the subject. Answers and insights are there. It’s just a matter of doing what needs to be done in order to make the system work for a common benefit. When tragedy strikes it’s too late to point a finger of blame.