I was reaching into my change jar in order to retrieve a coin so that I could take the shoe for the tripod off in order to change the battery inside the camera. All of a sudden I felt a sharp pain and quickly jerked my hand back. What the fuck was that? it had to be somethig sharp. I sucked on my finger trying not to get the blood everywhere. It should have stopped bleeding by now. It seems a bit more serious. The blood keeps gushing out. I can feel the throbbing of the finger. The blood pulsating as the capillaries dialate in order for the rush of different agents flood the area. All these changes happen quite quickly. A temporary shock from the incursion of a foreign object through the usually tough defenses. Where are those bandages? Where are the scissors? The first bandage wouldn’t cut it at this stage. The small crisis was quickly put under control. I need tape but for now this bandage set up will do. 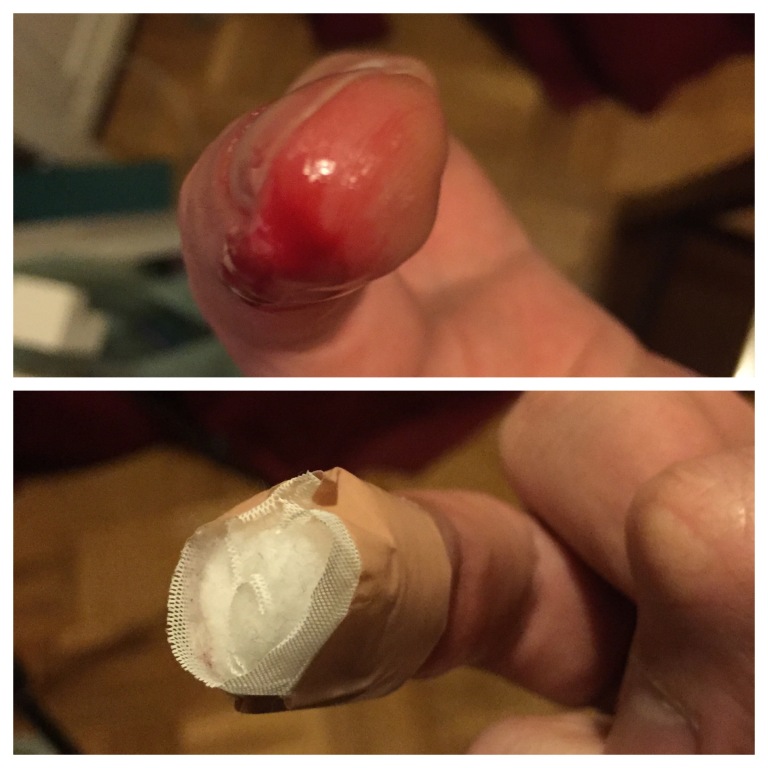 I should have been paying attention but I was still fresh from some fortuitous encounters. Today is the last monday that I see myself working at SPH for a while. We have been powering through cases throughout the day and at the end of the day I got the patient off and ended up having a conversation with a fascinating old man. He told me a short bio of his life which involved engineering and law. He is now long retired and knows that he doesn’t have much longer left. Medicine is only prolonging the inevitable but he isn’t downtrodden. He had lived a full life and has contributed to this hospital’s endowment. He was tall and his wrinkled face and white hair as well as his physique spoke of a once powerful man. We touched upon careers and the state of the economy. He pointed out that he was born during the Great Depression. He gave me ideas and made me sad when he spoke of the time in which one should ideally be having kids. I am quickly passing through that sweet spot and will once again be an outlier. No matter… I wondered about this encounter as I got back home and then went to pick up some food and a cartridge for the printer. I stopped at the shop and got some rising crust pizza that is on sale. It’s cheaper than the couple of slices that I get for the same price. 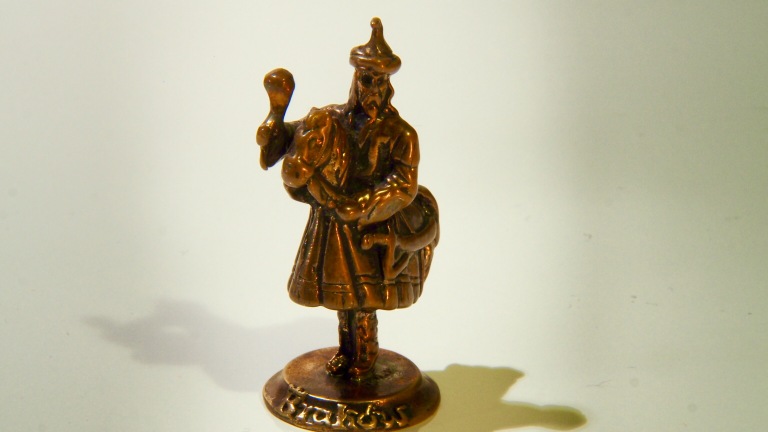 Walking back I ran into an old friend of mine. Jamie used to hang out after hours with us back in the club days. Haven’t seen him in a while. Since way before I left the first time. We chatted and cought up quickly. He was kinda in a rush having been stuck in traffic for a long ass time. He’s like that is what I have to do still, go grocery shopping. I wanted to get back and start preparing my food. He gave me his card from the new job he has and we parted and went on our way. Everyone is busy as he says. It makes it harder to reconnect.

As the pizza was cooking I cleaned off my desk and began to take some experimental shots playing around with some settings and lens combinations. Taking macro shots is a bit harder than distance shots. The camera has a hard time focusing on the minute details all at once. The auto focus feature overwhelmed by the shape of the objects in front of it. Then the battery begins to die. The timer starts to beep as the pizza is ready. The battery will have to wait. As I was eating I kept reading all the tributes to the passing of the ‘White Duke’ David Bowie. I remembered that I saw him earlier in the day. NIN opened up for him. Zack and I drove down to Tacoma to see the show. It was a strange experience for the both of us travelling that far and back. We were interested in NIN at the time but David Bowie was a good draw too. He was in a different place now with his music. It was a bit darker “Hello Spaceboy.” 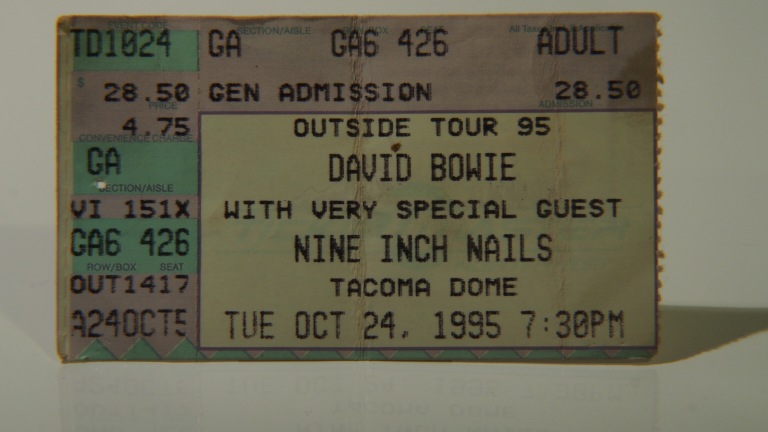 I casually reached into the box to retrieve a coin…