It’s that time of the year where groups of people get together in order to have a good time. The Radiology Christmas parties have been known as a good time. It would be the first one that I would be attending in all the years that I have been a part of the hospital. The week has been pretty busy and it was important to clean myself up before attending. It was time for a haircut.

I’ve been finishing at midnight for the last three days. The mornings have been busy with nothing and everything that needs to be done in the mornings. I’ve been trying to stay disciplined with at least some work outs and cooking breakfast. There have been other things that have fallen by the wayside. Friday it was decided that I’d get that haircut. After a little contemplation I went back to the place that cut my hair the last time.

I was hoping that the same guy cuts my hair. I had breakfast and bought some more beans for my morning brew. It was a nice day out. Kinda nice to not have to be at work. This is the beginning of a three day weekend. I had high hopes for the day. I make my way there in order to be there about eleven-ish. I figure they have just opened and will be willing to cut me without an appointment.

The guy that cut my hair there last time was there. He did a good job and I was hoping to have him cut my hair. When I got there he was setting up and made it seem like he was waiting for someone. He suggested a colleague of his does it. He was a few minutes away he said. He was getting a coffee. When he finally came in it looked like he lumbered a little. He looked like a “brough” someone who aspired to be viewed as someone who looked sharp and went to the gym.

Have we lost the art of a good conversation? There was a period there of an initial verbal interaction. We had to talk he had to figure out what to do with the mop that was now growing on my head. The longer it gets the more I notice the passage of time. The sides are thicker and contrast with the top. Besides it just doesn’t look right. I told him to shorten it to a two on the sides and trim the top fading and blending the two lengths into each other.

“I have a staff party tonight” I said to him “if I end up drunk I still want to look good in the photos.”

That got a good laugh out of him. Maybe even too much of a good laugh. Besides the pleasantries and the where do you live exchange there wasn’t much banter. Not with him or with anyone else in the shop. The TVs in the place played some weird cartoons from the Cartoon Network and sports highlights. The other barber was busy cutting another clients hair and the guy that I wanted to have cut my hair was making a latte in the little coffee machine they had in the corner. There was some commotion when the owner came in and had some issue with the way the receipts were printing out.

During all of this as I watched my haircut taking place I got the strange feeling that my barber was still feeling the effects of last night’s escapades. I don’t know what it was. He kind of had a sway when he stood there carefully laying out all the different lengths of his clipper attachments. He did this too when changing something. Then the way he clipped my hair with the scissors as if just figuring out what he was doing. I kind of lost my faith watching him randomly pick spots to trim the hair. I was going to say something but I wasn’t sure and I didn’t want to insult someone for no reason. I let the act play out. They have a washing station and after he was finished he asked if I wanted a quick wash. I got a hot towel on my face which I wasn’t expecting but it’s good for the skin right? He wasn’t very good at washing hair. I ended up with some water on my t-shirt. In all my years that has never happened to me before. A quick dry and then the inspection. Somehow he managed to do a good job but I do suspect that he was out doing something the night before.

Meandering back to the flat digesting the experience I just had left me a bit perplexed. It was quite the comical scene but I had to think of what to wear tonight. Since moving back I somehow misplaced all of my ties. I was going to go and purchase a new one so I thought that I’d look through all of the sorts that I have and pick up the one that I was going to wear. I don’t have enough hangers so a whole bunch of them are bundled up on the shelf. I haven’t been comfortable wearing proper shirts here. It just feels too formal. I took the shirts and unbundled them and in the middle found all the ties and other accessories that I forgot that I was missing. The thought was to put on a suit. Too formal but I could go with a tie and shirt combination and that coat with those trousers. I took a closer look at the condition of the shirt and tie. They were in need of an ironing but I don’t have an iron. I was hoping to get on without one. I thought about it and figured that I’d buy a travel sized one. Looking online I found one for twenty bucks! The thing is tiny compared to a regular one but it’ll do the job. I macguyvered an ironing board by first putting a towel down and then a bedsheet over top and clipping them to the cutting board on wheels. It worked like a charm. 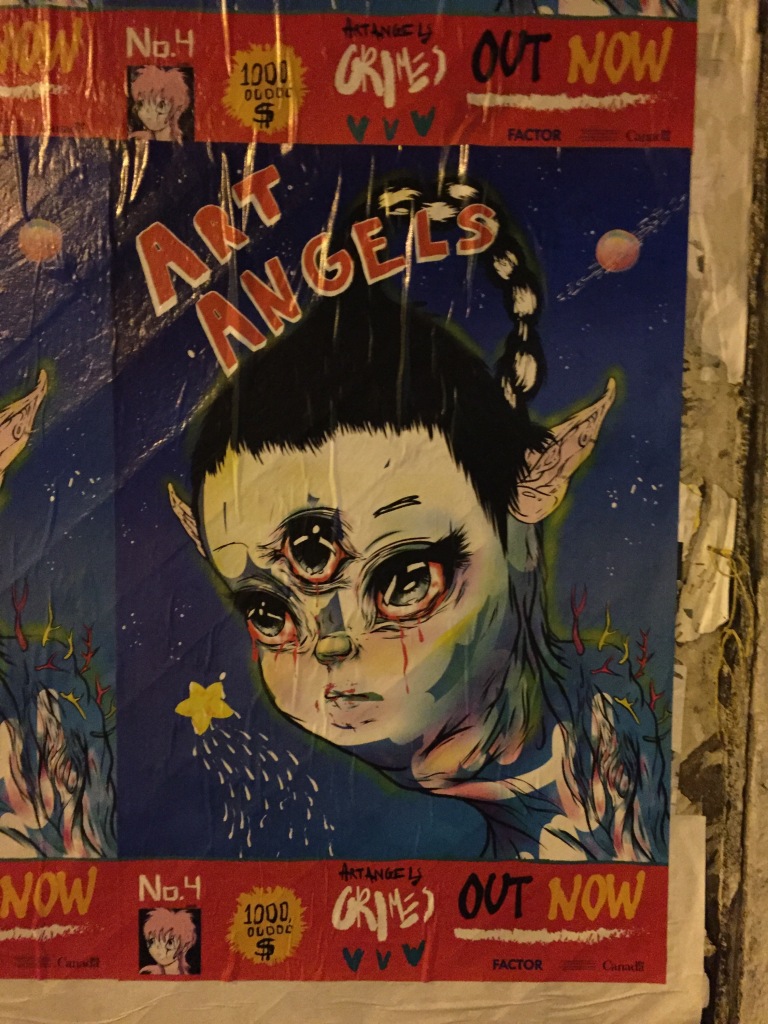 Soon enough it was time to freshen up and head out. There is an art to timing and I was going to arrive just right on time. On my way there crossing the street I noticed two of my colleagues walking along. I’ve worked with them on and off for a while. One of them has moved on but she was an integral part of the department for a long time. They were on their way to have a cocktail before heading to the function. They invited me to come along with them. They were set to go to this one place that has become kind of a tradition. Unfortunately the place was occupied due to a private function. Businesses are renting themselves out due to the season. We kept walking down and found another bar to go into. Laura laughed when I sat on a stool that was lower than hers. It was kind of a comical scene with the expression on my face.

The Christmas Party was held at a location quite close to our work. It was at a Holiday Inn hotel. The parties themselves have taken on some mythological proportions due to some of them witnessing some people getting out of hand. Those were the days before many had children and there was scant photographic documentation. Technology has changed the way we have fun.

We found ourselves sitting at a table that some of our other colleagues were sitting on. Some chose to bring their partners with them and they were nice to meet but it seems like it changes the dynamic a little bit. Some of the docs had their partners with them along with many others scattered about. This department has carried on for quite some time. There were some preliminary speeches and then the drawing of who would be the first to go to the buffet. There was a lot of food and luckily they provided us with a big plate. We ate and talked laughing merrily at some of the silly and serious discussions we were having. The docs provide us with this function as a thank you for all the work that we do as the rest of the staff. The place wouldn’t work without the whole group of us working together. After dinner and prizes it was time for the dance off. Over the course of the next few songs a select group of judges tapped those who weren’t worthy until only two remained. They danced to some great oldies tune the older tech and the fresh student. They showed their passion and charisma through various gyrations and coordinated movements one desperately trying to outdo the other. At the end the judges had a hard time deciding the winner so that they split the top two cash prizes. They also got a round of applause from all that enjoyed their effort. At some point it was time to go and off I went for a rondezvous but not before getting those that I work with together for a group pic.


I went for breakfast with my brother in the morning. It was a good thing cause the rain was falling hard. There wasn’t an excessive amount of drinking by m so there wasn’t a regretful hangover to deal with. My brother and I chatted about our plans for the next few days and how Christmas was going to play out. I finally got to the flat and relaxed for a bit before kind of getting lost in reading and scanning more photos. Barbs invited me to go to the island with her and some friends for the Time to Heal Christmas get together. It would give me a chance to see the little one and my sis in law. I should just find a shorter way of saying that.

The early morning rise was motivation to get a good nights sleep. I will have to continue this on another day with my trip to the island.