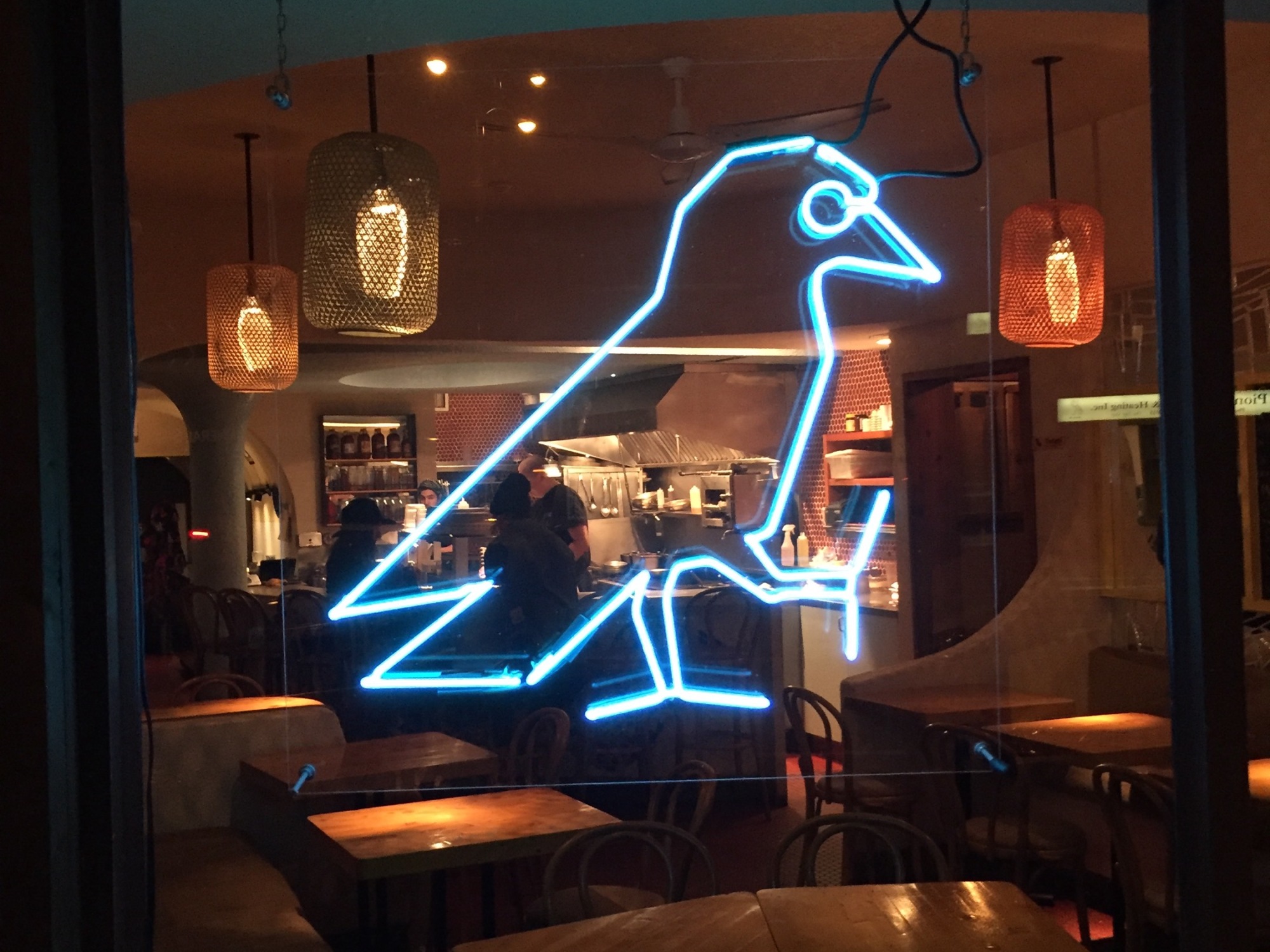 A full slate filled up fuller with the addition of an urgent case. At least there was some time to get some rest before the shift commenced. I wish there was something that I could wear that would keep track of the number of steps that I’ve taken during the day. Being around the magnet doesn’t allow for anything like that. It would destroy the electronics inside. 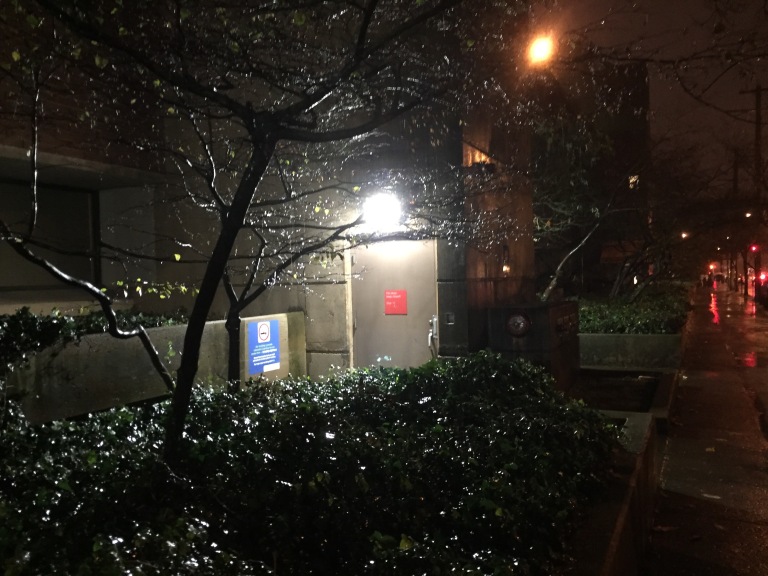 The coming storm finally materialized sometime before lunch. My colleagues said to me “are you going out there dressed like that?” The way the rain was falling very hard. I quickly walked and crossed the street. It was going to be Pho for lunch today. The trousers were soaked by the time I got there and examined myself while sitting waiting to place my order. One can judge the rainfall by how much water has absorbed into the clothing multiplied by the distance covered. As the guy was delivering my food he spilled some of the soup onto my lap. I just shook my head and prevented myself from getting angry. WTF would it solve? As I recall it was a busy day. 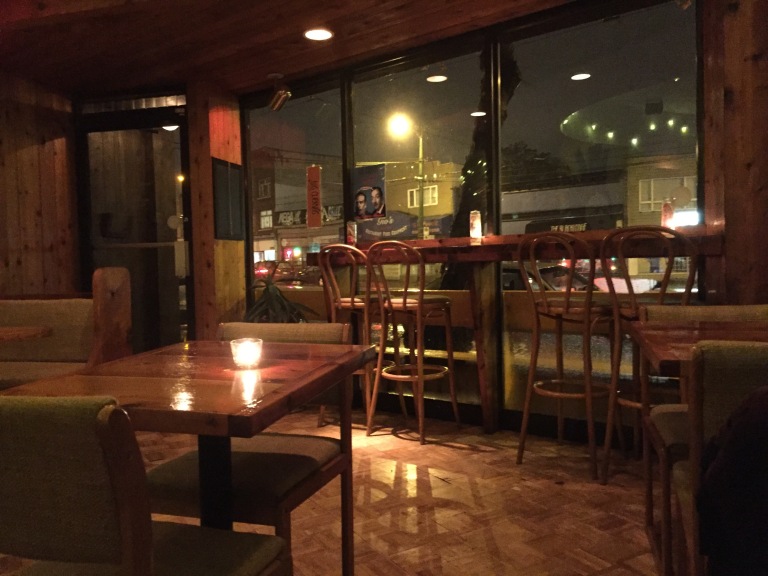 It wasn’t long before the day was over. I had a dinner to attend with Sandy a former colleague but still a friend. She doesn’t get to Vancouver as often as she used to. It gave us a chance to have one of those chats that we used to have whenever we worked together although this time it was condensed and uninterrupted by work. We went to a Mexican restaurant. One of those new jewels in the old neighborhood. The proprietor was a chef in Mexico and he imported the street style flavor into Vancouver sprucing it up into a hip joint. It was a great meal. 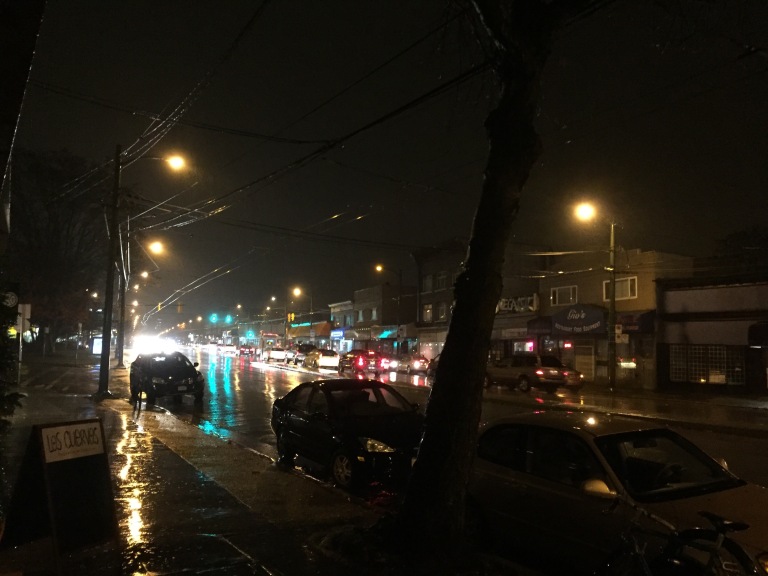 We chatted about the things that are going on in our lives. The drive that got us there with flooded streets the drive that wanes when we look at the everyday circumstances that exist here on the west coast. She is looking toward her transition out of the work force while still young enough to enjoy the years of freedom ahead. We talked of healing through the diet and reducing inflammation. Her skeptical father won over by the results.

She listened to the reasons regarding my own transition away from here. She understood where I’m coming from. Being in the same industry we see a side of it that makes us shake our head but continue on. The individual cases, the ones that you somehow connect with make you forget the outside and focus on the immediate. Like the patient earlier in the day. It was a “rapidly evolving” case that required immediate attention. The other patient was understanding. We worked well as a team. The nurses that came with them were great too.

When I got home after dinner I knew the next day was fast approaching. I fell into an uneasy sleep knowing rest was important for the next day.