Whereas yesterday felt bright and sunny today it is cloudy and rainy. Even my energy levels have been sapped by the way it is outside. One must persist however regardless of how it may be.

Yesterday was a day to get things done today feels like a day to do not much of anything. It took a while just to make breakfast and a coffee. Now I am on a journey to have a lunch date with Barbs. I’ll get a chance to see where she works and I’ll be in a different city for a while along a portion of the train rarely travelled.

It was a lunch date. Since it’s raining I am wearing my rain jacket and warm clothing. I feel like a bit of a bum all wet going into the office. The office occupies a whole floor and as I step off the elevator I am greeted by the receptionist and she asks how she could help me. 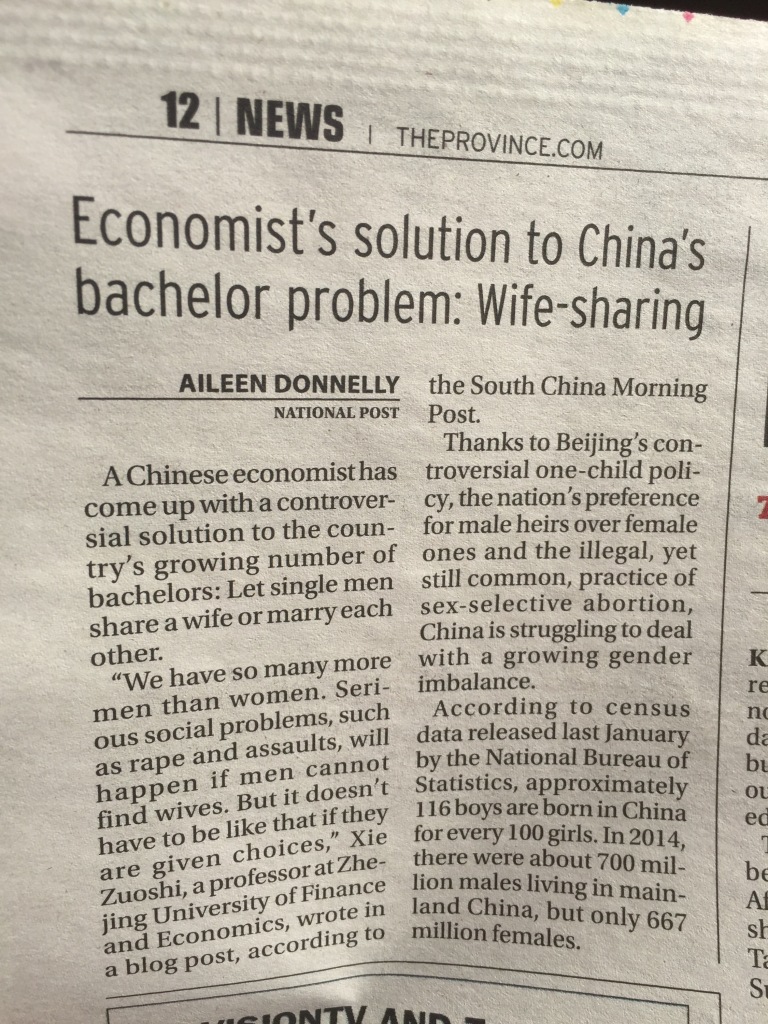 “I’m here to see ‘Barb’.” I reply as she phones her desk and and informs me that she isn’t there.

“Have a seat in the waiting area.” The couches looked sumptuous as I walked over and sat down. I starts to leaf through the “Collected New Yorker Cartoons” that was laying on the coffee table. I barely made it through the first few pages representing the beginnings of the magazine. Some of the references and situations were dated but some of them still have a relevance to this day. Barbs told me that she will just be a second she just has to get her jacket. I’ve never worked in an office environment so the attire that everyone here is wearing speaks to the prominence that this firm represents. I like the look of a well fitting suit coupled with a pair of heels. Huddled under the red umbrella we made our way to a local sushi restaurant. We ate and chatted about a variety of topics from the way our days have been to Middle East relations and office politics and sprinkled in there personal anecdotes about our lives. It was nice. I walked her back to the office and then walked myself over to the bus stop. I figure that I’ll take the transit over to the other line and then making it out to my folks.

The traffic along the highway seems to have turned into a crawl. Maybe taking the bus wasn’t such a hot idea but there is no choice about it now. 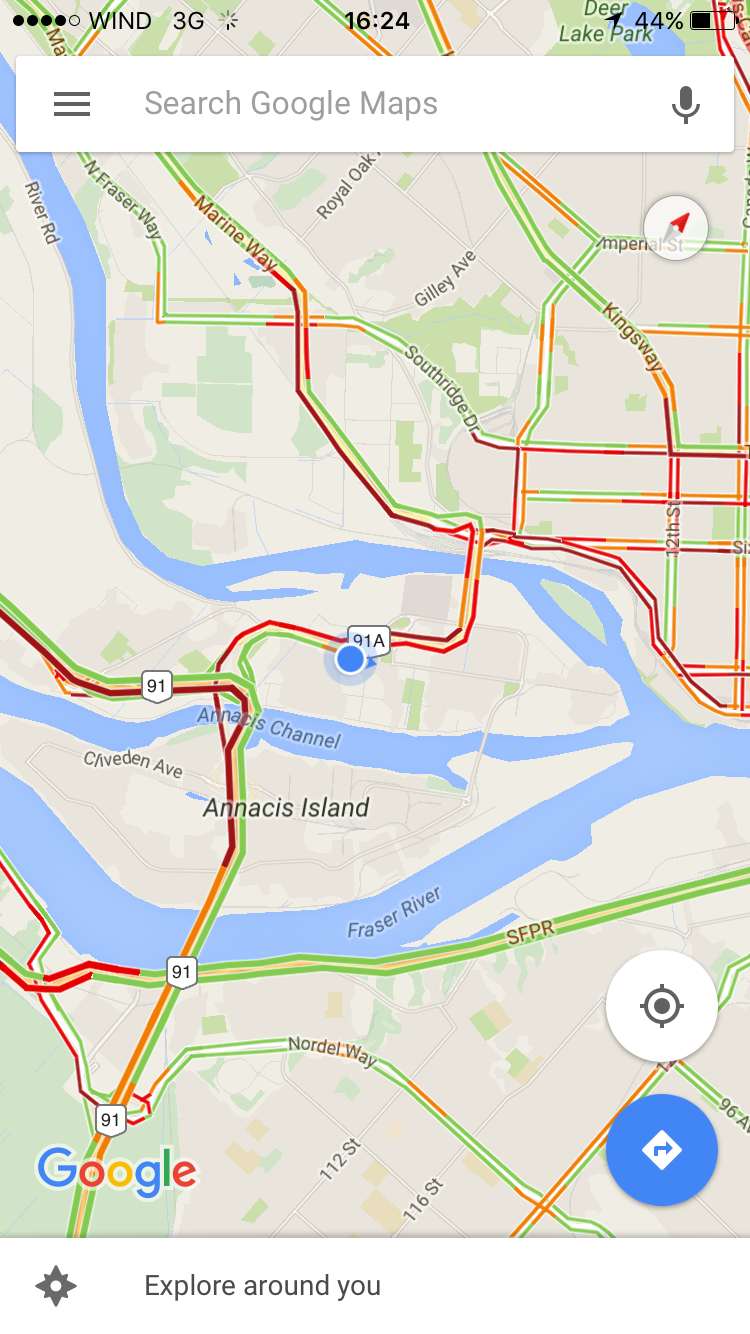 I sat in the motionless bus for a while. I even had a nap. There were periods where we inched our way forward bit by bit. Eventually I reached a point where I wanted to find out what was causing the delays. My carrier is crap but eventually some information did come in. I wasn’t that far from the station but it would involve crossing a bridge and navigating along the highway. There were others with the same idea. Slowly the bus emptied save for the older folks who were now trapped in virtual standstill. The guy sitting in front of me was in a rush to get to an appointment. He asked the driver how long it would take.

That was an hour ago. I had my laptop out as I figure that I have to get the olde Curiculum Vitale updated and cleaned up for the next round of job hunting. It was kind of late in the game on this bus journey. Many had already left to walk wherever. I looked around packed up and left the bus too. There was some kind of a construction zone up ahead. The road was all marked off and narrowed but I didn’t see much in the way of actual construction. There were a lot of cars queued up to get onto one road heading up onto Queensborough Bridge. The reports about traffic mentioned something about an overturned car somewhere but not in this area. This was just volume or in other words a cluster fuck.

There was one guy up the road who seemed to be heading in the right direction in an unorthodox way. It’s not really clear how a padestrian is supposed to get over this bridge. There is a shoulder along the motorway that eventually narrows and one has to maneuver over the barrier to get onto the sidewalk that crosses over the bridge. The path that leads to it comes from somewhere that I wasn’t going to find. Since traffic was slow it made it easy to take a short cut through the various junctions on the other side of the bridge. I guess I saved myself some time the bus was nowhere to be seen. The line up for the return journey was long. The Skytrain wasn’t packed and the train that I needed arrived as I was climbing the stairs. There was a rush to get on as the sound announcing that the doors are closing sounded. I figured that I should finish the CV and send it to some of the agencies that can find me a place to employ me. I sat in the coffee shop and adjusted it fixed some bits and wrote some emails. I’m surprised at how much I’ve done today. My energy level and general physical wellbeing is a bit off. I always say that I am fighting something when I feel this way. The body realizes that there is some free time and says “deal with this now.”

The final bus was late. Story of today though. The road that it has to navigate is half the normal size as construction has taken over the other half. There are giant developments going up nearby. There is a big conglomeration of high rises here with more to follow the three giants that stand there already. This is an express bus and one benefit of being late is that the people that would have taken it to go halfway already got on the preceding buses. I don’t have to stand for any part of this journey. The bus is dark and quiet as many are quietly napping catching up on much needed rest that they probably loose daily if they do this all the time. I can tell that some are regulars. We just stopped and it’s very dark out there. My stop is not much further along now. I call and end up setting up the pick up at the local generic strip mall that populates the suburban landscape. At this late hour and inclement weather people tend to stay away from these soulless places. It’s raining again and the loudspeakers are playing power ballads by a selection of recently popular female vocalists. The emotions echoed the scene before me.

My dad picked me up and had this “I’ve been waiting a while for you” look on his face with that sly grin of his. I’m gonna have some soup and retire for the night.