It was still dark when the alarm bell sounded. For some reason I had it in my mind to go and cast my ballot early in the morning. This campaign has been one of the most contested elections in a long time. Deciding which party to support with my mark was a decision between keeping things as they are or voting in someone new. 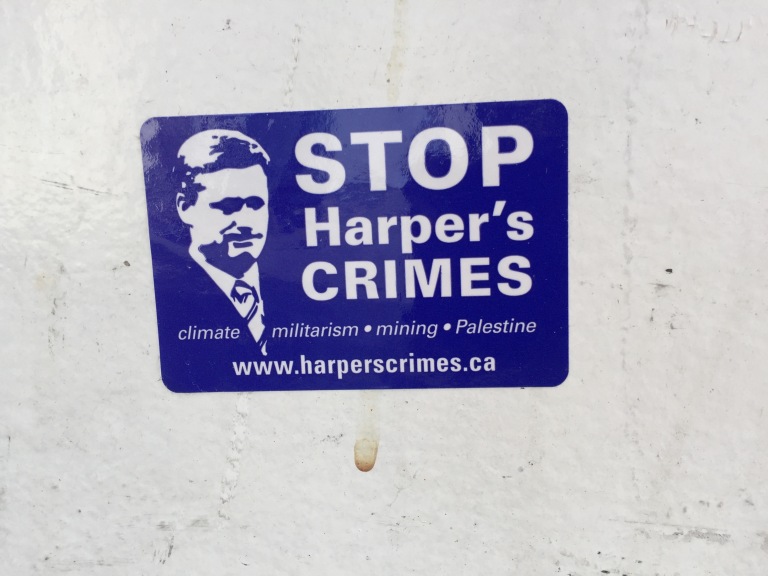 There are four leaders that we are deciding between. The current Prime Minister Stephen Harper of the Conservatives, Tom Mulclair of the New Democratic Party, Justin Trudeau of the Liberals and the Green Party leader who’s name I can’t find in this Metro Vancouver. It’s easy to see what the Greens are all about. They are about the environment and they would center their policies around these sorts of ideas. The conservatives have been in power for close to a decade and in this time their strategies and politics have been a dirty affair. “The Harper Government” has emulated American Republican strategies and policies instead of perpetuating the “Canadian Values” that have made this country great. I’m not the only one who has felt that. I am not the only one who has also felt the erosion of an economic optimism that is causing me to seek my fortune overseas. What happened?

Tom Mulclair stepped into the shoes of Jack Layton who passed away a while ago. I had the pleasure of meeting him one time. My brother and I were on our way to a friends stag party so it was before any debauchery had taken place. He just coming into the hotel after a run. He was much shorter than I imagined. I recognized him and blurted out his name. I said hi and asked if he was willing to take a photo with me. I find that leadership is not just about policies but also about character. There aren’t many politicians that would just be on their own especially ones that were on his level. He was happy to shake my hand. He had a good handshake. He died a few years later after his prostate cancer came back. His policies weren’t the most popular and he was up against Harper and his machine. If I remember correctly he was part of the minority government that reigned in Harper’s agenda for a while. Tom Mulclair was part of that government and his years of political experience have elevated him to the leadership position. But is he the right man for the job? 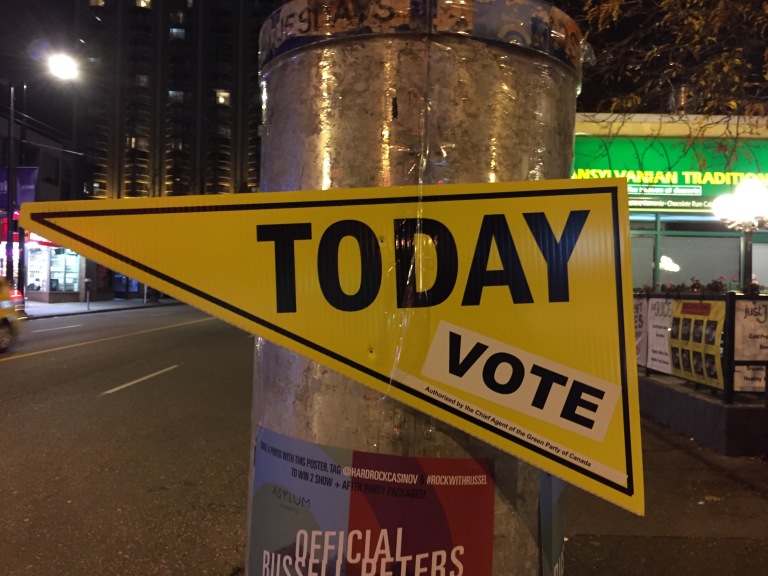 Then there is Justin Trudeau the young dashing leader of the Liberal Party and the son of a former Prime Minister Pierre Trudeau. When the Liberals were last in power their policies left the country with a surplus and a strong identity on the world stage. Scandal and infighting within the party brought down the government but they were able to keep the country intact through the Quebec referendum and blocked our banks from playing the derivative game that lead to the 2008 economic implosion. Is he too young to be a leader? Does he have what it takes?

I haven’t been keeping up with the day to day campaign promises that have been promoted. I have just seen the signs on the street stuck to signs in a gurrilla campaign against one candidate one leader that is disliked tremendously by a vast majority of the urban population here. I have never like the man and it must be said that his enginuity and cunning have carried him through three election victories and that in itself is something. Some taxes are lower but at the cost of a deficit. Our society though is more divided and polarized against the interests of business and not those of the populous which the government is supposed to emulate. Harper comes from Alberta where the Tar Sands are located and it’s clear that those interests are close to his heart. The other thing that bothers me about him are his ideological views with respect to religion, inclusion, terrorism, drugs, openness of government and research. The funny thing is that in many ways the values that conservatives espouse mainly sound financial management and beautocratic efficiency as well as personal freedom have never been successfully emulated by any conservative government that I have seen. They always end up being shown to be in bed with special interest groups from the business and religious sector in a giant orgy of shameless stuffing of their policy down everyone’s throat.

The “anyone but Harper” campaign then has been in full swing but it is up against a formidable force. It will be interesting to hear how this plays itself out over the coming hours as the day progresses and the tally is finalized. Will the votes be split and the winning party remaining the incumbent with a mandate to carry on their policies? Will a new victor emerge from the ashes of a 78 day campaign the youngest ever or the bearded one as the new leader of our country?

Will there be a line up? Not quite sure although some I figure would try to get to the polling station and cast their ballot as soon as they could. I figured that I should probably get myself a coffee and walk over to the polling station. Sure enough there was a line up. The voting station was in a hall at one of the local seniors homes. I still had to register and shortly I was taken to another line up inside. I changed my address at the bank some days ago and got them to print out a copy of a statement that I could use as proof of residence. The process of registering to vote was easy. The polling station is one of many in this riding but it is specific to my address. With a sheet of paper I walked to the correct booth and cheekily said to them “there’s no line up at this booth so I guess I’ll come here to vote.” The two clerks sitting there kind of panicked a little by that remark delivered in deadpan fashion but quickly they realized that I was at the right polling booth. It was early in the morning so it’s kind of forgivable that they aren’t that sharp. The guy had to look up what to do in my instance in my circumstances. I asked him about the training that they received and he said that it was a while back and the session was long and boing so some of it was lost. Even with all these steps I was still out of there within fifteen minutes. That wasn’t the case at one of the polling booths where there were a few disgruntled voters waiting until one of the voters gets their shit sorted by the workers.

It’s a day of change and until work started I had a few hours before I had to be there. I tried to be productive and was somewhat making myself breakfast with some of the bacon I brought back from my parents house. It was my after workout meal. Before long though it was time to work. The Jays were playing trying to come back from their series deficit in order to continue their stories run toward the World Series. The other thing I followed were the results from the election. It was a busy day at work so I just watched the poll results move in. They signaled an overwhelming change. The Liberals won ushering in a new era in Canadian politics. The dollar will suffer a bit since this is the friendliest business party but not as bad as the NDP would have been. Change is not good for business since it is something new that they have to adapt to. The new prime minister is young and although he comes from a political dynasty he might be the fresh breath that this country needs. It’ll be interesting to see how he performs in the coming years. I hope it will be for the best.