There really wasn’t any time to spare in the morning. Time to leave and make it to the meeting spot was fast approaching. One last check to make sure I have enough and I wonder if I’m bringing a bit too much. I’ll probably be gone for a week. There will have to be a laundry day there somewhere. I’m going out to Nelson to visit an old friend of mine. We just saw each other on Friday but a full visit is in order it’s been years… 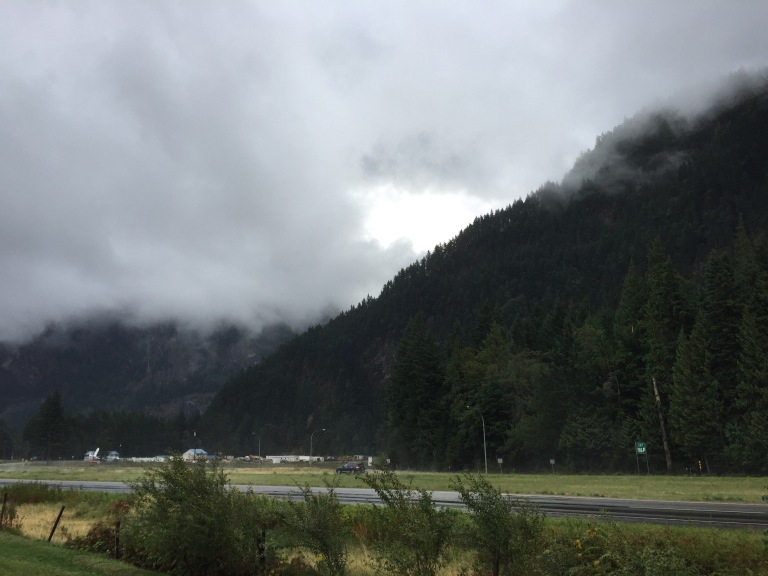 Sometime around seven-thirty I was to meet Carolyn in a parking lot close to one of the stations. I had a few minutes in which I wrote a few lines touching upon my day. She was an older woman not quite who I pictured speaking in the phone arranging this ride. There was one more taking the ride with us Kamila who I saw sitting there but didn’t think she was coming with us. On second thought afterwards she does fit into the Nelson milieu.

Carolyn wanted to get onto the highway as quickly as possible. I sat in the front and directed her in the right direction. She was a bit directionally challenged and we took the most efficient route towards the highway. With three of us in the car we could easily stay in the HOV Lane all the way out of the lower mainland. The early morning traffic into the city was substantial and the sentiment in the car was that we were glad not to be in it.

Carolyn was returning home from a vacation out on Saltspring Island I believe. She spent a week out there with her daughters and her grandchildren. She said that she developed some kind of an eye infection there. Since we were in the front we kept talking quite a lot. Kamila on the other hand kept texting on her phone and napping periodically.

During one of the stops Kamila asked me if I could speak Polish and said that she was Polish too. We exchanged a few pleasantries but the conversation didn’t really continue all that much. I kind of wished that it did but she kept to herself. Her father was Arabic and combined with Polish genes created a stunning combination. What I could gather was that she kept coming back and forth between Vancouver and Nelson shuttling her daughter back an forth so that she could spend time with “her father.”

Carolyn was a decent driver. We had stops periodically so that she could give her knee a rest. She injured it skiing the past season. She is also well travelled having been to many countries and lived in many places. Nelson however, has been her home for a long time. She originally hails from Montreal and she told us about the traveling back and forth on the train across the country to visit her family there. The cost of traveling was much lower back then and there was a kind of freedom that is lacking now. The alternative to this ride would have been the Greyhound which is no longer the low cost travel alternative or choice that it once was.

We made fairly decent time along the highway. Going up and down over the mountains and through the various different valleys. Each valley had their own feel to it. There were one that was noticably drier that the others. This one the Okanagan valley extends to the desert down south. The others were lush with trees and vegitation. As we approached Nelson the rain became more prominent and the clouds momentarily created a white darkness. Passing the giant lorries became tense but we managed to pull ahead. 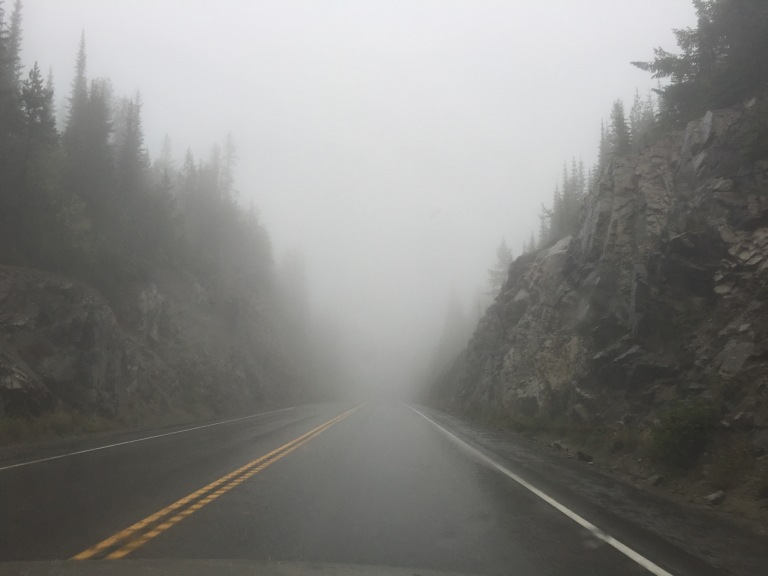 The drive took us about nine hours. We dropped off Kamila at some location slightly outside the city limits. She changed at one of the stops feeling better from the hangover she was suffering from. Carolyn remarked afterwards that she was glad that I came along because at least I was a bit personable. It’s a long drive and picking up rides to Nelson kind of helps to make the ride a bit less daunting. We said our goodbyes as she dropped me off at my friend’s and drove off. 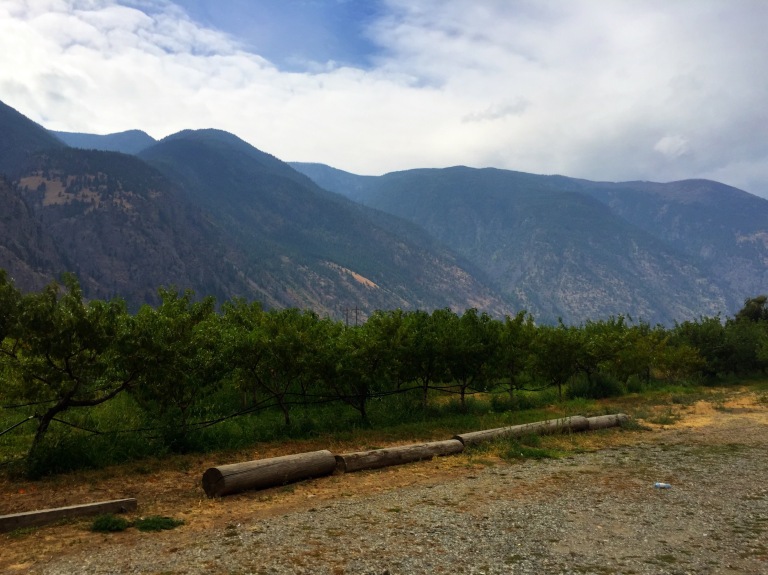 We spent the first couple of minutes talking and then headed to the Co-op to buy some things for dinner. Robyn’s kids didn’t know how to act at first and then slowly they warmed up. Robyn’s mom was there too and we all had a good chat at the end of the night. It was a long day with much travel and very little sleep the night before. We’ll explore the city a bit more the next day.