Sometimes all it takes is a change of scenery to brighten your mood. Mine needed a good nights sleep and a short ride to a new environment. 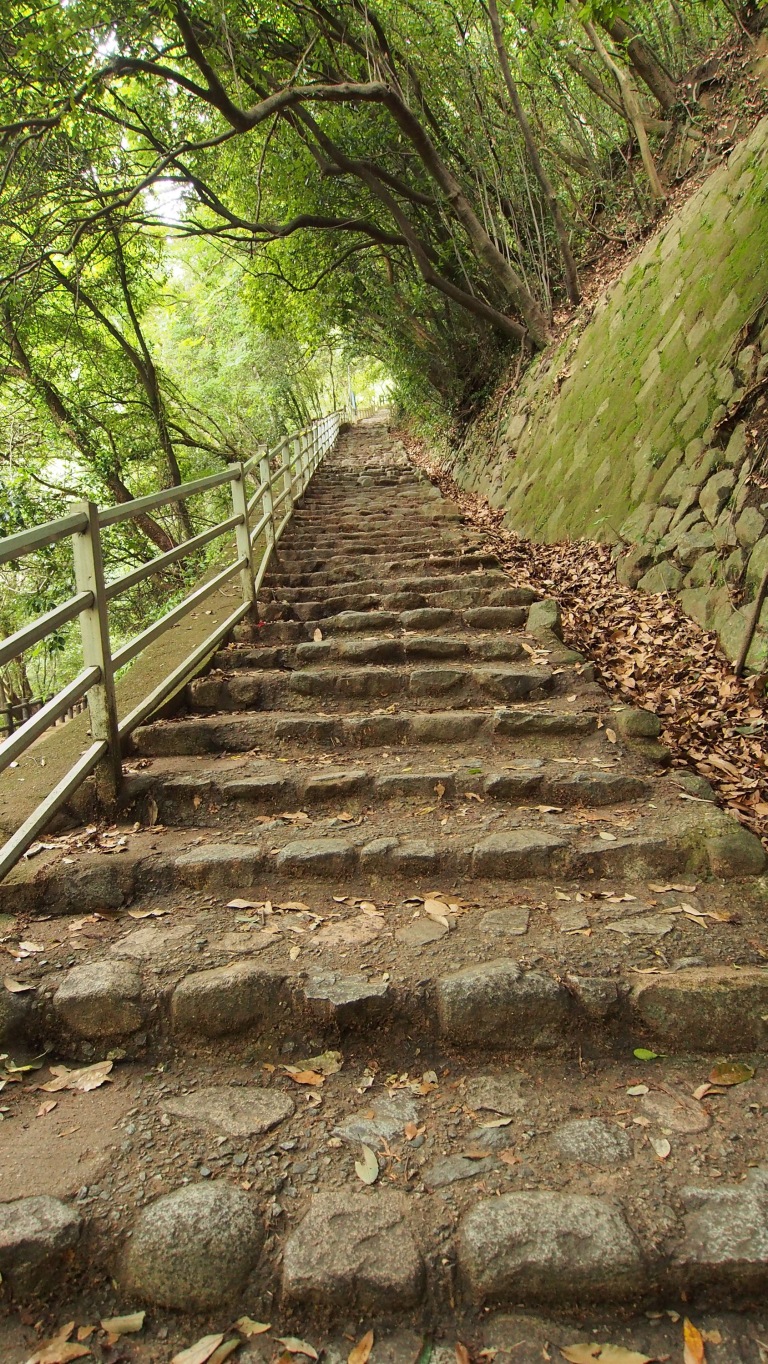 I got out of the hotel early as I felt a bit stir crazy. I figured that I’d get to the train station and check out a waterfall that is situated a short distance away. Nunobuki Falls are highly admired in Japan. They constitute one of three revered falls in Japan. Many movie scenes have been filmed here. As with any waterfall they required a climb up to see them.

Didn’t plan on getting this sweaty so early in the day but the sight of water gushing down was worth it. I can see why they are so romanticized in this culture. But it brought up another question in my mind mainly, with all these mountains don’t they have more waterfalls? I kept watching the clock as time was somewhat limited here. I climbed down the hill passing others making the pilgrimage to this sacred site. 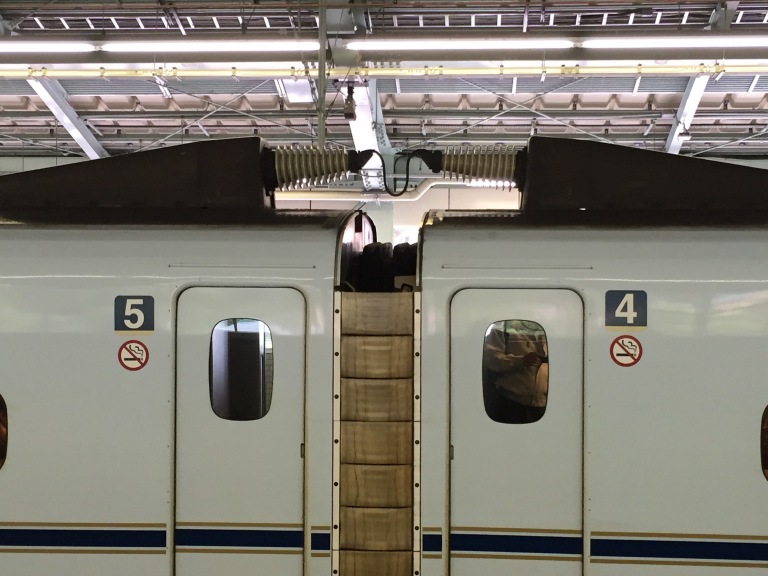 With some time to spare I got my pack out from the locker and waited on the platform for my train to arrive. I gave up my seat for an older couple that needed it. I kept taking pictures and video of the processes before me. The way people got on and off the train. A couple in a train headed the other way saw what I was doing as I prepared to record the arrival of another train. They laughed and gave me the thumbs up in recognition of my efforts. They probably did the same thing at some point marveling at this transportation system here. I’ll post the video in here at some point when I get back.

It took about thirty minutes to get to Kyoto from Kobe. Along with Osaka which sits in the middle this whole metropolis seems like one continuous city. It was hard to tell where one started and the other one finished. Had a guy try to sit next to me as he confused me with his pal sitting a few rows up. We both cracked up laughing as there aren’t too many westerners here. It was an easy mistake to make. 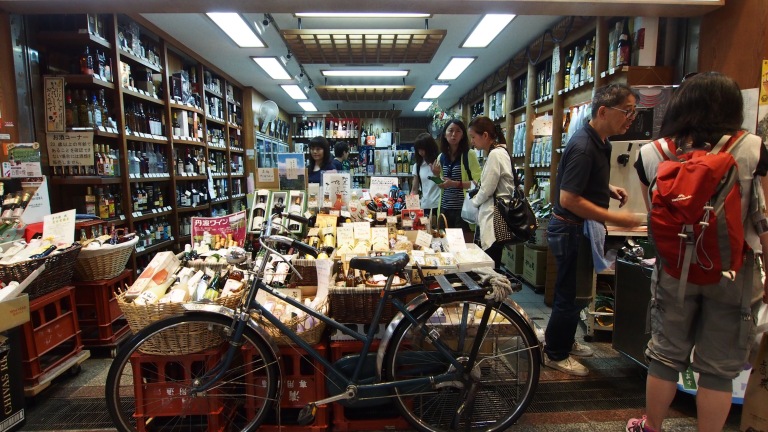 Kyoto immediately felt different. Maybe it’s the station having a bit more life to it versus the one in Kobe or maybe it’s something more intangable. How does one quantify the intangible? A feeling is just that at first. It’s an impression that comes from an interpretation of our sensory information. We imbue this with feeling personifying it and then justify it with eviece that we can point to. Certainly there are more tourists here and it may be that the city tries to cater to them by beautifying it. But this city used to be the capital of Japan up until 1879 or something like that. It had a lot of investment in itself for many many years. 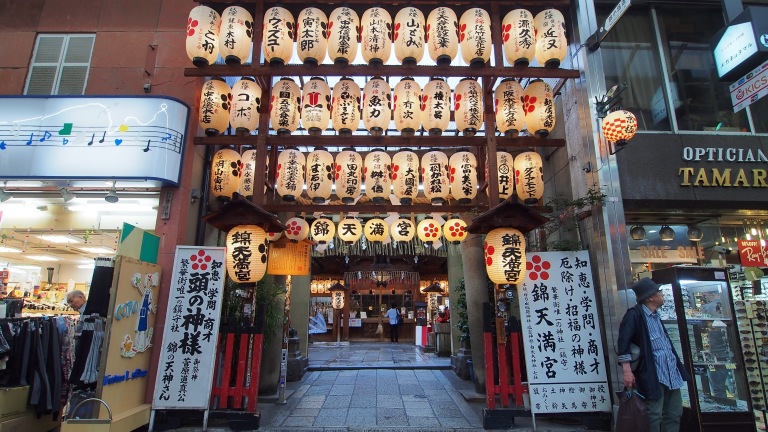 I had an issue tying to find my hotel. The map I had saved pointed me to where this hotel used to be. There was something, a shadow of information that my mail placed into the map of where I should go but the resolution wasn’t great enough to accurately determine which hotel I should go to. I went to two different hotels before I was pointed in the right direction. There are a lot of hotels in this area. Once I got to my hotel I was impressed. It emphasized my feeling that I should have spent three nights here instead of Kobe. Oh well no use in dwelling over it despite the rain beginning to fall. 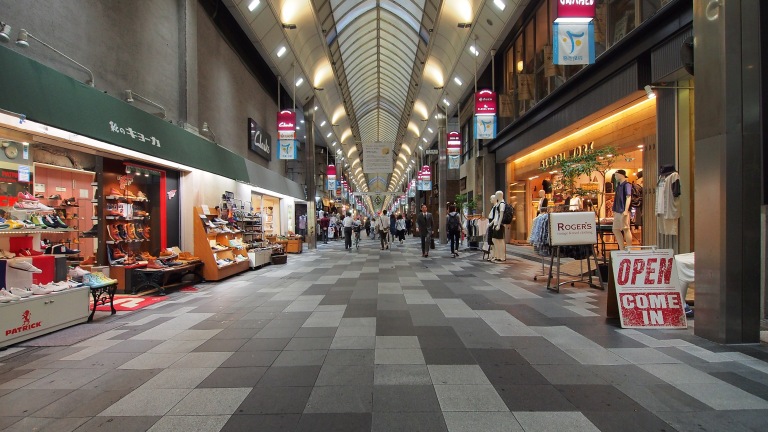 My dislike for umbrellas stems from practical issues. Firstly I’m weary of being poked with them. Here with everyone’s height the umbrellas tend to be at my eye level. Secondly they take up one hand. It makes it hard to take pictures. I crank my neck to hold it as I focus on framing a shot. It reduces the number of pictures I actually take. That may or may not be a good thing.

My earlier escapades warranted a change in clothing and a good scrubbing. Traversing the city with all my gear consumed a bit of energy as well. The one good thing was that I was able to learn a bit about it and since it was raining I decided to visit the market close to me. 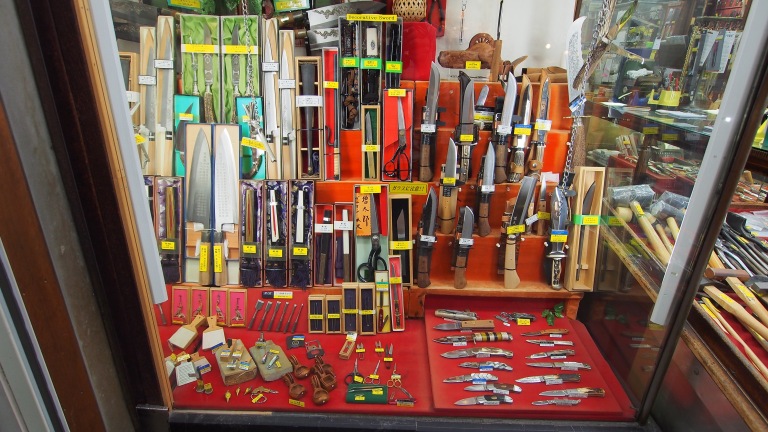 Nishiki Market is a modern take on the ancient market that used to exist here. The roads and pathways in the area lead to the various shrines and temples that are dotted around the city. They are concentrated in the eastern parts by decree of the ruler of the area at the time in the 1600’s. As with most Buddhist temples all over the world there were markets that sprung up around them to entice pilgrims to purchase many different items. There is also an extensive food market here as well. The other positive is the cover that this area provided from the rain. I had some Takoyaki that were quite tasty and satisfied me until I could have a proper dinner.

I wondered the different paths lined with a variety of shops seeing what was on offer. I must say that the whole area offered a tempting selection of goods. There are a lot of quality items on sale here. The problem is choosing what to buy. I’m being conservative and am refraining from buying too much. There isn’t much I need and having moved a lot I don’t want to saddle myself with trinkets….

I continued on and eventually having walked the breadth and length of the market I decided to get to the Kyoto tower. Even though it is raining the relatively low height offered a good destination and an interesting place to visit. I could get a sense of the city. The tower came into view finally. It’s really close to the station that I arrived in. At 100 meters it is relatively short compared to some of the tall buildings that I’ve visited. Still I have a thing for heights and it is the tallest one around. The viewing platform at the top is quite small but that offers it an intimacy that the newer tall attractions can’t. This year the tower celebrates fifty years of existence. I got the pictures that I needed and decided to get something to eat.

Walking the abandoned streets and getting closer to my hotel I felt like I would find a restaurant there. One peaked my interest and I decided to go in. I climbed down the narrow steps to the basement and opened the door.  The hostess greeted me with a smile and asked me to wait. The place has traditional rooms that can be closed off with paper doors. There weren’t many people there and soon she lead me to sit at the counter beside another lady eating alone.

I have a translation app that has been helpful but here in this place it started to break down as the names of the dishes were colorful in their description. Fortunately there was an English menu but even that wasn’t much better. This restaurant wasn’t cheap but this is the first time I have allowed myself this luxury of a fine dining experience. The place had a nice feel to it. I sipped on my beer as I picked out my choices. I had some sashimi as an appetizer before moving on to some of the more exotically prepared dishes. All of it was delicious.

We ended up talking quite a bit. It turns out that the waitress is studying English and she was eager to practice her English with me. She felt a bit shy at first but as we continued to talk I encouraged her talking. Between the various apps and some gestures we were able to have a decent conversation. I ended up being the last one there and with her boss standing there giving me the eye I felt like it was my time to go. It was a good time in that restaurant. The rain paused when I got out but as I payed there falling asleep I heard it come back with a vengeance. It’s going to be like this for the remainder of my time here according to the weather forecasts.