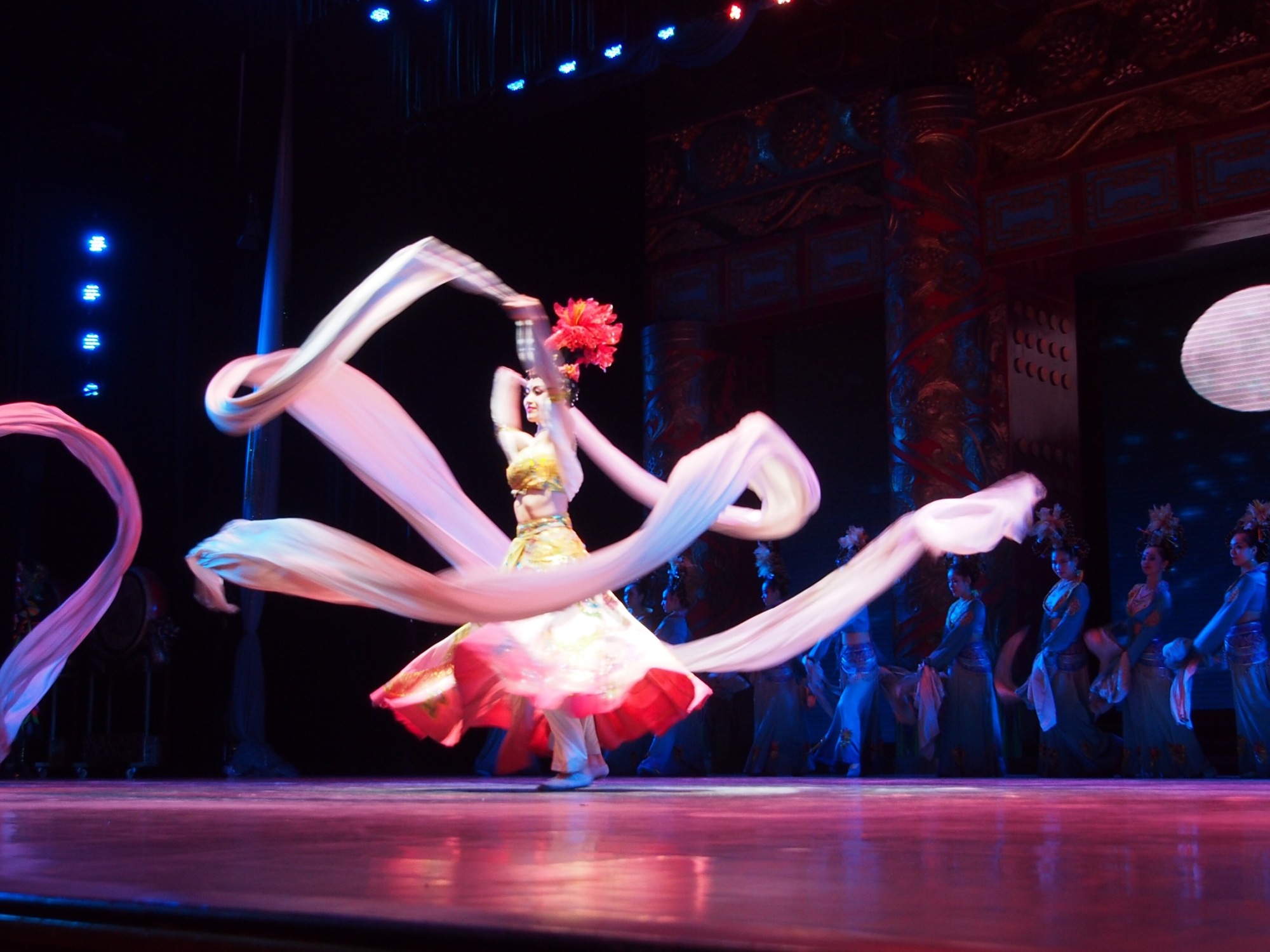 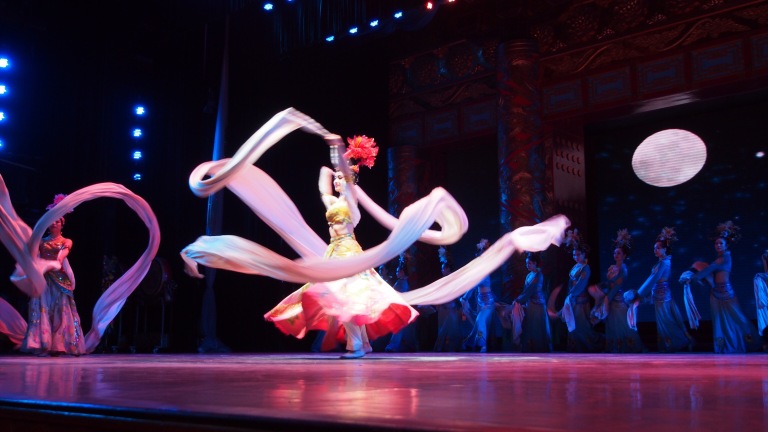 It was sometime around seven in the morning that the train pulled into the station in Xi’an. It was a long journey overnight sleeping in the middle bunk. The morning sun poured into the carriage from its eastern ascention point.  My bones told me to get up and stretch a bit. I wouldn’t call what I just had rest as much as just much needed sleep. Stepping outside the station it felt like a city. The sounds and sights of city life burst into the senses forcing their first impressions. It is a bustling place when the steady stream of people walk out into scene. We are just a small small portion of that crowd and we sought to make our way to the hotel.

The bus ride to the hotel was short. We made our way into the bus bags strapped to our backs crowding the already crowded space with our volume. We are used to this now the customary passport copy and the assigned keys to the room. This is a nice hotel by the standards that we have had up until now. The beds are a bit softer and keep getting softer the closer we get to our destination. The bathroom space is a module installed for this purpose. The plastic space is functional though and surprisingly spacious as I washed the travels film from my skin. There was enough time to wash and eat before we went exploring the city.

The old city fortifications are still intact. The thirteen kilometer perimeter with its wide stony path is perfect for cycling. This is exactly the mode of transport we used to navigate around it. The bikes had no gears but were fitted with shocks to dampen what would have been a bumpy ride otherwise. We had two hours to circumvent the path. The new city sprang up around the old one big shiny developments slowly replacing the old communist era buildings outside of it and inside there were low slung buildings never reaching higher than the walls. The whole structure was in great shape for something that is about six hundred years old. There were a number of restorations throughout its history and as this was the historical capital of China the respect for it is apparent. The group of us fractured as the distance covered increased with different things causing us to stop and vie for our attention. Eventually all of us ended up where we started a little bit more tanned from the blazing sun and a little bit more sweaty from the exertion.

We climbed down from the fortification and were guided onto the bus for a short ride to the center of the old city. There the bell tower stands as a symbol of how life was once organized into periods signaled with the sound of the bell. It was six in the morning to get up and eight in the evening to turn the lights out. The people obeyed and their lives and movements coordinated with the sound of that bell. The city is an ancient one with this incarnation of it the result of its flourishing beginning in the seventh century. There are many historical buildings that remain but many have been replaced over time. 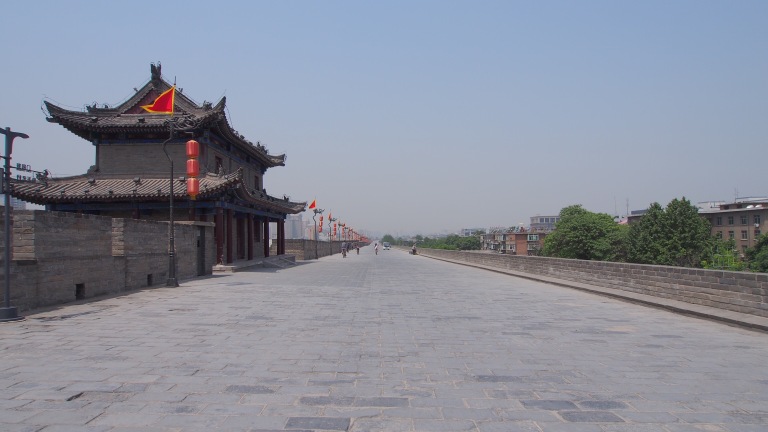 There are wide boulevards that cross cross the old city and then extend beyond the walls into the new city that lies around it. In order to get around the center there are underground passages built for padestrian convenience. We navigated this passage and went to a street that had some restaurants that served a variety of quick snacks. The pork burger is really a pulled pork sandwich that hit the spot in the stomach craving for some food. The orange, mango and pineapple juice replenished my thirst and pretty much everyone else enjoyed the same kind of meal. As we waited we were quickly shown where the bar street was and then continued on to the Muslim quarter.

This part of the city was built along with the rest of it. It houses a Chinese style mosque that is unique in the world as it is built in the Chinese architectural style. It traces its history all the way to 742 AD and was built by emperor Tsang in gratitude for the help in driving away Mongols. The Muslim population here was the result of the trade that developed along the Silk Road. This city was the starting point of that route to the Middle East and beyond to Europe. It is an interesting building that is slowly being restored and maintained to this present day. The Muslims that still live in the area use this mosque for worship. 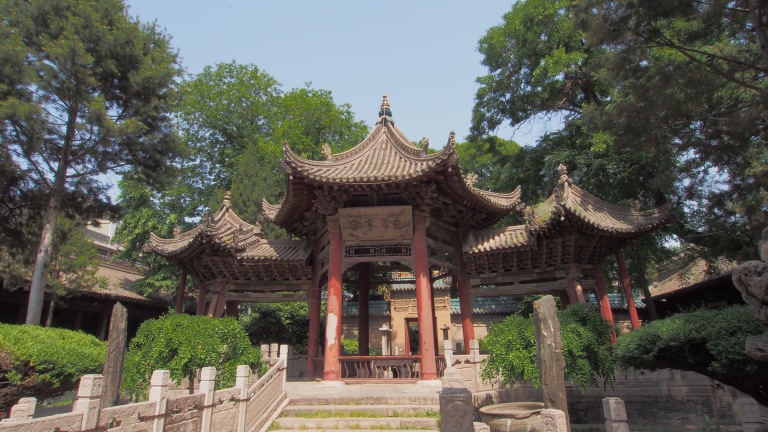 By this point the group that started off on the bikes fractured as our individual interests directed us in different ways. The three of us that stuck together sat in a nearby coffee shop joking and sharing stories. We talked about decisions and how we got to this point in our lives as well as what lies ahead. 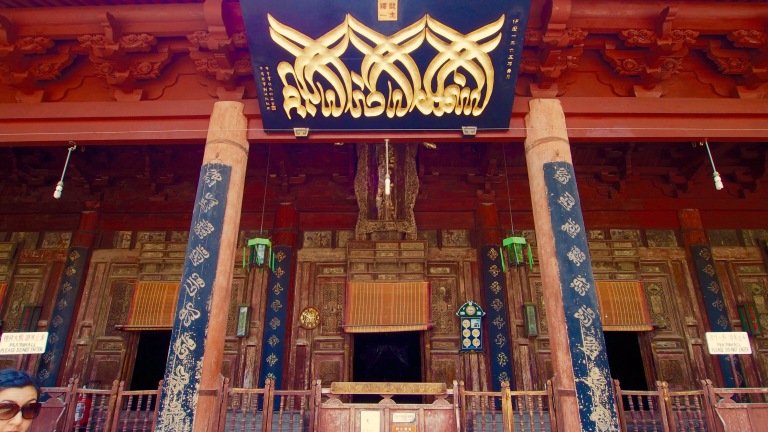 We made our way from this coffee shop outside the walls of the mosque towards the street that we knew would take us to the bell tower and beyond to the hotel. Along the way we explored the bustling market with its various vendors selling various wares. There are also various stalls vying for our attention with a flair meant to draw our attention to the exotic morsels of food on display. The were smells wafting in the air some sweet while others inducing gurgling in the stomach with its sumptuous aromas. Some of it took a while to figure out what it was but eventually that moment of realization came.

We stopped again at the famous and western coffee shop that I like to frequent. It had a nice patio from where we could watch the people walk by. Here in this country this is a two way street since we are ourselves a bit of a curiosity. However since this is a much bigger city there are more tourists from western parts walking about. We are less of a celebrity than in the towns we were in before. The fashion is more appropriate to a sophisticated place with many wearing fashionable clothing appropriate to the more complex culture of a busy cityscape. 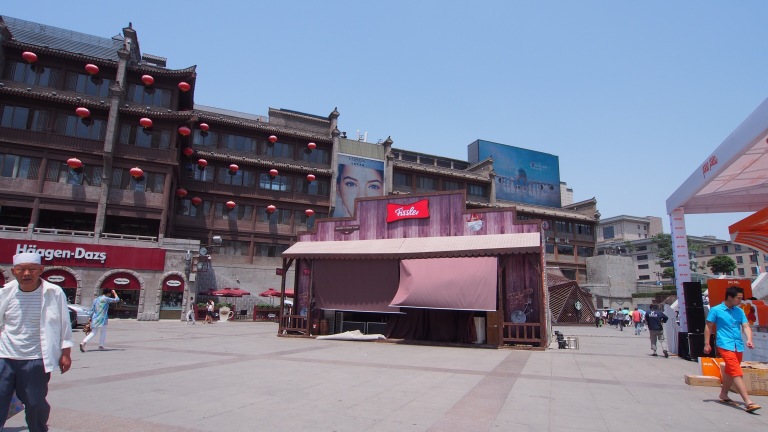 We couldn’t stay here in this spot for long as we had dinner to go to. There is a dumpling feast on the menu and a show to go to. So we walked the wide boulevard crossing busy streets underground along our path to the hotel. I even saw buskers preparing to sing and fill the corridor underground with sounds. There was the sad dropped egg and curious displays but we made it in time to prepare to go out. Just enough time for a shower and a fresh shirt to look and feel fresh.

The show and dinner were in a hotel outside the walls of the city. We took a bus from the hotel to the spot and walked a little ways. It took a bit of courage to cross the street above ground but there is strength in numbers and some drivers accomodate our desire to cross. We got to the hotel that housed the event and were whisked downstairs to the restaurant where the dumpling feast was served. There were many different kinds of dumplings in various shapes that came in waves from the kitchen. Veggie dumplings, pork dumplings, beef dumplings, sweet dplings well you get the point. Slowly our table consumed them all. Our stomachs accommodated as much as they could. It was a very good feast I must say. We finished the meal with a few minutes to spare as it was soon time to go upstairs for the show. 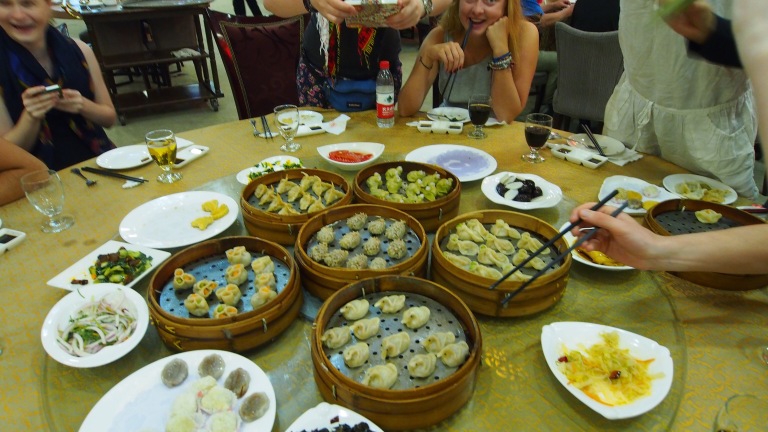 The show was a traditional recreation of songs and dance from the Tsang Dynasty. The emperor of the time was not only a good military leader but was also very interested in arts. One night he had a dream and music he heard inspired him to recreate it with the choreography interpreted by his favourite concubine. There were other songs and performances from the period displaying the style and sophistication of the time.

The show used instruments that were recreated from the time. These sounds represented the various aspects of life in those times from the Warriors that expressed their prowess in battle to the changing seasons and the sounds of the birds singing their songs in the spring. There were sensual dances and melodic songs that showed the lives of the privilidged classes. It was a good show and we got to enjoy it all sitting really close to the stage.

Once the the show was over we made our way back in different modes of transport with some of us taking a cab while some of us took the bus. One of us got tired of waiting and walked all the way back. It was a good day that started on the train and ended in the comfort of a softer bed.