Once again I find myself traveling the long road back to the West Coast on my own. My companion for the last week or so has left to go back home. They were good days that we spent together but circumstances are such as they are and time to walk our individual paths have come. After breakfast she went to do some shopping and I went to explore the city for a time. My destination was the Victory Monument.

The area where it is found is vast and once I got there I realized there was no way to get close to it. Still it have me time to just walk and take in the city at a pace I wasn’t able to before. Once I took a few photos I started to make my way back confident in the notion that I would see something interesting along the way. 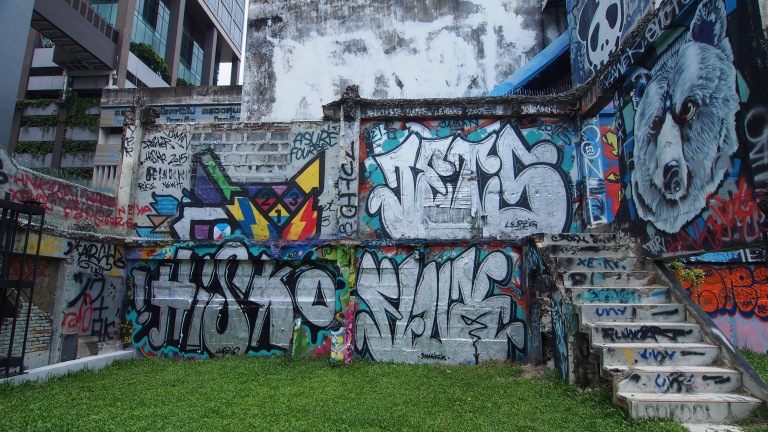 It was after a period of time that I saw the murals spray painted on the remains of a structure. The space that the building once occupied  is now a green lawn and the skeleton of the building beautified by the creative use of color. It is now a space where kids can come and play or adults to relax. Not many such places exist here and this one stood out as I approached.

I documented the street art as best as I could knowing full well that such art is transitory in nature. Spaces such as this fall victim to development as someone eyes such land in a prime location and salivates at the prospect of development and profit. I continued on along the road photographing the landscape around me.

A lot of the things I saw were decorated with graphic displays and posters. There is a rich tapestry of announcements and statements. When these were made I wonder how long they thought these were going to survive? Time moves forward and the inertia scrapes the surfaces clean revealing the deeper structures and scabs become the new skin that we see.

Everybody felt the heat of the day. Locals were sweating too as the humidity reached a point where rains are inevitable. I continued my walk towards the malls visited yesterday as we were to meet up in a couple of hours to say our goodbyes. I passed a 3D scanning place that offeres to create a miniature version of you for a price that was just a bit too high. I calculate things in practical ways and this cost was a stay in a hotel or beers for weeks. So it isn’t really worth it to make a mini me. 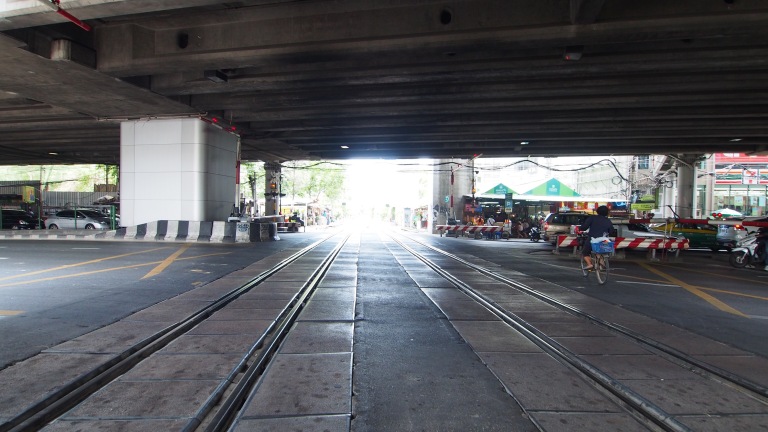 I sat for a little bit having a cold drink and watching people walking by. The now common sight of older men with younger women (as far as I could tell 😉 and tourists walking purposefully but sometimes looking lost.

We met up in the hotel room just as we had planned. Everything fit because of the new bag to hold all the new stuff. It started to rain as she was packing but stopped as we left. The taxi guys were of no use so we decided to walk to the station. Traffic was horrendous more like a parking lot than anything resembling movement. The walk to the station took twenty minutes it wasn’t that bad.

After we parted and with a solemn heart I made my way to BITEC to see Comic Con Asia’s largest such cultural event. Google maps showed me the wrong spot to walk to but I soon figured it out.

The space is huge and with the people inside it felt empty. There were too few of them filling the space. All the usual suspects were there promoting their shows. Some scantly clad women representing characters from shows I’m not familiar with. I even took a photo with someone important promoting The Game of Thrones. When I get back I’ll have to look into who he was.

The highlight for me was getting the 360 photo taken of me. Good thing there wasn’t a lot of people so I took three different takes. The kick turned out the best. I spent some time walking around and taking photos of the sights. 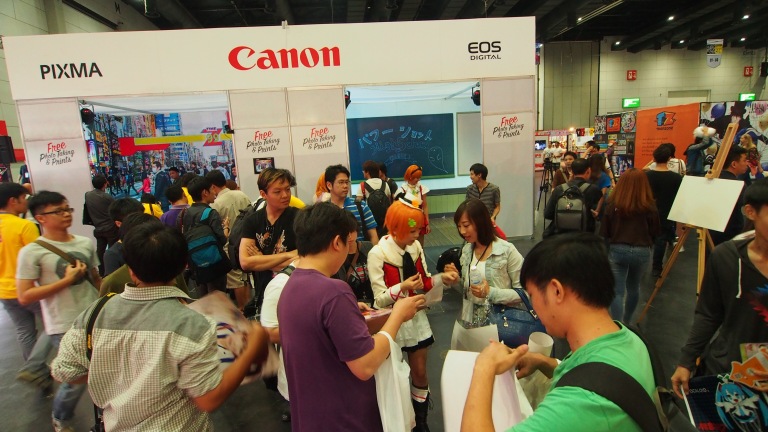 I eventually saw everything and decided to go back. The train back to the hotel was quick and efficient. I saw a bar by the station that had a good vantage point so I decided to go in. I’m happy I did because I ended up talking to Andrew the proprietor of the place. He is American and has been living here for a while. He gave me some pointers about staying here and keeping safe. We swapped stories from our past as I enjoyed a few cold pints.

It was a day to remember and one to think about later but I’m leaving Bangkok and heading to Samui. I’ll watch the big fight there as well as some Mui Thai Kickboxing. It’s time to get packing and get ready to go.