It has been sixteen years since my car broke down for the last time. I was on my way to propose and the moment when I parked on the shoulder I thought to myself whether or not this was some kind of an omen. I naturally viewed it as some kind of a test of my love at the time. I haven’t owned a car since and as I am no longer involved in that relationship the intervening years have always weighed heavy on this day as if somehow this day was ruined for a while. I was determined to overcome this mental block by just a simple dinner and great conversation. How hard could that be? 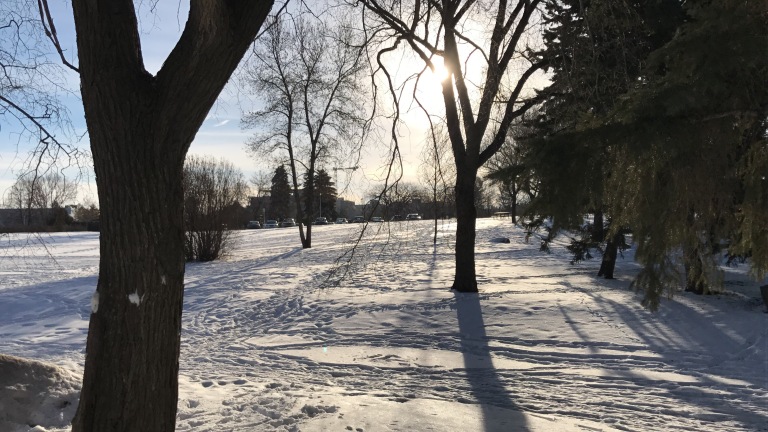 I have just recently started a new job. This kind of plays against me regarding the timing of dinnertime. The menu for tonight’s dinner called for chicken cordon bleu with baked potatoes in a garlic and herb sauce as well as a salad. I had all of the ingredients pre-purchased so that I could start on dinner right away. I haven’t made all of the pieces of the dinner before. The chicken seems easy enough, the potatoes will take the longest so that I will make them first. I didn’t think that the workday will take so long. One of the presenters came dressed in a valentine patterned shirt as an homage to this day. I rushed to the liquor store in order to get some wine for tonight’s dinner.

I was working furiously cutting away following the instructions given. I had a picture of how this dinner would look like. I tried hard to make it the best that I could. Thoughts of empty Valentines of years past hung around me like ghosts of Christmas past. Having been a singleton for so long this day is one of those anomalous days where it would be nice to be romantic towards somebody but my conscience always came in the way. It asked an important question: do I really love this person enough to do all of this for? Is this made with heart or is this made for show in order to get some? Fortunately there weren’t too many times when I had to fake it but all those lonely times felt like one day this would all change. It seems like I have finally reached those times when it has. It is that challenge now to overcome the baggage that is associated with this date.

After Halloween this is the second biggest financial civic event of the year. Christians will protest that this is the feast day of St Valentine a second century Roman priest who married couples and was martyred for it. Over time he became the patron saint of lovers and in modern times his feast day became co-opted by corporate interests when it became recognized as a special day for couples to celebrate their relationships. Increasingly this day has hoisted pressure on couples everywhere to acknowledge their love for each other. Men being men have turned this into an elaborate display of affection to varying degrees of success. Proposing on this day or doing any kind of act including presenting presents has become the norm. Not only are these expectations unrealistic as everyday should reinforce the feelings that one feels toward the other partner in the relationship but they also play into the hands of those who treat love as an industry. Restaurants are filled with other couples doing precisely that kind of activity that should be done on a regular basis.

Last year I was alone with my partner here in Canada. We did the best we could over the interwebs smiling at each other through the medium. Our young relationship fostered through technology and persistent conversation. Neither of us knew if we would make it to this point in time this year. I was happy enough to be able to send a Valentine to someone never mind the distance between us. Now that we are together it should be easier to express this through the simple act of making dinner. I had a special present that almost became lost as I tried to fetch it from its perch high above the clothes in our closet. I had it tucked away and it fell down through the crack into a pile of neatly hung and folded clothes. I was a bit stressed.

It took longer than expected to cook dinner. I underestimated my ability to just throw things together. The chicken was going to take some time but I didn’t expect me to fumble it as much as I did. I didn’t think it through as well as I hoped. My stomach was churning now. I was hungry. Chrl and I have been having an ongoing conversation and with my mood as it was I tried to remain as cool as I could be. These are subtleties that churn slowly in my mind. About an hour late dinner was finally ready to be served. We were both showered and dressed up a bit for our date. We sat down and toasted to Valentines and the strength of our relationship for leading us here together to Saskatoon. We dug into the meal and after a few cuts I took a closer look at my chicken. It wasn’t ready…

Sometimes when one is on a roll it becomes hard to remain focused on the details. Things have a way of working themselves out for so long that it is easy to become complacent and lose some of the attention that has led to success in the first place. I knew that I wasn’t feeling the day itself for whatever reason so I should have been ready for something like this to break my stride. I wasn’t in the best of moods but the thing is Chrl wasn’t upset or anything. In fact it was quite the opposite. She was supportive and recognized the struggle I was having with this day. She has had her own struggles with this day. Like engraving the right date. Until the time comes when love finds its way in the form of a domestic partner the view of this particular day remains cynical. Pff! All of this love all around me…

We sat on the couch chatting sipping on some wine. We discussed our ghosts of Valentine’s past. My car fiasco was something that came up as did some of her past relationships. Valentine’s wasn’t a day she had anything close to my experiences. In truth the rest of that night back then was great it was what happened afterwards that forevermore became associated with a broken heart. Mending took a long time simply because it took so long to find another heart that was willing to walk alongside mine. One can be a lone wolf out on the prowl for only so long. There is a best before date over there somewhere. It’s one of those things that has to fall into place but one can’t be complacent about it. I think that’s what I kept telling myself before giving up on ever finding it.

Dinner once ready was delicious actually. It allowed us to have this conversation. The conversation is something that is important to me. It is important to both of us. I confessed to Chrl that I was having problems with this day. Maybe it was because of the pressure that I put on myself to make it something that would be remembered. How could it not be? It is the first one that we have spent together. The little hiccups that we experienced are alright plus we had a chance to connect by revealing something inside of us that for lack of a better description was causing some psychic tension. It was psychologically manifesting in a somatic way. There was a physical component to it that disappeared after discussing these feelings surrounding this day.

This date on our calendar has associations that we develop over the course of our lives. Back in elementary school when we gave and received valentines I secretly hoped to get my crush but I didn’t. Later attempts failed miserably. In those moments I realized that I couldn’t be the poorly dressed immigrant kid trying to impress the pretty girl. There were reasons that went beyond class and wealth. There was the way that cool was perceived and was I then and am I now? The answer to that question no longer matters and frankly it is not a question that I worry about anymore. Now it is much more important to be interesting without being pompous. To be authentic without being fake and be comfortable with oneself regardless of the shallow criticism that may come your way. In the conversations that we had that night we shed something, we passed through a layer exposing ever more intimate aspects of ourselves. That is what we need to grow together. We need these moments that inspire us to new heights regardless of the obstacles that get in our way for these are just the thing we need to help us develop this relationship further.