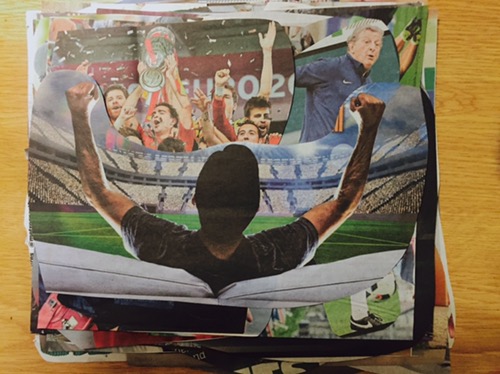 It’s like I became possessed or obsessed with finishing. This project that I had undertaken this search for images within the pages of a dying medium. It started when I first arrived and I came to my room with a copy of the daily freebie that was sitting there waiting to be taken. There were dead spots along my journey so the next story that I wanted to read wouldn’t be available. I’d watch that damn spinning wheel. 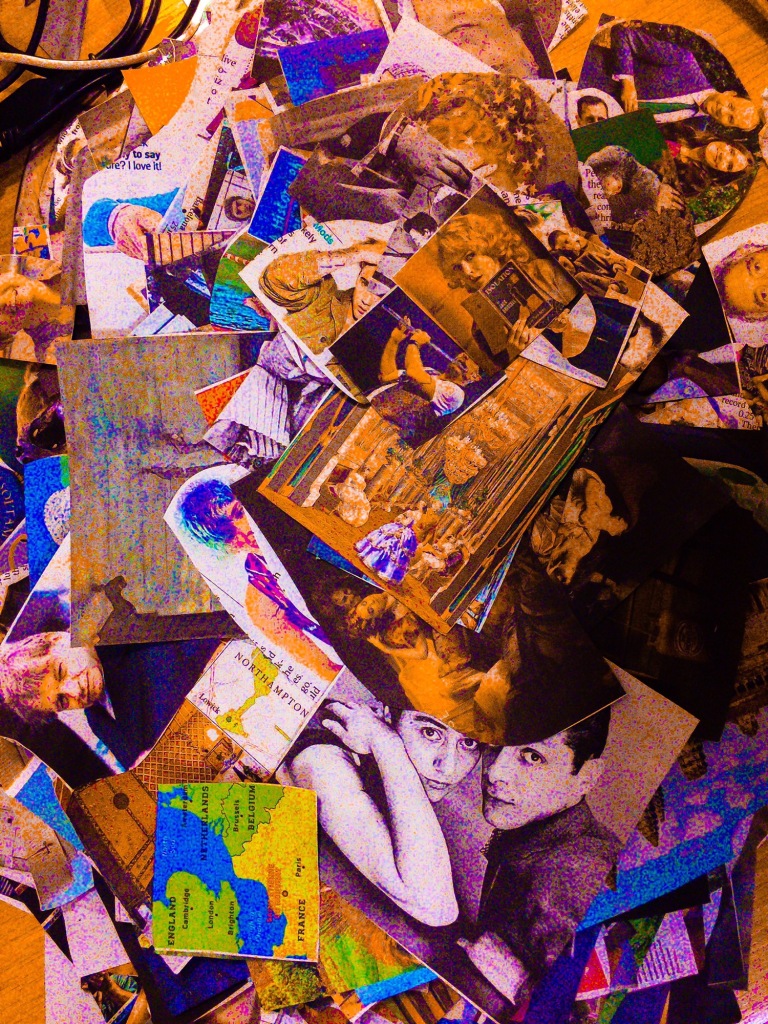 Sometimes I would be writing or just starting off into space as the countryside rolled passed me. This was my daily commute timed precisely between spots where I’d alight to the next form of transportation. I’d read the paper during that time on the train. No one around this early in the morning and that fifteen to twenty five minute journey would breeze by.

A lot if things have happened over the past year. As my blade cut through the paper to extract the image the image itself would remind me that yes this did in fact happen. There have been so many things. The fact that it’s a freebie means that only the important news makes it in along with those friendly features that we all love and enjoy. The entertainment, the sport and the current trends. No in depth analysis just some cursory facts skewed by the editorial board. What makes it where and what doesn’t really depends on the country you’re in.

The big news earlier in the year has been Brexit and in the second half it was the presidential race and its aftermath. The question is what happened in this world that has made us turn to such leaders? Where is the peace and love that has been such a strong influence on our behavior? Has the conditioning really become this strong that we listen to the most famous face, the face that wags its chin to sound the wittiest and not necessarily the wisest. Have people heard precisely what they wanted to hear to be convinced that that is the best choice? If both of these choices went the other way what would the world be saying now? 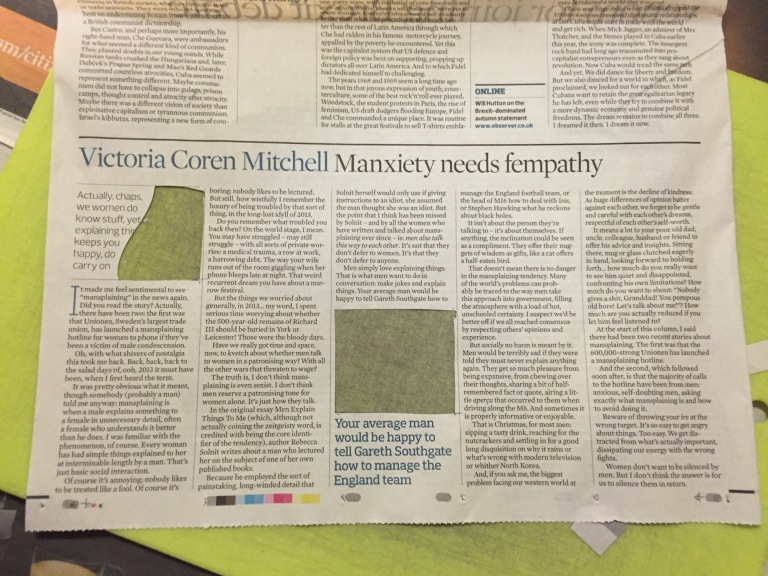 If it’s a game that’s being played on us and with us it is surely one tiring wheel we’ve got to run. In the other hand if these events are just a culmination of random and synthetic events then it is precisely as it should be. Opinion has swayed and time will tell if those who believed and those who opposed have been correct in their assessment prior to casting their choice.

There is all that violence and all that predatory sexual deviancy that keeps popping up. As quickly as it raises itself up to the surface it gets burried under another storm over the horizon. There have been all those natural disasters and all those protests against oppression, against wrong, against those who hold on to oiwer in the face of overwhelming opposition and sometimes just firm humble resistance.

There are all these faces and all these places that I haven’t seen. I don’t have the context to follow the moving screen. The next dance off or the next voice from the public that wants to make it big. There is all this talent and all this adulation to administer too. Such a fickle audience. It’s hard to see what will really take off and when. Take the old masters who now are renowned but in their lifetime were sometimes relegated to paupers out on the street.

My hands were black from the ink. The paper dried my skin and the dust entered my lungs. I wondered if it was toxic but then I went out for some fresh air. I wondered if I would get through everything. During my task I let my mind wonder as each picture hung in my consciousness while I removed the words around it. With all the messing and arranging they are just images now detached from time and detached from what they were displaying.

My imagination wonders too as I began to examine what I would do with all of this stuff. What should I do with all of these images? How would they combine together to say something about the year that past?

But I also had to think about the future. My own future and that of my impending move back. Feelings sometimes were pushed aside as I wondered about what those four letters say about my emotional state. The thing is I have to trust what I remember that I felt when we were around each other. What we said to each other and continue to say. Sometimes there is that tingle in the mind saying to watch out but not in this case. It’s something that I noticed and it seems kind of strange. There are certainly things that have to be ironed out but on the whole I’m feeling excited about the prospect for it all.

All in all it took me from Thursday afternoon to Tuesday night to finish the last portion of it. Over the weekend I worked from morning until night only taking breaks to eat and pick up some things that I needed from a shop. At certain points as my mind drifted there were some insightful thoughts that come when in a meditative state. The steady rhythm of my work allowed my mind to drift away entranced by the wonder and beauty that comes from a drifting consciousness. I don’t know if any of the chemicals had something to do with it. The small bottle of whisky helped this process along. In any case as I mentioned before many thoughts passed through my mind and when this prices finally finished on Tuesday night I was elated. The whole process lifted my spirits as I finally knew that it was done and that I can move on. A wave of peace washed over me like some kind of a zen state. There was an insight that I acquired somewhere along the way. Now it’s time to use the insights in a positive light.