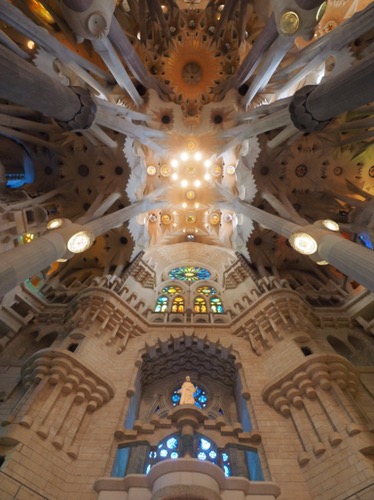 The Sagrada Familia is a church under construction in Barcelona. Its initial beginnings were grandiosely expanded on by Antoni Gaudí. This building has been under continuous construction since the late 1800’s. It is a place that I’ve really wanted to visit ever since learning about it.  Gaudí was part and a leading proponent of Catalan Modernism. This philosophy infuses the structures that are found around the city following in the footsteps of this areas rich history. 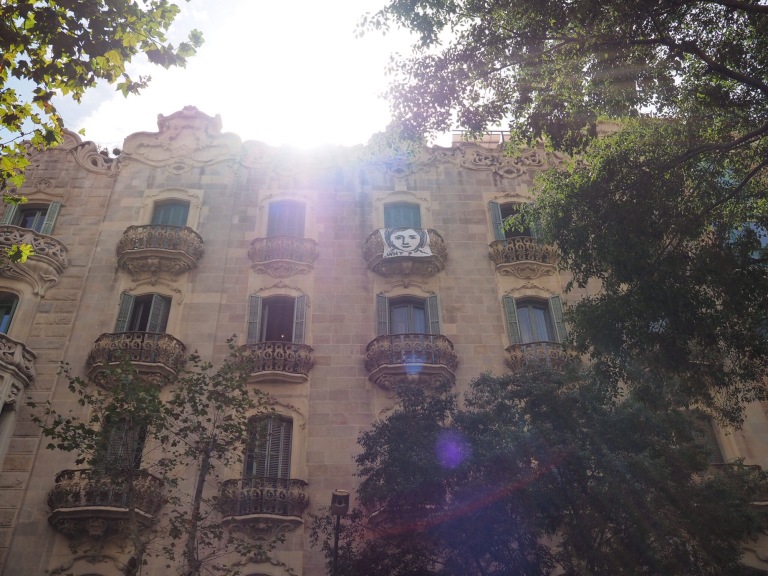 My morning was spent sitting outside in the shade of the umbrella writing about our experiences so far. They are numerous and it’s nice to just relax and slow down. I kind of have to and I should. We are on vacation and “everything doesn’t have to be seen.” This church is something that should. 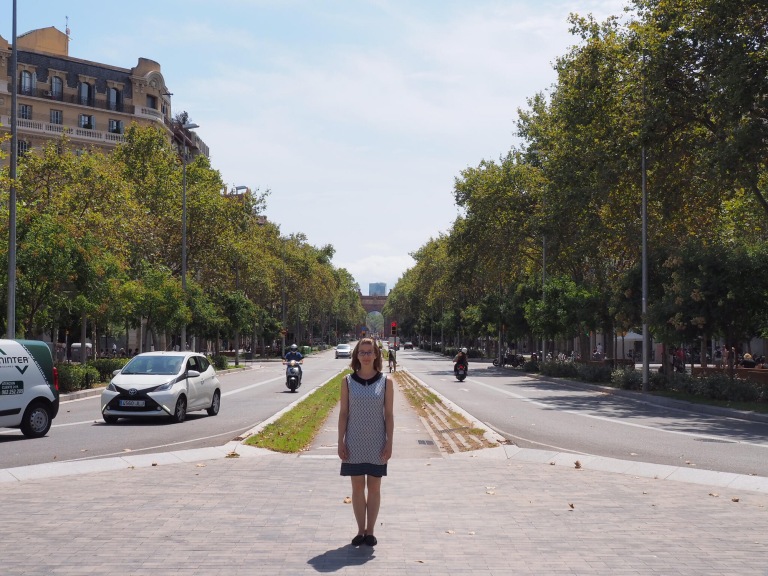 We had ordered tickets online so that we didn’t have to wait in line. It is such a convenient service. However the times that would have been ideal for us were already taken. No matter we are learning to adjust what we do on the fly according to what is available to us. Chrl is approaching the end of her term and now only the big important projects remain. I am also working with her on this. I have to learn to adjust the schedule and route to make the most efficient use of our time. We are learning about each other and we are helping each other understand each other’s needs. 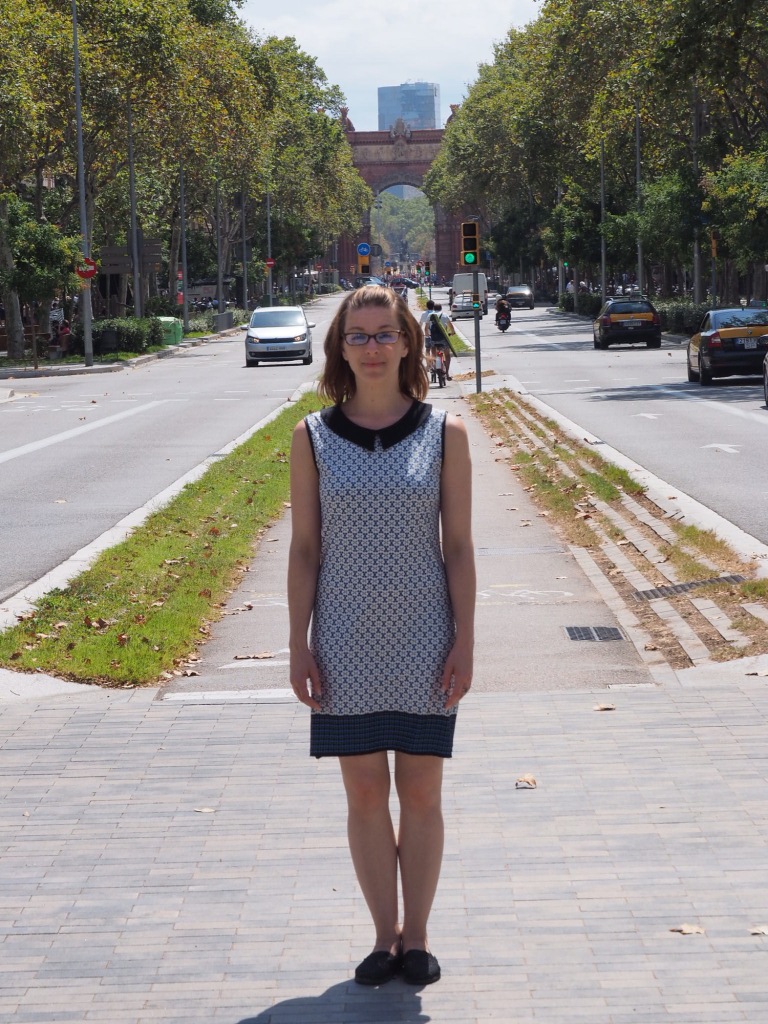 The church is about a half hour walk from here. We meandered sour way there. We needed to eat before our scheduled entry time. I suggested that we find some spot close to the church allowing us a chance to admire it while we ate. We are treating this as kind of a date getting all dressed up. The weather is hot and this slows the pace of our walk. I’m learning to modulate my pace. Chrl isn’t used to my pace and it can tire her out. It’s been a source of banter between us. I keep joking about this grandiose plans to see everything. It won’t happen though.

We work so well as a team. At the Asian restaurant that we found along the way we found a table outside. We found an English menu and figured out which choices we wanted cooked together in a stir fry. I went to join the line. It moved along slowly until it came to a halt. The lady behind the counter looked like she was going to blow. 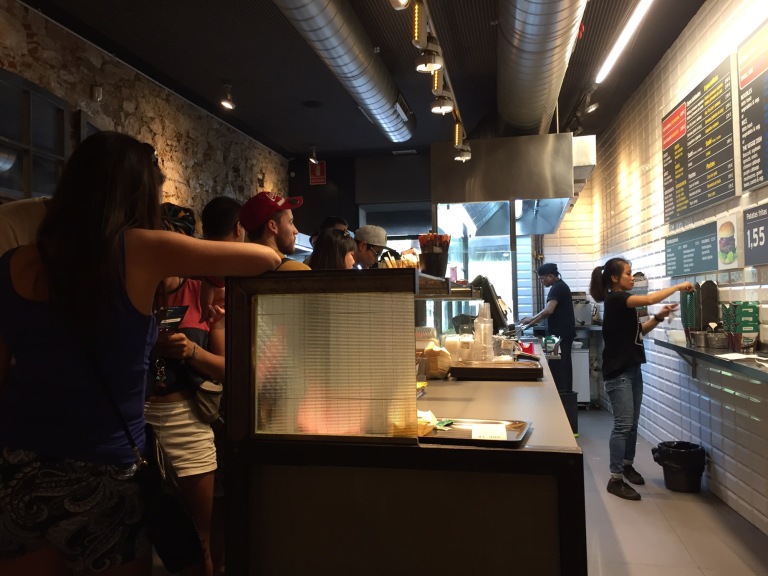 The lady she was talking to looked a bit flustered. They obviously didn’t plan ahead. English was a second or distant third language for both of them. They probably needed another person behind the counter based on how many people were coming through the place. The woman behind the counter probably needed a break. The woman just in front of me just had a question and didn’t order anything. My turn! I knew exactly how and what to order. As she was giving me my change I said to her “just take a deep breath.” To which she responded with a smile. I relayed the story to Chrl outside. It must have taken fifteen minutes or so to get the food. It felt much longer than that. 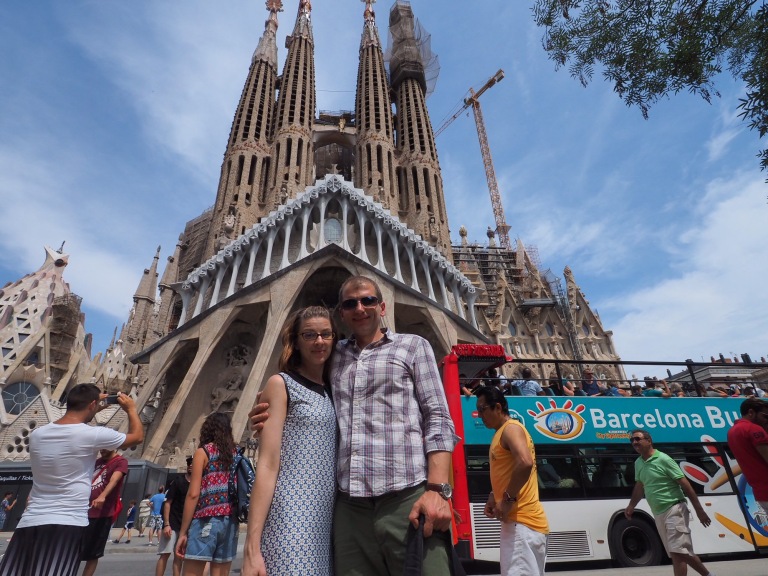 Part of the appeal of this church is the exterior. It has a lot of Christian symbolism based on the biblical story of Jesus. The first part that Gaudí began to work on was the Nativity scene. The beginning of his life. The side or direct opposite is the Passion scene where Jesus is crucified. This part is a lot more moving as it is executed with more hard edges that add to the drama of the scenes. 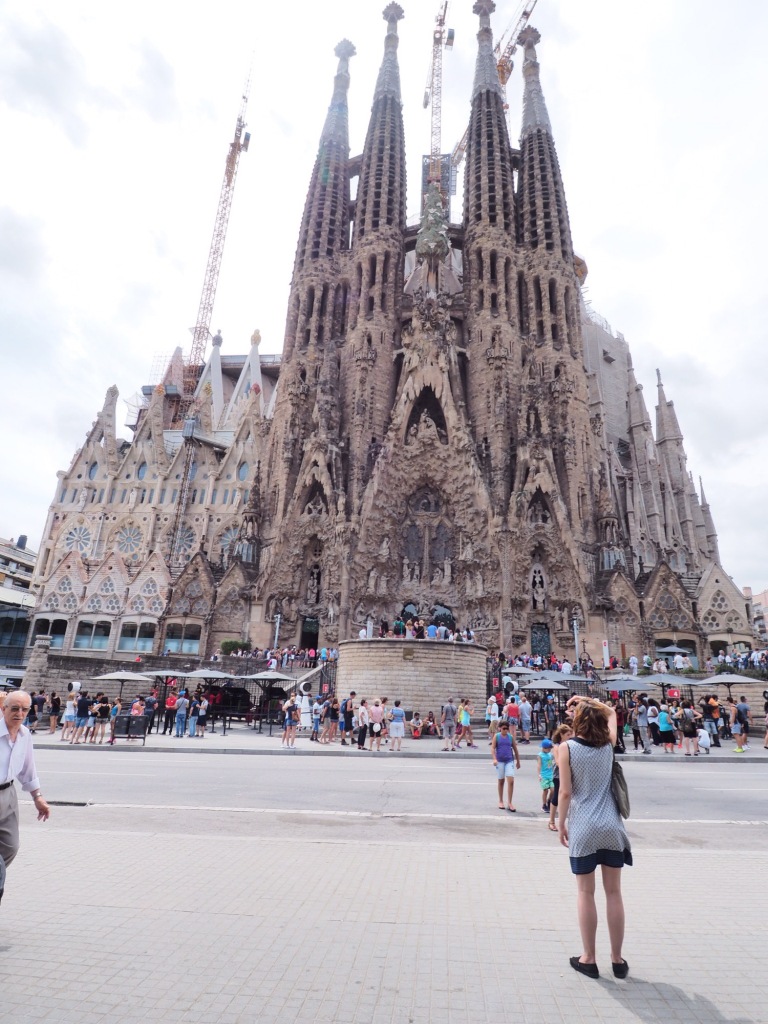 Gaudí died tragically as a result of stepping in front of a tram that used to run in front of the church. He was inspecting progress and had to look up at the tall towers. He only saw the first one completed. There will be thirteen in total.  The church is an expiatory building dedicated to the Holy Family. The construction is meant to exhalt God’s glory thereby incurring blessings upon this land. This building then says a lot about the people native to this land and the faith that they have in a higher power and in themselves. 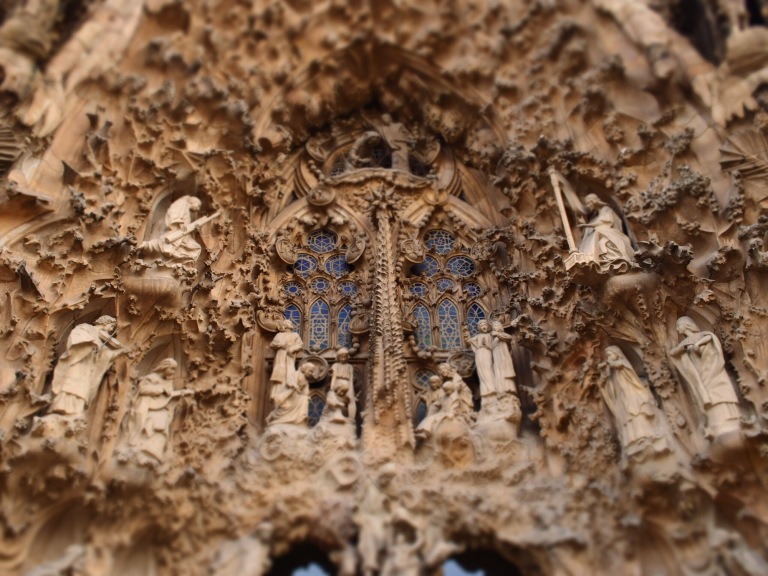 We admired all sides of the building. I offered to take a photo of this polish family if they were willing to take a picture for me of us. This communal spirit uplifted us and we got a decent picture to boot. Outside the entrance we got some ice cream and found a bench on which to talk and enjoy the view. The trees framed the architecture beautifully with the water in front. We watched people take selfies from the ideal spot. We of course had to try the spot ourselves. Soon it was time to go in. 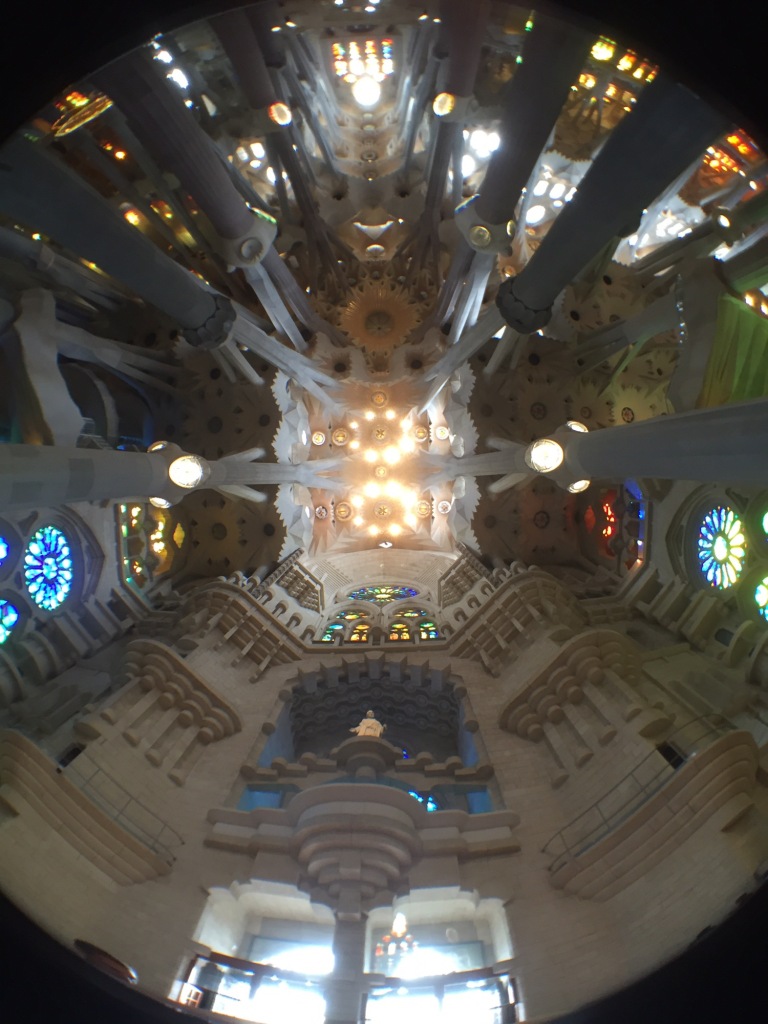 One is never really prepared with how it will feel to step inside a space. This church strained our already strained necks as we gazed upward at the ceiling. The shapes and angles of the pillars as they climbed upward was spectacular. The giant stained glass windows mixed well with the lighting and filled the space with colored light imbuing the structure with color. The middle section is not finished yet and it is cordoned off. The scheduled completion time is 2026. 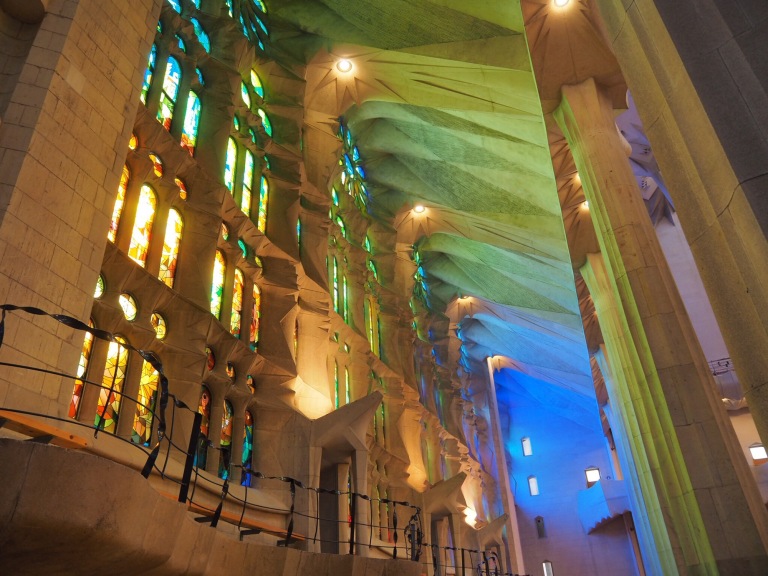 We walked back and forth around the church as I took photos with all the various lenses that I carry. We sat there together in the pews as well in quiet contemplation. I thought and hoped for blessings in our future together. This positive vibe that this place has helped to uplift my thoughts. Asking for fortune is one thing doing something with fortune is another. 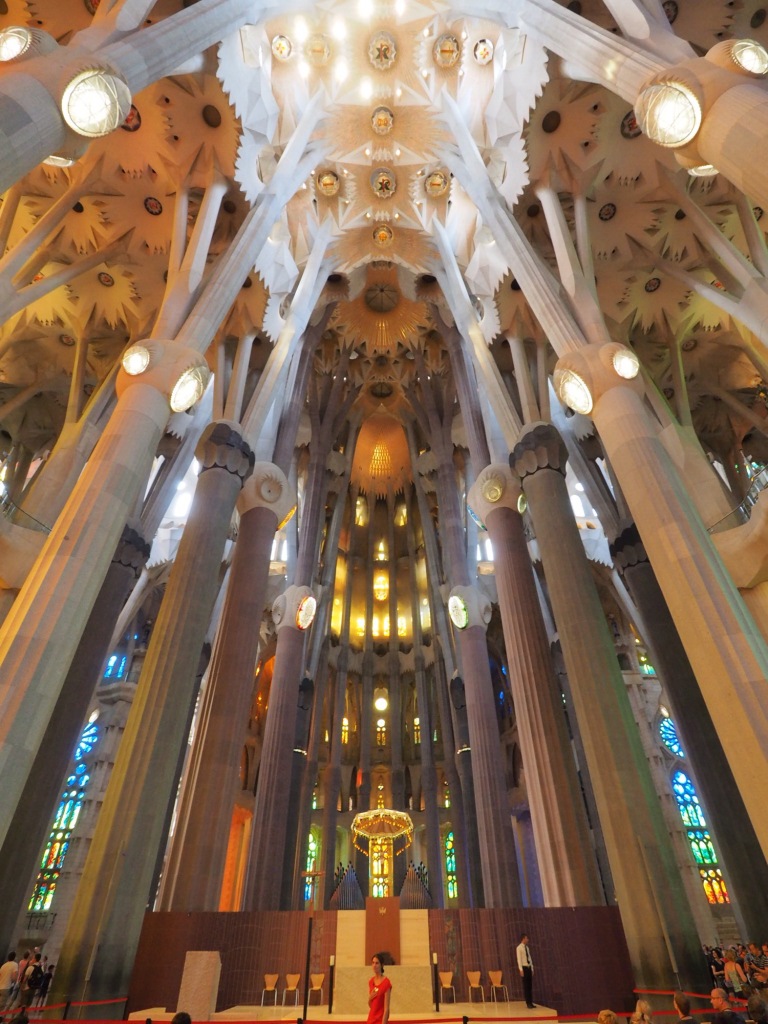 We had a great time on this excursion. We found some roadside restaurant and had some pizza and talked about our experience. We talk about much more than that. We also discussed our strategy regarding Chrl’s school needs and the plans we have for the next day. Chrl wants to chill a bit too. She isn’t like me who likes to move and explore. I do get a chance to do that on my own when she is studying. It’s nice that we are so close to everything. 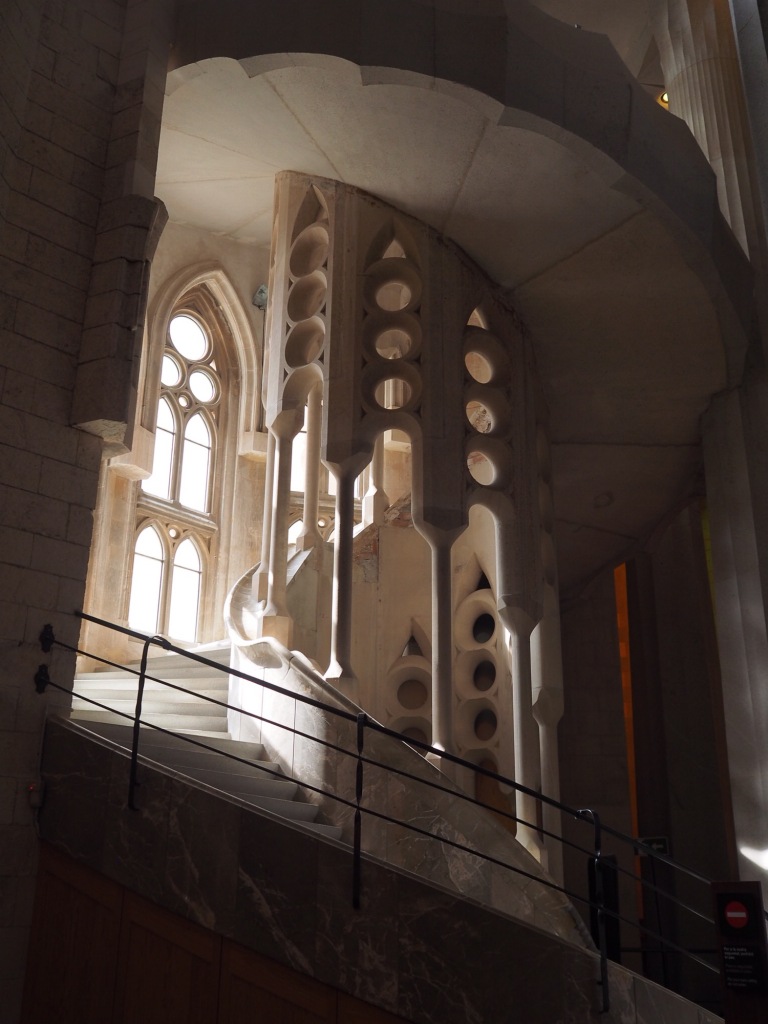 I had chance to explore a bit on my own as she studied a bit after we got back. This alone time is very useful for us. It is for me anyways. This calibration process that we have with each other helps us. This is probably based on my personality and the life I’ve had. It is certainly part of who Chrl is as a person herself. We have been very independent throughout our lives. It is part of the attraction we have for each other. The strain of taking care of everything is kind of getting to us. Chrl has been going strong and I admire her concentration. I may have faltered a little bit if it was me in her shoes right now. I think though that she is getting a bit of the flavor that I wanted her to experience while she has been here. I may push a bit but I am also holding back in making it too much. She needs her energy to concentrate.