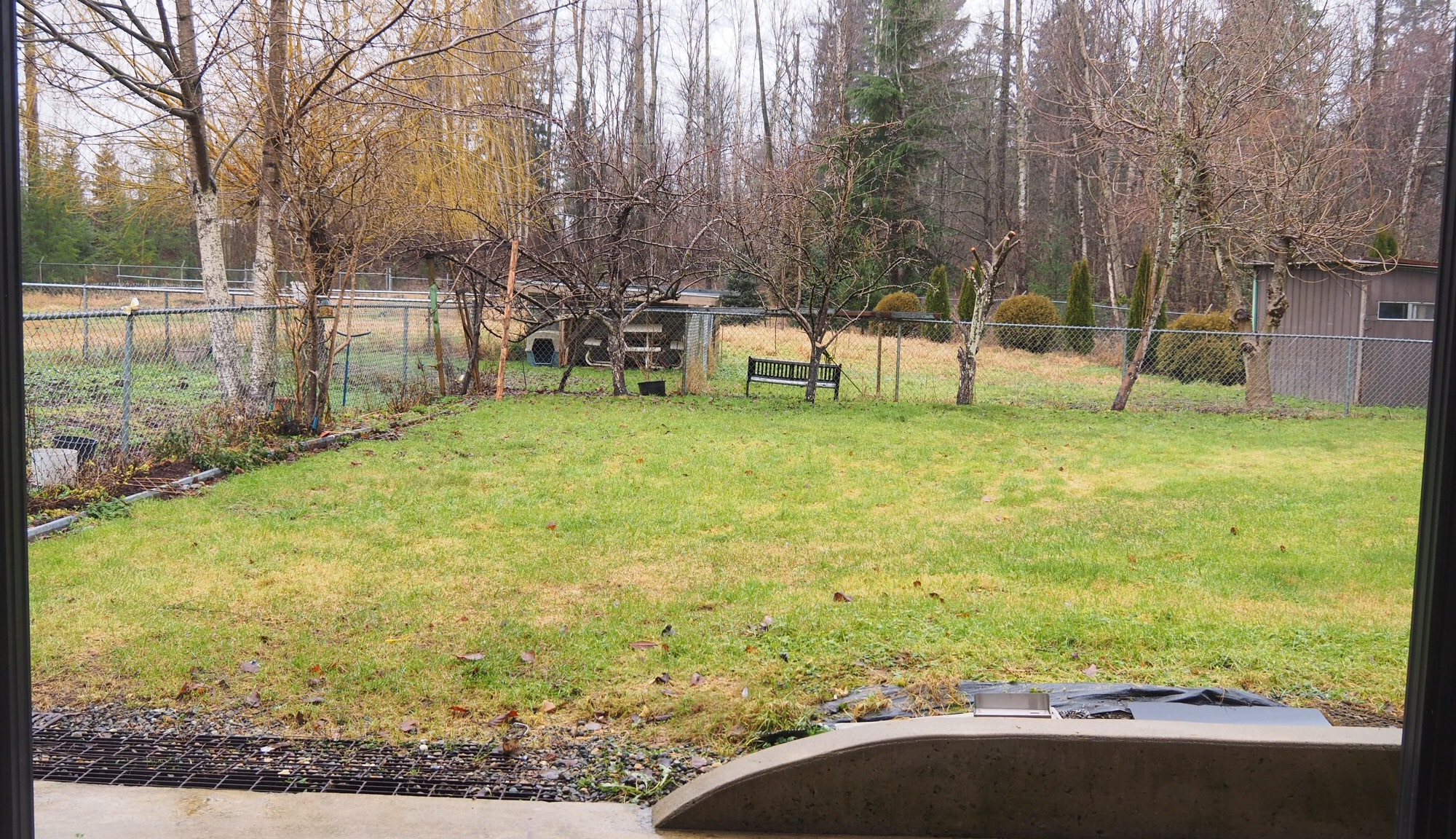 In the mornings it is always quietest before everyone gets up. The only thing that’s audible is the hum of the heating fan that pushes the warm air throughout the house. I ground my coffee as quietly as I could looking out through the window onto the darkened sky over the backyard. The blue light of the bug light illuminating the concrete of the patio. My folks will likely be living somewhere else by the time I come back.

I waited for the water to boil and poured the water over the freshly ground beans releasing the aromatic gasses that begin the brewing process. A slow drip through the hole into the largest cup I could find. The process takes about five minutes depending on the size of the cup. I added some half and half and some honey and went to sit down by the electric fireplace in the rocking chair to collect my thoughts about the previous day.

It wasn’t long before there was motion in the house. My mom was up and she smiled and said hello questioning me being up so early. It’s been hard sleeping on the couch. By this point I’ve been up for a while since sleep has been difficult peeking in on Barbs and saying a quick hello. This time in the morning before the boys wake up and before the rest of the house rises is my favourite. One of the boys wakes up quite early and roams the basement floor looking around playing with some of his toys. My dad was up not too much later. He had a small smile in his face as he went around doing his business too occasionally chirping in. I took all of this in as I recalled the experiences of the day before. Soon we would have to all be getting ready to leave the in-laws to the island and us to Barbs parents. There was time for breakfast and a group photo.

I’m glad to have finished all of my packing the night before. Since I was free I was employed in the task of making everyone a cup of coffee for everyone that wanted one. This process took a while as two little kettles of water needed to be boiled. It was a swirl of activity as everyone took turns in the one washroom upstairs. We kept talking and laughing with each other getting those last digs in before we separate once again. It’s this kind of family life that I enjoy. We somehow managed to have a really good time together over the past couple of nights. There was even a special moment that we witnessed my little nephew took his first step. He had stood up a few times already but today he took a step. Everyone rejoiced.

Saying goodbye is difficult and this was quite hard. It takes a while to process what happened as there is a physical component to emotion. As we drove to the Skytrain station I processed this feeling in relative quiet observing the traffic on this rainy day. We look like vagabonds with all the stuff that we have with us. My giant red suitcase taking up much space. A man complimented me on my choice of color saying

“right on man! I like the choice of color, none of this black that everyone has.”

We exchanged further pleasantries and wished each other a good day. Barbs mom came to pick us up. We couldn’t fit the damn suitcase in the trunk so it had to go into the back. The size is a bit much but I forget the issues with the design of certain makes of cars. It was my turn to make a good impression. We got to Barbs’ family home and I met her dad who was busy with the vegetables in preparation for lunch. It was Barbs’ mom’s birthday a few days ago and soon her brother and kiwi wife were coming over. We just kind of chatted around the kitchen island and watched as lunch was prepared.

It was a relief that conversation flowed pretty smoothly. With the addition of another couple the expected twenty questions interrogation didn’t happen. We just kind of talked and got to know each other. How we met how they met their experiences of travel and migration. I felt comfortable being there but know that this was just the initial meeting and that there will likely be more. We played a game called Dutch which involves getting rid of a particular pile of cards and then counting how many points you’ve got. It was something new to me but I got a small hang of it even winning a round.

We sat in the living room for a while and continued our conversations. There are a lot of stories about their experiences but we didn’t get the questions about how are you going to make it work. There are plenty of communications tools available to us these days and we will have to be weary of the time difference between us. The physical difference is going to be harder to address. We did have to go soon. There is the whole thing of flying out tomorrow night.

Barbs’ dad drove us back to the door. We carried all the stuff up to the flat and collapsed on the couch. The next few hours were spent enjoying the peace and quiet of an empty flat. We filled the space with some music and wide ranging conversation about what we just went through. It was good to connect. It was good to lay out all the stuff that I packed and begin repackaging it again. Barbs’ was a distraction sometimes intentionally and sometimes not but in a good way. Laying it all out helped me make better choices about how to condense it all into the limited space that I have. I’m still shedding things lightening the load of the burden that I’m bringing with me across the Atlantic. Emotions don’t weigh anything. We are confident in the future as murky as some things are.