Tokyo is every bit the big city as advertised. The movement and commotion happening all around is immediately felt the minute one steps off the train. The scale of the buildings is larger as are the number of places to visit. Tokyo has a large concentration of Fortune 500 companies and Michellin starred restaurants. The most of any city in each of those lists. There are so many things to see I wonder if there will be enough time. My first impressions as the train began to pull into the metropolis is wow what a place. As I walked along the streets later on I felt like it was a city that had something special that drew people to it.

In the morning it was a typical routine familiar now to me. Packing up and getting ready to leave for my last train journey here. I liked the hotel I’ve been staying at it was conveniently located and it had a coffee place right there for my morning cup. The room wasn’t big at all I barely had enough space to walk around the bed but this is typical here. My room in Tokyo is a bit smaller than that and I’m not happy with the internet connection. The speed is much too slow as I’m left waiting for a picture to download and my emails to refresh. The room in Kyoto was much better in that respect as well. 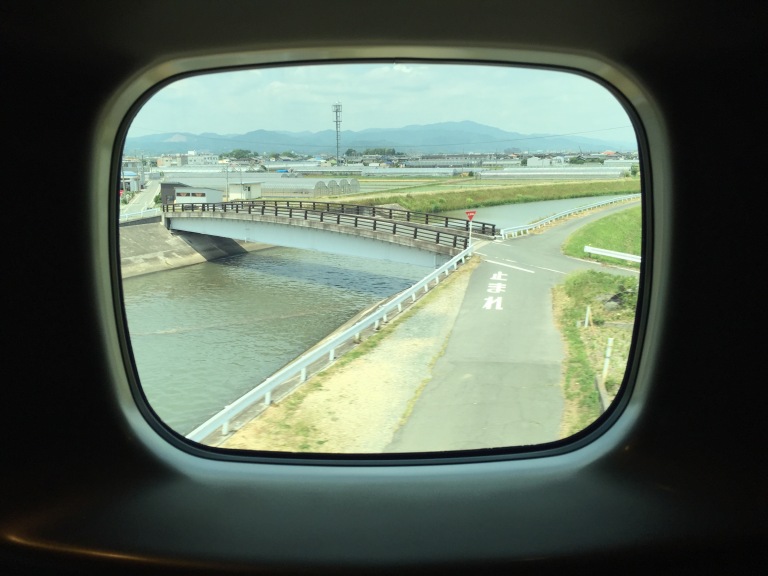 I had a great lunch before stepping onto the train. Waiting there on the platform before its arrival a typical tourist taking photos of the many things happening around waiting for the train to arrive. It’s not as exciting as the first time but great nonetheless. Today’s journey was two hours and forty-six minutes long. I can say that precisely because they are very punctual with their arrivals. I got an app that tracked the speed of the train and measured the distance. The top speed was 341 km/h with the average at about 260 km/h the distance was over 400 km. I didn’t start tracking it right away so I can’t say with precision how far it was. There were quite a few tunnels that were at least  5 km long guesstimating from watching the distance travelled in the dark. It was a nice journey. 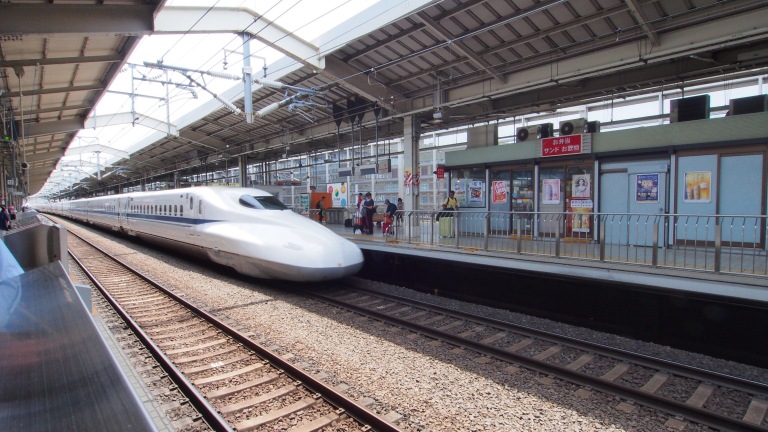 The hotel wasn’t that hard to find this time. I picked one that is right in the middle of the city. Apparently it’s in a district known for its many restaurants and bars. The signs are all vertically oriented as is everything here. The densely packed buildings necessitate multiple floors of entertainment space. At least I won’t have far to go if I decide to have a few drinks one night.

I walked to the Tokyo Tower an old broadcasting tower that is no longer used for that purpose. The high rises all around have blocked the TV signals that were broadcast from here. It is however a great city landmark. The tower is also close to another famous district of sorts Roppongi. It is an area with many shops and apparently many strip clubs. I haven’t been asked if I wanted to see “titties” so many times in a while. These questions were asked by foreigners who lined the streets trying to bring customers in to check out their club. This is in contrast to the other restaurants and shops all over the place.

Tokyo Tower had many photographers straining to capture it all. It’s height and the narrow area all around it made it difficult to capture it all. Straining myself with the rest of them it was an excercise worth undertaking. It is quite the popular spot for this as many people came and went satisfied with what they got. It is a place to talk and just sit and observe on the little wall on the side.

By this point it was getting late and I forgot to mention that I had a great sushi meal before this trip to the tower. I was hungry and as my are has many dining establishments it seemed like the right place to find something to eat. The sushi menu in front of the place had all that I needed to see and I made my way inside and was directed to sit at the counter. 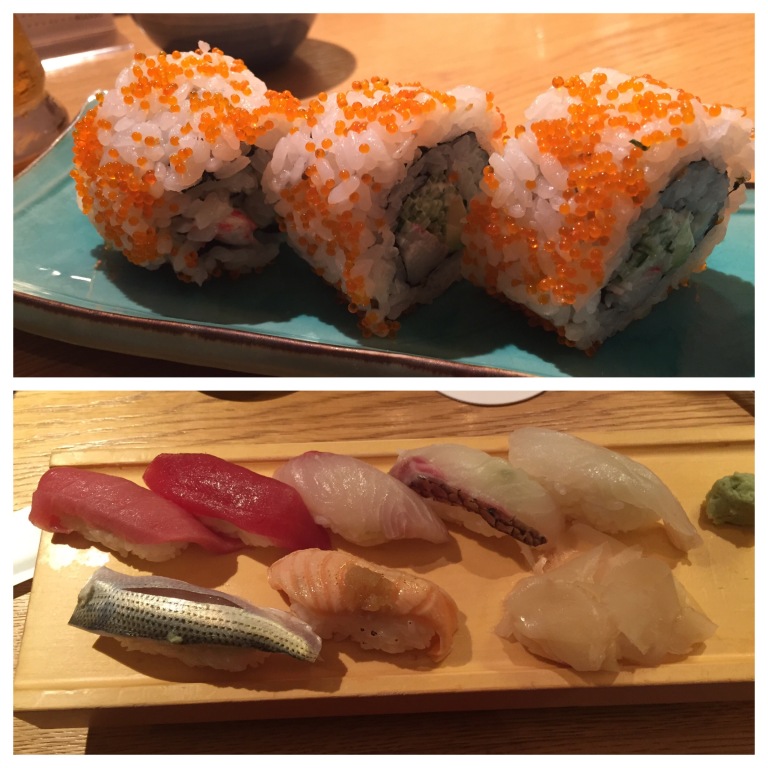 The menu was more like a book with different types of meals on top of the sushi on offer. I picked a variety of pieces and watched as he made them. As I ate I also watched him prepare a sashimi plate for one of the tables in the restaurant. It looked delicious. Dining in the city isn’t cheap. Nothing here is inexpensive. 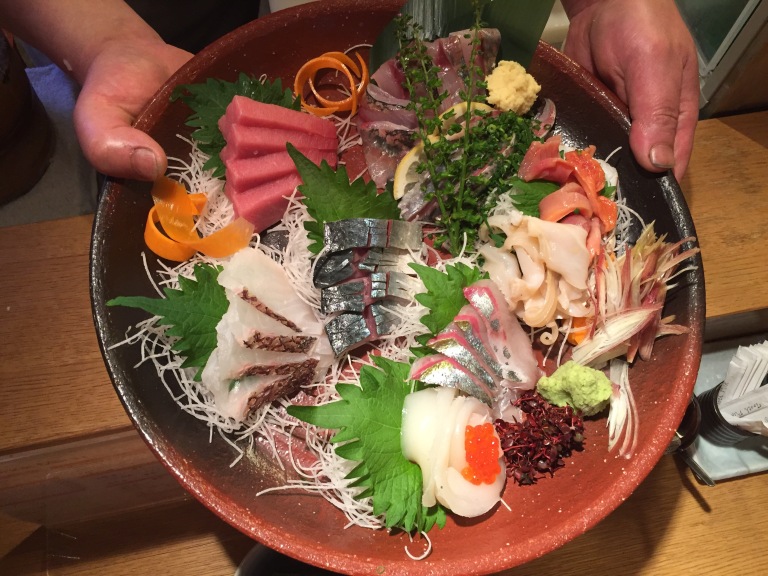 After the journey back from the tower I walked around the area by my hotel. It was kind of busy with groups businessmen and random couples interspersed amongst them. It’s an interesting mix but not one that I feel like getting involved with tonight. There are many more nights to spend here and I’ll save my money for them.