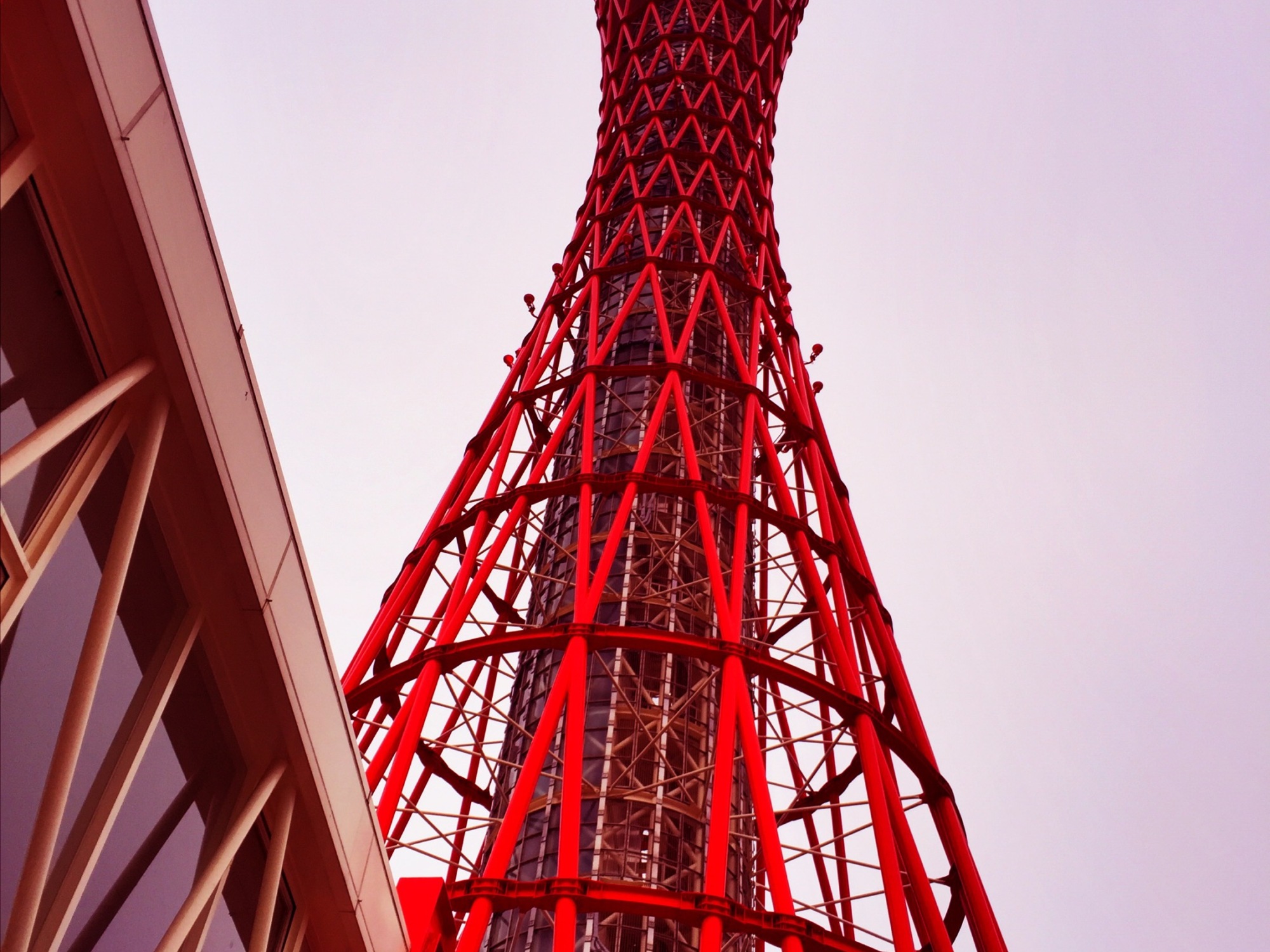 This day ended up getting rained out. I went out in the hope that it would subside at some point but it didn’t. I watched as fellow padestrians struggled to keep their umbrellas intact in the gusts of wind that invariably form in between the buildings. The rain put a damper on my spirit of exploration after fighting with it.

Luckily my room is decent. I got a chance to just sit back and watch some strange japanese television and read. Since there isn’t that much time left on this trip it’s nice to catch up with family back home.

At 1246 I was hurling through space at a very fast pace. For all the people here in Japan this is commonplace. For an outsider like me this is very much a novelty. Sure there are some fast trains in Europe but not like this. I have to remember to find an app that measures the speed covered in a distance although I could probably figure out the average by dividing the time it takes to get there. It won’t be long now until we get there as we pass through yet another tunnel that has been bored through a mountain or hill of some sort.

Getting to the hotel was a sinch as I prepared for the journey. I’m glad I never threw out the cheap umbrella I bought in China it saved the day. It buckled sometimes under the pressure of the wind that sometimes gusted. I looked lost at one point trying to spot the hotel and a man from a restaurant watched this and pointed me in the right direction. The hotel was a cross the street my map didn’t download all the detail that was needed to accurately find it. The hotel staff was nice too and within minutes I was in my room. It was time after a while to leave in order to forage.

The rain seemed to be easing a bit and I was optimistic that it would pass. I didn’t see the weather map yet. I was walking by a McDonalds and thought why not see how different it is. The style is definitely Japanese inside and the menu thankfully has pictures because otherwise it would be hard to order a burger. The staff as always was nice. 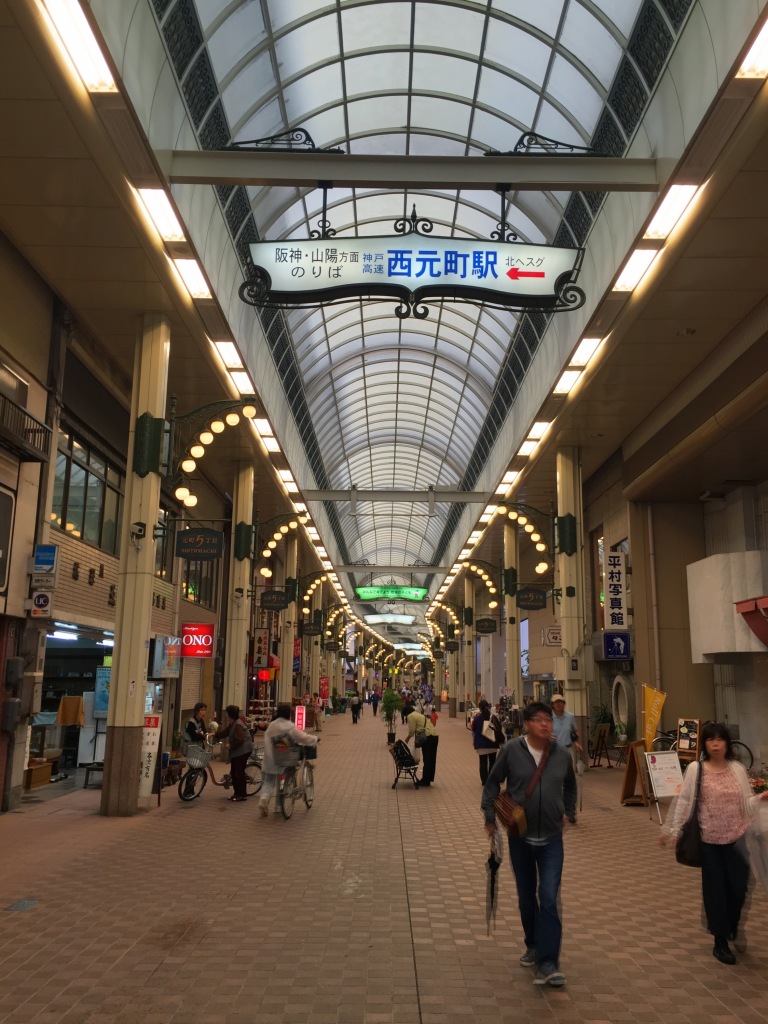 As I continued along I had a destination to get to. There is a tower on the waterfront that I wanted to see. I passed along many sights and navigated the padestrians crossings and finally ended up in a covered arcade. This is one of those long corridors lined with shops and covered with a roof. It didn’t have the same polished look but it had a variety of interesting shops and it most importantly helped me escape the rain. There were others thinking the same thing. I stopped at a coffee at a cafe. I must say that I really enjoy the service in this country. Every place you go to the people providing the service weather they are clerks at a convenience store or waiters, waitresses or anyone else always provides warm friendly service. This cafe was no exception. This was a serious coffee joint it had soft music playing in the background and a menu of many different coffees and teas. It had an old school style to it. I really enjoyed my stay in there. I got a chance to update my Instagram and check my progress toward my destination.

I walked along until it was time to go south towards my destination. The waterfront was close and there was a covered walkway for a portion of it. When I got to it the place seemed deserted. There were only a few souls there brave enough to face the rain. This would be a great place to be in nicer weather. I decided there to go back to the hotel. I still enjoyed what I saw but the driving rain dampened my spirit. 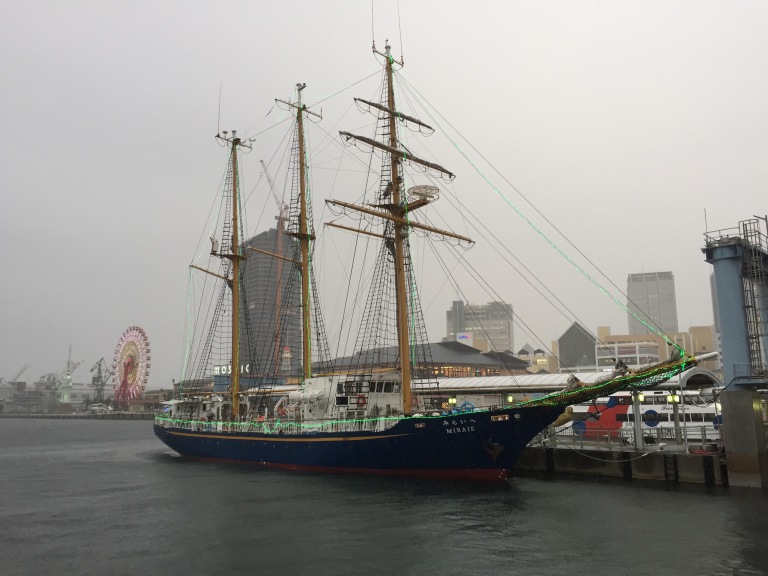 There was a giant complex that lay not too far away and it seemed to me that I would be able to find a transit connection to get me to my destination. The mall was huge and as I got to the other side I needed to cross the street. I waited there with others who timed their crossing with the changing lights. The pathway to the underground lead me through another shopping area. This was the final leg and then I figured out which system I would take. I had to take the overground for one stop. The platform was packed as were the trains. Rain marked the boundary of where one should stand. The stop I needed to get off at was remarkably close to my hotel and now I have a bit of an idea of how to get around the city effectively. I bought some provisions with which to settle down and spend my evening. Once in my room I checked the forecast and Saturday will be a much better day.